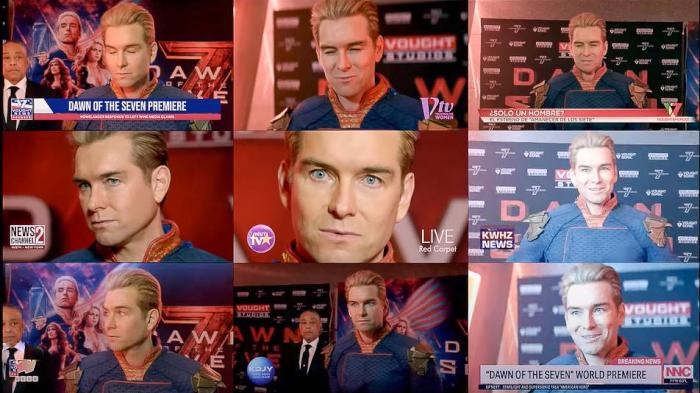 Hot on the heels of last week’s info dump about The Boys’ upcoming musical episode and planned college-era spinoff comes the first full trailer for season 3. In it, we see The Homelander’s PR-approved downplay of his hot and steamy relationship with Nazi Supe StumpStormfront, as well as Starlight’s unnecessary confirmation that Homelander, never the most balanced of gyroscopes, is losing his shit. A year’s come and gone in the Boys’ world and after a brief glimpse of happiness and normalcy it’s back to the meat of the matter. Take a look.

We’ve got blood. We’ve got guts. We’ve got blood and guts and even some plot! We also see Pajiba favorite and Rowles man-crush Jensen Ackles in his full glory as Soldier Boy for the first time. It appears he too has some unresolved trauma and/or anger issues. All these Supes need a few years of fairly intensive therapy, but can you imagine the mortality rate among mental health professionals who work in the super-powered community? A goldfish in a blender has a higher life expectancy. Fortunately for us, the happy viewers of this bloody madness, our favorite characters remain as unstable as ever.

Since I don’t remember much apart from heads bursting like microwaved tomatoes, it’s time to rewatch season 2. The Boys season 3 premieres June 3rd on Prime Video.


← Review: 'Firestarter' Is Stuck Rubbing Two Sticks Together | The Writers of 'Fear the Walking Dead' Have Given Up →