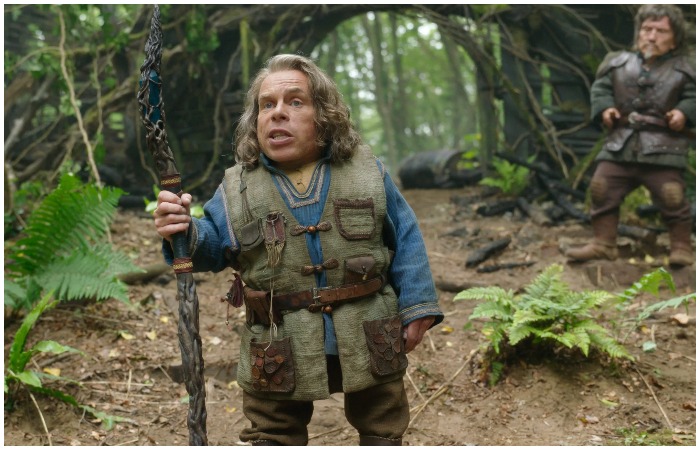 'The World Needs You Again': Watch the Disney+ Trailer for 'Willow'

Willow, released in 1988, culminated the decade’s love affair with epic fantasy films whose class also included The Neverending Story, Ladyhawke, Labyrinth, Legend, and a bunch of other quest-with-sword movies that a lot of us can probably still recite by heart. Lucasfilm and Disney continue to mine their back catalog for content and are giving us a follow-up series that will premiere this fall on Disney+.


The series continues the story of Willow Ufgood (Warwick Davis) who once again finds himself dragged into an adventure to save a magical world full of fairies, brownies, trolls, magicians, sorcerers, and whatever this thing is.

If you’re going to have a quest, you’re going to need a fellowship group of unlikely heroes. The series also features Erin Kellyman (Solo: A Star Wars Story, The Falcon and the Winter Soldier), Rosabell Laurenti Sellers (Game of Thrones), Tony Revolori (The Grand Budapest Hotel, Flash in the Sony/MCU Spider-Man movies), Amar Chadha-Patel (The Wheel of Time), Ellie Bamber (The Serpent), Ruby Cruz (Mare of Easttown) and Talisa Garcia. Joanne Whalley also returns, at least for a few minutes, as Sorsha.

Ron Howard and Kathleen Kennedy are among the list of Executive Producers and the list of episode writers includes folks with their fingers in a lot of popular, modern fantasy and sci-fi properties. This might be in good hands.