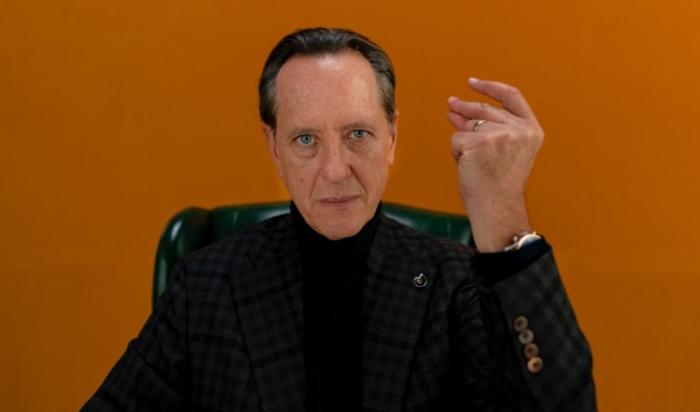 The Trailer for AMC's 'Dispatches From Elsewhere' is a Big Mystery

“Now that I have your attention, I shall begin.” Those are the first words out of Richard E. Grant’s mouth in the new trailer for the upcoming series Dispatches From Elsewhere. His character declares that several people have been chosen as “agents of nonchalance,” though it’s unclear what that actually means.

Per AMC, the series “follows a group of ordinary people who stumble onto a puzzle hiding just behind the veil of everyday life.” As is the usual, nothing is as it seems, nor can the mysterious dispatches be trusted. The trailer does reveal that the characters engage with the mysterious (and admittedly creepy) Jejune Institute. Their mission, should they choose to accept it? Find Clara. And that’s all there is to know about the new AMC show, which is itself an enigma. Strangely, I feel like that’s very much the point.

So yeah, after watching the trailer, I can 100% say that I understand very little about what’s happening, though the unnerving trailer is deeply compelling nonetheless. The mysterious trailer seems to imply that to give anything else away about the show would spoil everything. It’s like a puzzle that the audience, much like the characters, has to figure out.

Check out the full trailer below!

Dispatches From Elsewhere will have a two-night premiere, airing on Sunday, March 1 and Monday, March 2 at 10/9c on AMC.