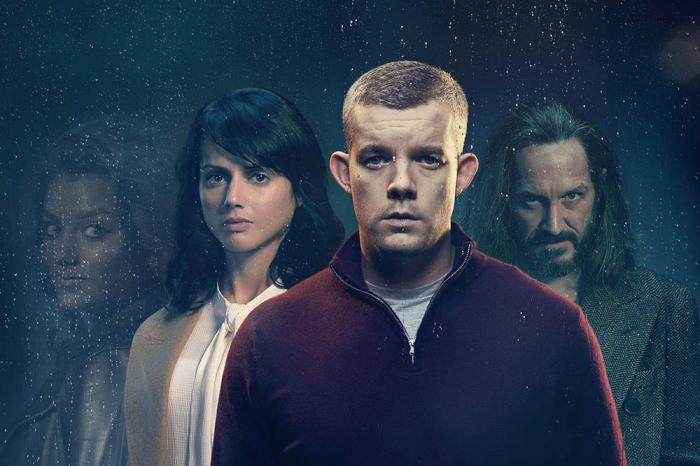 'The Sister' Review: An Intense Mystery Thriller That Sidelines the Supernatural

Based on showrunner Neil Cross’ novel Burial, The Sister gets off to an ominous start. Nathan (Russell Tovey), who is a handful of pills away from attempting suicide, is stopped in his tracks when he hears the voice of Holly Fox (Amrita Acharia) on his TV, pleading with anyone who has information about the disappearance of her sister Elise (Simone Ashley). By that point, it’s been three years since she was last seen and no one is any closer to finding out the truth of what happened after she attended a New Year’s Eve party.

Seven years later, Nathan is in for a rude awakening when he’s visited by Bob (Bertie Carvel), a man who believes ghosts walk among the living and has returned to ask Nathan for assistance in digging up Elise’s body before it’s discovered by real estate developers. As it turns out, Nathan and Bob were involved in Elise’s death — a mystery that unfolds throughout each of the four episodes and evolves into something more sickening than expected. However, things get all the more complicated when Bob discovers that Nathan has up and married Holly. Dun dun dun.

With only four episodes to weave its story together, The Sister makes good use of every moment. The mystery is engaging enough from the get-go, crafting a whodunit plot that becomes more disturbing and devastating as it unravels. And it does unravel, with Nathan growing more desperate and unhinged the longer Bob sticks around. Nathan, who seems happy with Holly, wants to keep up the illusion that all is well in his life. If she never discovers he was at the same party as Elise, then he can pretend the incident is behind him. It’s unsettling to watch Nathan cling to the life he’s carved out for himself knowing that it’s all been built on a lie. He fears Holly would leave him if she found out the truth about Elise and I kept wanting her to discover something so that Nathan could face some consequences.

Bob is the exact opposite, pestering Nathan to take care of things not only because he fears being caught, but because he says he’s supposedly being haunted by Elise. Their relationship is fraught, unwillingly tethered to one another because of a secret and a crime. What’s weird is the narrative definitively paints Bob in a negative light; he’s the clear antagonist no matter how you perceive the story. And yes, Bob is terrible, creepy, and nonchalant about Elise’s death. However, the fact that Nathan tries to alleviate his guilt by finding Holly and worming his way into her and her family’s lives through stalkerish behavior is barely called out and criticized (and Bob only mentions it once). It’s like Cross sees Nathan as a sympathetic character despite his actions. While the story developments clear up a few things later on, Nathan isn’t as decent as the story paints him to be.

The series also misses an opportunity to explore Holly’s point of view and treats Elise as expendable, a device to drive the plot forward and enrich the mystery. She is not shown outside of the night she disappeared and The Sister would have benefited from including flashbacks to her relationship with Holly and her family. In this instance, she’s merely another missing woman whose life is set aside and ignored completely to focus on the men involved in her disappearance and it’s frustrating that women can’t be central to narratives that involve them. Elite is one of the only series in recent years to actually showcase Marina’s life and personality despite her murder driving the story. The Sister could have learned a few things from the Netflix show.

The series is creepy and dark (in all seriousness, it’s difficult to see anything sometimes because the lighting is pretty bad), toeing the line between murder mystery and supernatural thriller. For all that Bob is entranced by the paranormal and speaks often about seeing and hearing Elise in the years since her death, The Sister barely brushes the surface of ghosts and the afterlife. It wants to stay grounded while sprinkling in doubt as to whether or not Bob is being honest regarding what he saw, but it would have been far more interesting had the series dived right into the supernatural aspects of the story. It would have also been far more compelling and intriguing if Elise was actively haunting Bob and Nathan.

All that said, The Sister is good at building the tension, capitalizing on the main duo’s chaotic relationship, transgressions, and Nathan’s avoidance to fuel the story. The answers to the mystery are also unexpected, twisted to fool the audience without derailing that which makes it engaging. However, it’s so focused on the mystery itself that it fails to explore much of anything else and, when all answers are finally revealed, the series stumbles into a finale that feels unearned.

The Sister is streaming on Hulu Friday, January 22.

← 'A Discovery of Witches' Season 2 Review: The Rules Of Time Travel Are Simple And Finite ... | Open Thread for Parents of School-Aged Children →