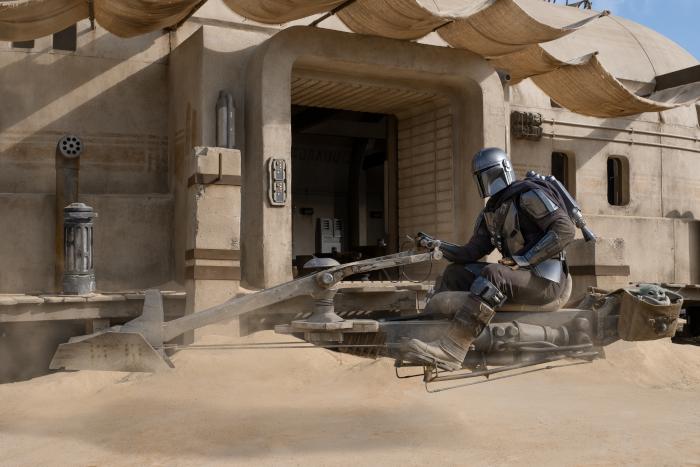 The Mandalorian Season 2 is in interesting territory. The first season generally thrived on expanding the Star Wars universe without relying too much on the original movie trilogy, moving boldly in new directions that made it accessible to everyone without being so heavily bogged down by its own mythology.

The Season 2 premiere maintains that same energy for the most part. However, it settles into a new season by largely ignoring the cliffhanger from the Season 1 finale — allowing the audience to ease into the storyline without being overwhelmed by exposition. Despite the introduction of Timothy Olyphant’s Cobb Vanth, who is an interesting character, the premiere was too long and a bit too slow to create any excess excitement for the rest of the season (at least for now).

SPOILERS for The Mandalorian Season 2 episode, “Chapter 9: The Marshal.”

The episode begins with Din Djarin (aka Mando, played by Pedro Pascal) attempting to track down more Mandalorians who can help him locate The Child’s species and get him to safety. He hits a minor roadblock before traveling to a remote location on Tatooine where another supposed Mandalorian lives.

However, he quickly realizes that this guy — Olyphant’s Cobb Vanth — is simply wearing the stolen armor of Boba Fett, the bounty hunter presumably killed in Star Wars: Return of the Jedi. In exchange for getting the armor back, the Mandalorian promises to help Cobb get rid of the krayt dragon, a sand creature that has been terrorizing the town for years. Meanwhile, the Child (lovingly referred to as Baby Yoda by everyone except the characters on the show) coos adorably on the sidelines.

That’s pretty much the whole episode, which includes some fantastic action sequences and special effects. The premiere is a simple, straightforward western space adventure that offers more of Tatooine, delving into what life is like on the desert planet, as well as the type of personal conflicts and creatures that dwell there. The set-up and the tension-building are good, though I admittedly didn’t care too much about Cobb nor the small town he protected as Marshal all that much.

That is where Star Wars properties have typically failed: in their lack of character exploration, too busy with gallivanting adventures than in providing more fully realized and richer character drama. The Mandalorian is often a prime example of that, though it does expand on the galaxy far, far away in a potent, more thoughtful way than the films ever have. Season 2 continues to build out the world while revisiting some familiar locations from the first season. The biggest takeaway from the episode ultimately lies in Temuera Morrison’s appearance at the very end of the episode. No more sarlacc means that Boba Fett is probably alive, sans his armor, and has been hanging around Tatooine for some time.

The show doesn’t confirm who Morrison is playing, but it seems painfully obvious, especially considering that The Mandalorian draws a lot from the iconic bounty hunter. It’s also perhaps the biggest connection the series has made to the Star Wars movies. I’m not really sure what Morrison’s arrival means for the rest of the series, but the mystery, Din Djarin’s continuing search for other Mandalorians and Baby Yoda’s species is intriguing enough to keep Season 2 afloat for now. I suspect the rest of the season will continue in the vein of exploring side plots like the one in the premiere before tying everything together.

That said, I’m going to need The Mandalorian to pick up the pace a bit because it risks getting dangerously close to dropping off completely if it doesn’t get back to what Moff Gideon is doing with the darksaber — a legendary lightsaber belonging to the Mandalorians — and the mystery surrounding Baby Yoda.

← On the Eve of the Election, A Little Hope in the Numbers | From 'Piranesi' to 'Solutions and Other Problems': Some Thoughts on Some Books I've Read Lately →