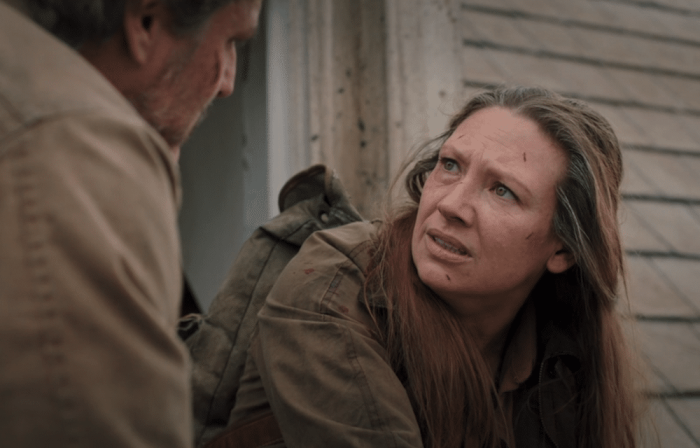 'The Last Of Us' Episode 2: The Things We're Not Prepared To Face

Remember how unsettling it was to hear the funny guy from The Mummy talk about how we should all be really, really afraid of a fungipocalypse at the start of last week’s episode? Well, it turns out The Last of Us isn’t done with the creepy flashbacks, because episode 2 kicked off with a glimpse into the start of the outbreak… in Jakarta. If that sounds familiar, it’s because Joel and Sarah heard a radio news broadcast mention a “continued disturbance in Jakarta” while they were eating breakfast during the premiere, and this new flashback rewinds the clock to show us the start of those events, two days before that fateful breakfast.

On September 24, 2003, soldiers pick up a woman eating lunch and minding her own business, then whisk her off to a lab for a secretive consult. Unlike that bygone epidemiologist merely theorizing that mushrooms could pose an existential threat to the world, this woman, Ibu Ratna (Christine Hakim), is a professor of mycology at the University of Indonesia who has devoted her entire life to the study of fungi. She’s brought in to look at a sample of ophiocordyceps that was harvested from a human subject (supposedly impossible!), and then is escorted to examine the body of the subject herself.

What she finds terrifies her: Mycelium — the thread-like network of roots that connect fungi and allow them to communicate — has woven itself through the corpse, from underneath the skin at the site of the bite mark all the way to the subject’s throat. Ratna reaches into the mouth with tweezers to extract a sample and it’s still twitching. She drops it and runs out. Of course, we’ve also seen those same mycelia in the premiere, protruding from the mouth of the old lady that lived next door to Joel and Sarah. It’s how the infection spreads from bites in the first place, and it’s a structure that will play a greater role later in the episode.

A military official explains that the body she examined belonged to a worker at a grain factor (“a perfect substrate,” Ratna mutters). That worker went on a rampage, attacking a few of her colleagues before she was killed. Those colleagues were monitored and eventually executed as well when they showed signs of infection. Unfortunately, they never captured the person who originally bit the woman… nor have they located the fourteen other factory workers who have gone missing since. And folks, that’s how you get yourselves an outbreak! The official asks Ratna for her help, for a medicine or vaccine that can stop this spread, and Ratna has no comforting advice to offer. There is no vaccine, she says. There is no cure. In her professional opinion there’s only one option left: 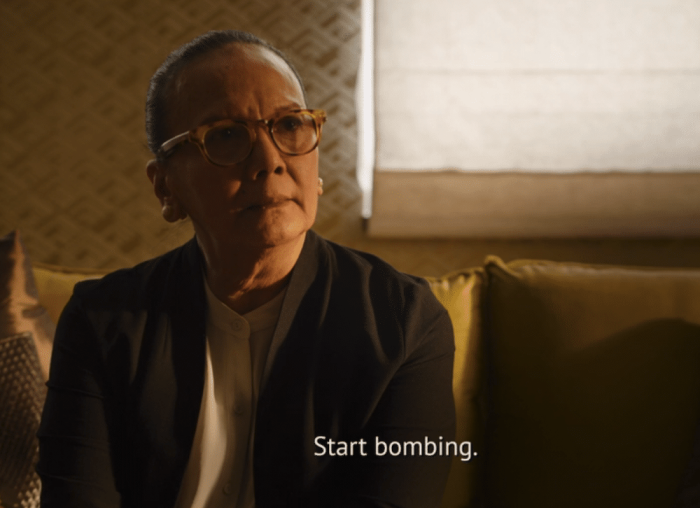 Last week, I wrote about the “calculus of survival” in The Last of Us — all those brutal decisions people make in impossible situations, choices that are emotionally devastating yet coldly rational (like the soldier choosing to shoot at Sarah and Joel). This is another example of that calculus, made even more unsettling coming from the mouth of a mild-mannered scholar. A scientist determines that science won’t save us, and recommends the destruction of countless innocent lives in the hopes that it will save countless more. Of course, we already know that it doesn’t. It was already too late.

The Last of Us has stayed broadly faithful to the plot of the game despite changing certain details, but these flashbacks are a creation wholly unique to the show and something I hope we’ll see more of in weeks to come. This one in particular sets up the destruction we witness in Boston as Joel, Ellie, and Tess weave their way through the city on the way to their meeting with the Fireflies (bombing turns out to be the solution a lot of governments chose), and it also continues to fill in our understanding of the nature of this infection and how it spreads — a fitting topic for an episode titled “Infected,” though sadly not the only reason it earned that title.

This week the show settled into something closer to a status quo, as our heroes traversed a landscape that could be quiet and picturesque one minute and then OH GOD WHAT THE F*CK WAS THAT the next. It’s also an episode that balanced equal doses of dread for viewers and game players alike. For viewers who recognized what it means to be listed as a “guest star” on a show like this, the inevitable happened: Tess got killed off. First, she was infected, and then she sacrificed herself in a blaze of glory so Joel and Ellie could escape the zombie horde attacking the State House, where all the Fireflies were already dead. Really, though, it means that Anna Torv is gone (barring some more of those aforementioned flashbacks), and that’s truly a shame. The character of Tess didn’t make that much of an impression on me in the game, but Torv transformed the part into something unforgettable with her mixture of hardbitten determination and wary hope. She’s one of those actors that is never on our screens enough but is always the best part of whatever she’s in. It made me want to rewatch Fringe, obviously, but it also made me more excited to see how the other side characters will come to life on this show (next week’s introduction of Nick Offerman and Murray Bartlett should be especially interesting).

For players, though, we got to see a different moment we’ve been dreading come to life: Clickers. It’s always the goddamn Clickers. This particular iteration of the infected is the thing that caused many a person to throw down their controller in disgust, and the show managed to make their introduction just as frustrating and chilling despite the fact that we didn’t have to fight them ourselves. The episode seemed to taunt us with its sound design, which mimicked the distinctive sound the Clickers make on at least three separate occasions: When Professor Ratna rattles her teacup against its saucer in fear, when Joel slowly opens the door of the hair salon where they spent the night, and then in the museum as the floor settles before caving in — right before that actual Clickers arrive. Listening out for any hint of that clicking sound is ingrained in players, and it was a nifty trick to use that habit against us in the show even before the main encounter.

Speaking of the main clicker encounter, my favorite moment of the whole episode might just be the hysterically understated way Joel put his finger to his lips to hush Ellie, as though that childish gesture could in any way convey just how necessary it is to be absolutely quiet with these things milling around. Their eyes have been covered by the spread of the infection, and instead they echolocate like bats using that horrifying clicker sound — and they have the heightened hearing to make it work, too. Game writer Neil Druckmann directed this episode, and it shows in the way this sequence is staged to recreate the feeling of facing off against this particular enemy. Joel uses shattering glass to distract a Clicker, and he also struggles to reload his pistol in perfect silence without catching its attention. Meanwhile, Tess manages to hit one in the head with a hatchet and it still doesn’t go down, because these are some hard enemies to defeat.

We didn’t get to see a lot of the infected last week, but this episode more than makes up for it — and surprisingly the Clickers might not actually be the worst fungal fiend we had to watch. In a nice bit of payoff for that Jakarta flashback, the gross-out award goes to… mycelium! Those nasty little tendrils alert an army of the infected from hundreds of yards away, providing Joel and Ellie’s precise location, and then when Tess stays behind to buy them time to escape we, uh, get a closer look at the mouth ones. 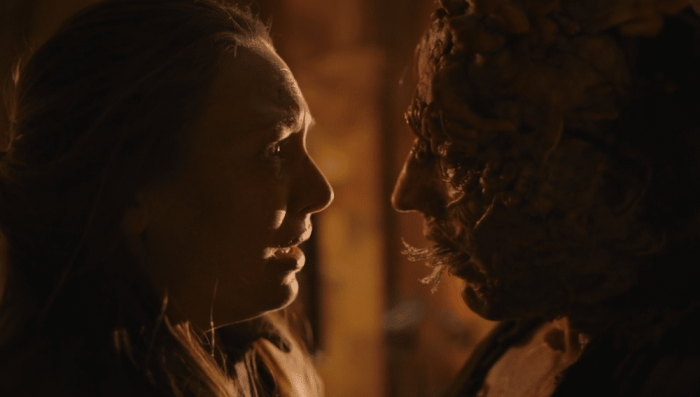 Unless I just blocked it from my memory, I’m pretty sure we can add “Fungal French Kissing” to the list of things the show has invented for this adaptation. You know what? Let’s just bring back the Clickers, I’m fine with them, more Clickers please!