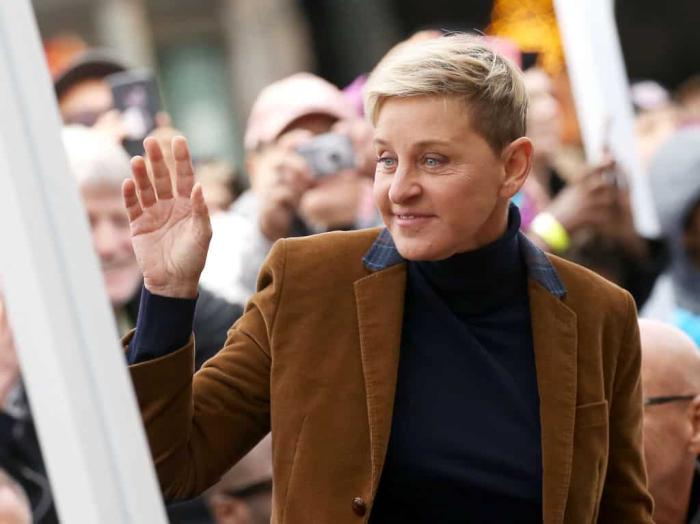 Variety reported last night that The Ellen DeGeneres Show is currently the subject of an internal investigation by WarnerMedia following multiple accounts of workplace problems. A memo was reportedly sent to staffers last week noting that WarnerMedia had employed both their own employee relations group and a third party company to talk to workers past and present about their experiences on the long-running and wildly popular show. This news follows months of increasing noise surrounding DeGeneres herself and her show’s executives and the way they allegedly treat people.

This month, Buzzfeed published an investigation into alleged racism and workplace intimidation on the show, which included claims that employees were essentially punished for taking sick leave and that one Black staffer faced endless racism and microaggressions from both fellow workers and their bosses. In April, Variety also reported that Ellen staffers were being poorly treated during the ongoing coronavirus lockdown, with the core stage crew kept in the dark over their pay even as the show continues to air, with DeGeneres filming from home with an outside, non-union tech company.

Months before these trade stories made it into the limelight, there seemed to be a great changing of the tides, with more and more people talking publicly about either their own personal bad experiences with DeGeneres. The open secrets of her notorious nastiness became so impossible to ignore that ‘sources’ had to run to Us Weekly to let the people know how sad it made poor nice Ellen. As we’ve talked about before, nobody in the business has commodified the bland platitude of niceness as effectively as Ellen, has, nor has anyone else weaponized it so unnervingly. After many years of being one of the most beloved and untouchable of celebrities in the industry right now, it seems that a hell of a lot of people are sick of staying quiet. That has its power. Do you think WarnerMedia would be launching this sort of internal investigation had the story not made its way beyond social media? Sometimes — actually, pretty much all the time — you need to embarrass the guilty into taking accountability.

Of course, this isn’t just about Ellen herself. It’s about the professional environment she fosters and the obvious disconnect between brand and reality. Money and power allow people like DeGeneres and her executives to treat people like sh*t. That’s capitalism in a nutshell, and Ellen has made WarnerMedia tons of cash. The more her audience adores her — even as she seems actively disdainful towards them — the more the business model works and the more those at the top can act with impunity.

So, what now? An investigation is underway and employees, both current and former, are getting the freedom to contribute. Will it make a difference? Will it impact Elen herself?

Honestly, I would tell you all not to hold your breath.

DeGeneres spends most of her show looking at her audience, her guests, and the endless array of adorable moppets with such disinterest, yet crowds still cheer her on. She’s putting her name on a lot of shows over on HBO Max. Her clothing and accessories brands sell remarkably well. Ellen, both as a person and a corporate entity, is untouchable, even now. If anyone is impacted here, it will be the executives whose names and faces you don’t know, and even then, we know how much trouble the industry has with letting go of active abusers.

Here’s what I think will happen: DeGeneres will at some point have to make a public statement. She’ll either do it while her show is still being shot from her own mansion or she’ll wait for further developments and the opportunity to get in front of her dedicated audience. She’ll claim that she never had any first-hand experience or knowledge of this abuse but is sorry for all the hurt that may have been caused. Ideally, she’ll shed a tear or two, then further plug her Be Kind motto and t-shirt slogan without saying anything truly meaningful. The audience will erupt into cheers then have a dance-off to Katy Perry’s ‘Firework.’ The investigation will go away quietly, tabloid ‘sources’ will talk about all the nice things Ellen is now doing for her employees, and all those workers who bravely spoke out… Well, do I even need to say how employable they’ll be in the future?

Sadly, all of this stuff, while hugely important and part of a much wider issue of workplace harassment and bullying, is still seen as inside baseball stuff to the lion’s share of Ellen’s fans. They only care about Ellen herself, and even if she were to go on the air and admit she personally fed her writers to the hyenas, they’d excuse her actions. Her brand is so bulletproof to them. She tells people to be kind and surely that matters more than if she isn’t kind herself? They’ll probably cry witch-hunt or cancel culture or something equally disingenuous.

However, DeGeneres has spoken before about wanting to step down from her show and do something else in the near future once her contract is over. Said contract runs out next year. If she wanted to use this as a convenient out, I wouldn’t be surprised. It depends how many zeroes they add to the end of her cheque.