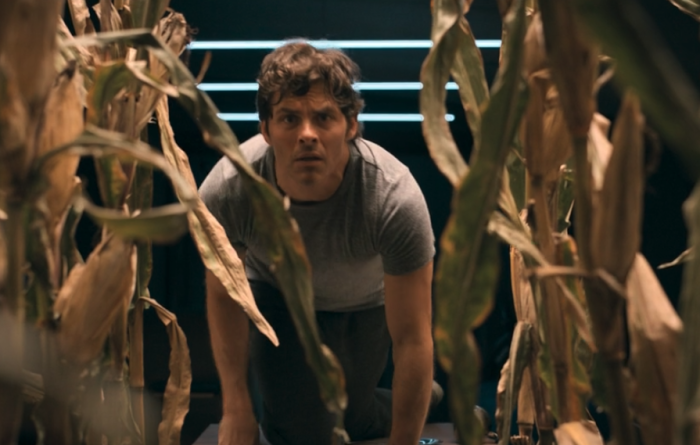 Stream It Or Nah: 'The Stand' Is Here To Remind You Just How Much Worse 2020 Could Be

Depending on which metrics you follow, Stephen King is probably THE most adapted living author, by a wide margin. His prolific career has generated enough fodder for dozens upon dozens of films and television shows, and has spanned enough time that we’ve seen several of his works not only made but remade already. For Hollywood, however, The Stand might just be the white whale of King’s catalog. The absolute doorstop of a novel is widely considered to be King’s masterpiece, and by King’s own reckoning, it’s his attempt at a contemporary “The Lord of the Rings” saga — an epic journey through a post-apocalyptic America as the forces of good and evil stage an elaborate tug-of-war for the souls of humanity’s last remaining survivors. Of course the Flagg devil is in the details, and the trouble with The Stand is that it is simply too massive to fit in a single movie, but still too disturbing to sit comfortably on primetime television without being sanitized. That’s not conjecture, that’s fact — King failed to wrangle the text into his own film adaptation in the ’80s, and we got the sanitized version in a star-studded ABC miniseries back in 1994.

Now, after a few more decades in development hell, a new miniseries adaptation has just launched on CBS All Access, created by Benjamin Cavell (SEAL Team) and Josh Boone (The New Mutants). Depending on how you look at it, this is either the best or absolute worst time for The Stand to hit our screens. The good news is that, thanks to the rise in streaming television, a network like CBS can invest in a show like this without pulling its punches, meaning there’s a real possibility that this 9-episode series can be as disturbing as the source material. It’s also just the sort of splashy property CBS All Access needs, as none of its other shows (outside of the Star Trek umbrella) seem to have gained them any traction. On the other hand, this is a show about a superflu wiping out over 99% of the world’s population, and its audience is 9 months deep into a real-life pandemic. So, are you the sort of person who finds an escapist comfort in exploring just how much worse it could be for us, or are you the sort of person who will anxiously reach for your mask every time you hear a foreboding cough on-screen? Because let me tell you: The first episode has A LOT of foreboding coughs.

I know a lot of reviewers out there got advanced access to the first 6 episodes of the miniseries (check out Roxana’s review at Variety, for example!), but not me! I logged onto (somebody else’s) CBS All Access and watched the premiere episode two days late, like a PROFESSIONAL. So, here are my thoughts based entirely on that first episode, titled “The End”: That title is appropriate because we’re gonna have to wait until the very end of the season to really see if this whole thing was worth it.

Don’t get me wrong, the premiere is fine. It’s even promising, at times! The creators have made the bold choice to drop us into the story in media res — in Boulder, Colorado, where a group of survivors have come together to eke out a community from underneath a pile of corpses about 5 months after the “Captain Trips” virus wreaked havoc on the population. How the survivors got there, and specifically how the main characters got there, and even more specifically who the main characters are that got there, unfolds in flashbacks. This tactic works insofar as viewers who are unfamiliar with the story will get a sneak peek at where it’s all heading, but it’s also frequently disorienting and manages to undercut the narrative weight of the characters’ journeys by making them things of the past while still devoting most of the screen time to them. There is a payoff for the flashback tactic, though, and it comes into focus in the final few moments of the premiere as the show rewinds to the very beginning of the outbreak. A soldier named Campion escapes the lockdown at the secret research base where “Captain Trips,” a man-made contagion, was initially unleashed, then proceeds to pick up his wife and child and flee across state lines, not realizing he’s already infected and spreading the disease in his wake — and all along his journey, we get our first glimpses of the mysterious Man In Denim who is manipulating these events toward his own inscrutable ends: Randall Flagg, played by Alexander Skarsgård. 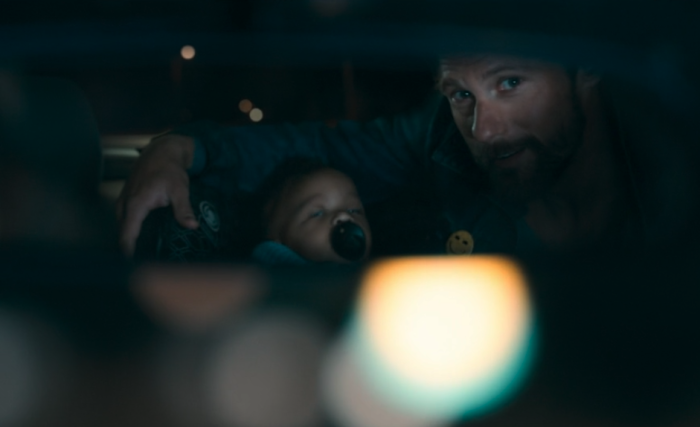 That one brief shot of Flagg’s face in the rearview mirror as Campion goes on his infection tour was absolutely enough to hook me into tuning in again next week, if the rest of the cast hadn’t already given me enough of an excuse. James Marsden, who literally always deserves better in his career, brings dem cheekbones to bear as morally upright everyman Stu Redman, and it is to Marsden’s credit that all he needs to do is show up and we clock him as the hero this apocalypse needs. Likewise, Owen Teague is superbly deployed as a bitter young incel named Harold Lauder, who thinks this disease is his chance to play the hero to the object of his obsession, Frannie Goldsmith (Odessa Young) — until the time-jump shows he will likely prove a villain. We also get a brief glimpse of Whoopi Goldberg’s satisfyingly down-to-earth Mother Abagail, who speaks to Frannie in dreams and seems to be summoning survivors to Colorado. Future episodes will introduce Amber Heard as Nadine Cross, Jovan Adepo as Larry Underwood, Brad William Henke as Tom Cullen, Nat Wolff as Lloyd Henreid, Henry Zaga as Nick Andros, and Ezra Miller as Trashcan Man, though some of these casting decisions have already come under fire as they involve hiring actors without disabilities to play characters with disabilities. I can’t speak to performances I haven’t witnessed yet, so instead, I’d like to give a shout out to Hamish Linklater and J.K Simmons, who nearly stole the show with their delightful and short-lived (get it?!) appearances this week. I don’t know how much room there is for similar one-off guest spots moving forward, but if those two are any indication, I’m hoping there are more surprises in store. The other thing that bodes well for this adaptation is the depiction of Captain Trips itself, which is satisfyingly gross as characters collapse under the combined weight of their own snot and bloated tube necks — though none of it holds a candle to how unsettling every single cough is.

Stu, who encountered Campion in Texas just before the soldier finally succumbed to the disease, winds up in government custody as they scramble to use his mysterious immunity to come up with a vaccine. It doesn’t take long for the disease to infiltrate their top-secret facility, however, and soon enough Stu is walking away from a second outbreak as the sole survivor. Meanwhile, in Ogunquit, Maine, Harold is delighted and Frannie is distraught to discover that they are the last people alive in their town — and maybe even the world. After thwarting her suicide attempt, Harold convinces Frannie to travel with him to the CDC headquarters in Atlanta, in hopes that their immunity can prove useful there. That’s about all the plot we get in the first episode, other than seeing Abigail and Flagg appear in conflicting dreams as portents of something on the horizon. I’m sure Whoopi will be great, but as anyone who has read the book knows, it’ll be Skarsgård’s Flagg who will really make or break this miniseries — and unfortunately, unless these time-jumps mix things up even more, we probably won’t get much of him until the back half of the season.

Waiting on Flagg is one reason I said so much hangs on how this show ends, but the other reason is the hook CBS itself has been touting: an “all new coda written by Stephen King.” What the hell does that mean?! Will the show have the book ending, and then some? Or will there be a new ending? Will the coda open the show up to being something more than just a “limited event”? Will I watch all nine episodes, whether I like The Stand or not, just to find out what that coda is?