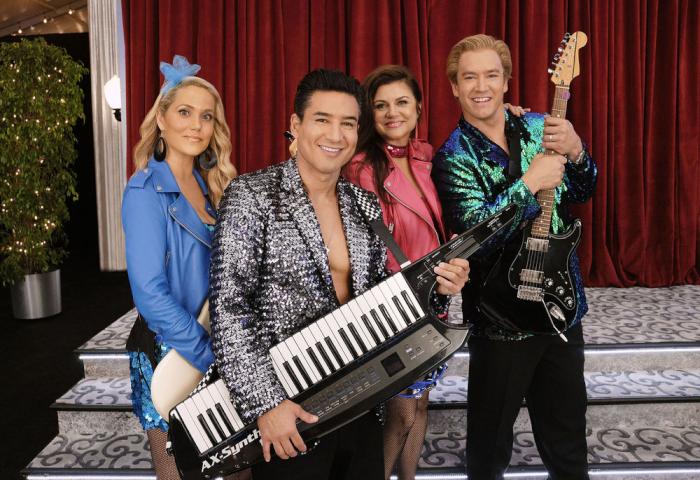 “It’s alright, ‘cause I’m saved by the bell.” I’m sure we’ve all had the cheery Saved by the Bell theme song stuck in our heads at one point or another. Let’s face it, it was pretty addictive and catchy despite the fact that the bell never actually saved anyone from anything on the show. Ahead of the Saved by the Bell revival, which is out November 25, Peacock has released the updated version of the classic theme song by rapper Lil Yachty. The new version has obviously been remixed to suit the modern-day teenagers populating the halls of Bayside High School.

The lyrics are more or less the same and there’s even a bit of auto tune thrown in there at the end for good measure. It’s a good update that blends together the best of both worlds, enough to appease hardcore Saved by the Bell fans and possibly bring new audiences onboard (though who are we kidding, this show is mostly a large dose of nostalgia for those who grew up watching the sitcom).

Hilariously, the opening credits do throw in said nostalgic items — Zack’s 90s cell phone and sneakers show up alongside footballs and desk chairs. When Mario Lopez and Elizabeth Berkley’s pictures and names flash across the screen, iconic scenes from the original show appear behind them, which is pretty cool and all. I will share my thoughts on whether revival is actually good or not soon. Until then, you can watch the opening credits of Saved by the Bell below.