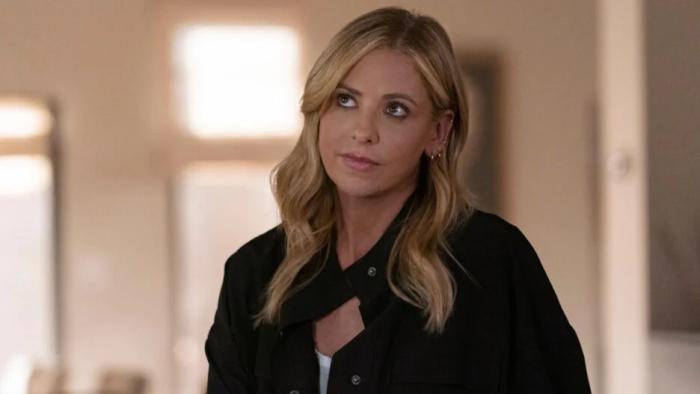 Sarah Michelle Gellar, The Queen Of Slay, returns to TV this month. But she’s going to need to ditch Mr. Pointy in favor of silver bullets in Paramount+’s Wolf Pack.

When a raging wildfire descends on California, a mysterious creature hiding out in the forest is awoken and a group of teenagers finds their lives changed forever.

Remember the BtVS Season 2 Career Week episode when Buffy’s aptitude test came back as her being successful as a police officer? Well, here’s that show! It would be funny if Oz/Seth Green showed up in an episode.