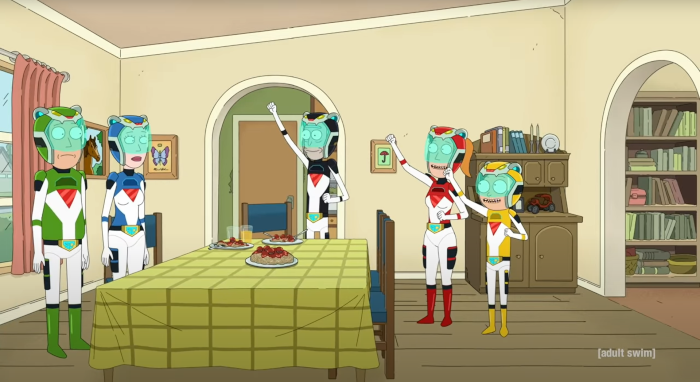 One of television’s best shows with the worst fans is back in less than a month, and to whet our appetites, Adult Swim has dropped a third trailer. Let’s dive right in:

It’s a law of the universe that literally everything is better with the Beastie’s Sabotage playing in the background, but even disregarding the musical catnip, the trailer gives us a lot to work with. We’ve got sex, violence, horny fish-men, and parodies of Hellraiser, Voltron, and Captain Planet. According to reports, the ten episodes will drop without an extended hiatus in the middle this time. This is a welcome change to the typically long delays between new material from creator Dan Harmon. Below are the two previous trailers, so you can prepare yourselves appropriately. I intend to watch this season as I have all the others; stoned out of my mind, with any mention of the series muted on Twitter. Because the only thing worse than waiting for new episodes is listening to my fellow fans behave like spoiled children at every imagined slight.