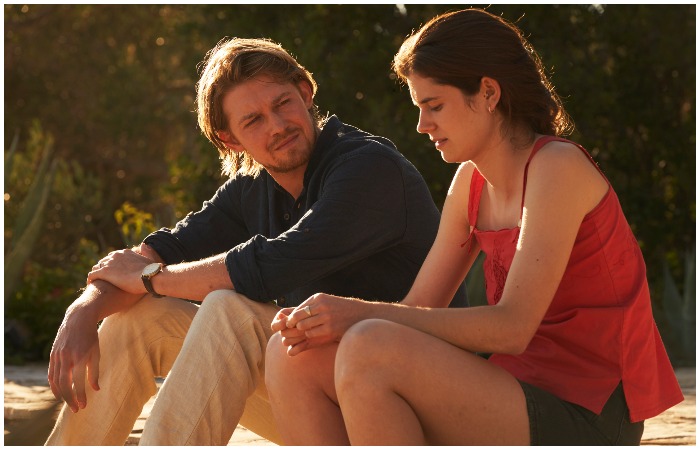 Review: In 'Conversations with Friends,' the Most Important Things Are Left Unsaid

As soon as the TV adaptation of Conversations With Friends — based on Sally Rooney’s debut novel — was announced, the comparisons to Normal People became inevitable. The latter is also based on one of Rooney’s novels, and became a runaway success with viewers and critics in 2020. While the two of them have certain similarities, from their source material, to some of the narrative beats and ideas that they share, there’s one difference that allows Conversations With Friends to stand out as its own strange, messy self, without needing to live in the shadow of Normal People.

What’s immediately clear when looking at the two shows side by side is that one is less explicit than the other. Not just in terms of sex, although Normal People bares all much faster than Conversations With Friends; instead the latter of the two shows has the characters articulating or going through their feelings in much more understated ways. Normal People is about characters with big feelings, wearing their hearts on their sleeves all the time. But there’s a certain irony in Conversations With Friends that, for a show about conversation, so much of what makes it and its characters tick, remains unsaid. Without Rooney’s prose, and deeper dives into the minds of her character, the show instead offers what they see and what they say. While this feels frustrating, there’s also something about it that’s uniquely fascinating.

The attraction between Frances (Alison Oliver), and Nick (Joe Alwyn) feels almost inexplicable in this adaptation. Some of that might come from the fact that Alwyn is by far the weakest link in the cast, from the inconsistency of his accent to the strange absence that seems to impact his entire performance, as if he’s somewhere else entirely. But more than that, the early scenes and conversations between the two characters — whether at the dinner table, over text, or after Frances performs a poem at an open mic night — are all surface. These are characters that try to articulate their lack of articulation; after watching Frances perform, Nick ends up saying that the poem was “good.” But for Nick, that ends up being worse than saying nothing at all, and he promises to send Frances an email with compliments and complete sentences in praise of the poem to make up for what he couldn’t say when the two of them were face to face. The relationships become tenser, veering in and out of intimacy and stark indifference almost line-to-line. After the two of them start hooking up for the first time, Nick makes a joke about how Frances is attracted to his personality. Her response: “Do you even have one?”

These moments end up creating an interesting tension in Conversations With Friends: the gulf between romance and reality; between the idea of someone we create or project, and the real one that’s in front of us. It’s no wonder Nick is an actor; he’s the perfect blank slate for projection. For Frances, Nick becomes a kind of mirror that’s both real and fantastical: a reflection of her, and something onto which she can create an object of desire.

For both of the younger women in the show, the married couple that they enter into charged relationships with end up becoming these kinds of mirrors. Where Frances sees something — of herself, of the future — in Nick, her best friend (and ex) Bobbi (Sasha Lane), ends up developing a crush on Nick’s wife Melissa (Jemima Kirke, who gives the best performance of anyone in the main quartet; curious, calculating, and enigmatic in a way that fits with the slightly strange tone of the show). After all, Bobbi says that she and Frances only know Nick because he’s “married to someone interesting” and is more than happy to tell Frances that she kissed Melissa, even as Frances has no idea how to articulate what’s going on between her and Nick.

In the first episode, over dinner, Melissa and Frances talk about the difference between writing and performance, and the tensions around (im)permanence. Melissa says “I feel like when I’m writing, I’m looking for clarity. And when I have it, I want to keep it.” Looking for clarity is what everyone in the foursome is doing in one way or another, and that’s what makes the seemingly surface-level obsessions of the show feel compelling and frustrating in equal measure. Whether it wants to or not, Conversations With Friends keeps the audience at a distance in a way that makes it feel worlds away from Normal People. But that distance ends up being expressed in countless ways throughout the show: in the distance between intent and affect; in the way that silences linger; in all of the things that remain, even after moments of intimacy or quiet revelation, unsaid.


← Which 'SNL' Cast Member Had the Least Amount of Screen Time This Season? | Season Two of 'Flight Attendant' Is Driven by Strong Characters and a Messy Plot [Spoilers] →