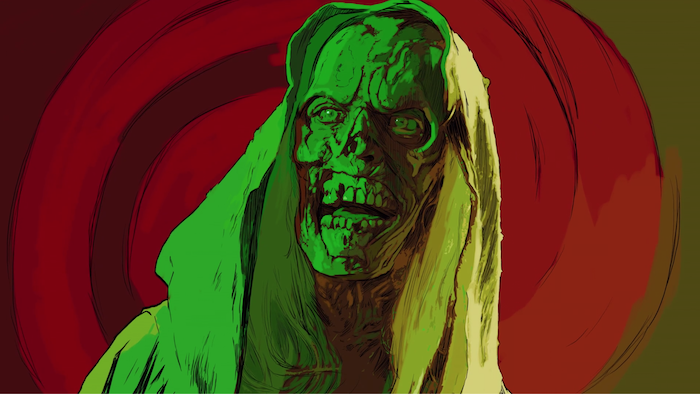 Review: 'Creepshow' Is Worth That Shudder Subscription

I know, I know. There’s too much TV. There’s too many shows, too many services, too many ways to consume them, and why bother cutting the cable cord if it means you’ll need to tie yourself in knots trying to piece together all the standalone services you’ll need to fill that hole? “There’s too much” is basically the unofficial slogan of Podjiba, the Pajiba TV podcast (have you listened? You may have heard us say that very phrase!). So it’s with a heavy heart that I bring you this latest blow to your wallet and your free time: I’m gonna need you to suck it up and subscribe to Shudder now.

What’s Shudder, you ask (you being Dustin)? It’s a premium streaming service, operated by AMC Networks, that specializes in all things horror, thriller, and suspense, and it costs $4.99 a month (it has an app, but you can also subscribe to it as a channel on Amazon Prime). If scary is your thing, the service is rock-solid, with a curated library of classics and quality indie titles. It’s basically the Spooky Criterion Collection. But you see, scary is my thing… and that alone wasn’t ever enough to get me to sign up. So over the past few years, the service has been slowly dipping their toes into the originals space, which brings me to their latest and greatest gamble yet — Creepshow, a horror anthology series inspired by the 1982 film from George A. Romero and Stephen King. And guess what?! I’m now a paying subscriber. This show is worth it.

The new series comes from The Walking Dead’s Greg Nicotero, but it is very much a love letter to the original film — the thing that inspired him to pursue a career in Hollywood in the first place — as well as the old EC horror comics that inspired the film. It’s hosted as much by the hooded figure of “The Creep as it is the fictional “Creepshow” comic itself, which provides the narrative framework for the series as each segment opens up out of illustrated panels. Each episode features two different 20-minute chapters — some original to the show, while others will be adaptations of existing short stories from the likes of, well, Stephen King, and also his son Joe Hill (who, at the age of 8, played the horror comic-obsessed child in the framework of the movie!). In fact, King’s story “Gray Matter” — about an alcoholic father who slowly mutates into something, uh, else — forms the first chapter of the premiere episode. And it’s a promising mission statement, exactly the kind of bite-sized thrill that’s perfect for this format. But the show really proves itself with the execution. The screen is littered with easter eggs to other King works (catch the missing dog poster for “Cujo”!), while Adrienne Barbeau, who starred in the original film, plays as the local shopkeeper (Tobin Bell and Giancarlo Esposito also star). But the cast and the clever winks are just set dressing. “Gray Matter” spins the sort of yarn that makes horror tick: It’s completely predictable, and completely satisfying for FULFILLING your predictions (also, it’s a pretty gross). It’s the bread and butter of what Creepshow should be.

The second segment of the premiere, however, offers a glimpse of what this new series could be. Based on the short story “The House of the Head” by Josh Malerman (who also wrote “Bird Box,” on which the Netflix film was based), the chapter focuses on a little girl who discovers something unusual unfolding inside of her dollhouse: a murder mystery. Her dolls keep moving around the space every time she looks away, and there’s also a creepy head in the mix — something she definitely didn’t add herself. Unlike “Gray Matter,” this story doesn’t call for buckets of goo or bones or other impressive special effects, but it builds dread with the same slow, steady, deliberate progress as its partner. The camera traverses the dollhouse the same way the girl’s eye does, unable to take it all in at a glance. Instead, it discovers new, horrifying tableaus in every room — and you become just as invested in the fate of the dolls as you are with the flesh and blood characters onscreen. It seems like such a small, slight story for an anthology like this, but the end result is a masterful manipulation of the audience as well as a completely different kind of mission statement. This show knows that horror doesn’t need monsters or viscera to be scary. The scares that stay with us are the tiny mysteries, the things that make a child pull her legs up under her blankets and scare across a room in uncertainty. The things that seem distinctly other, or wrong in slight but nonetheless undeniable ways.

The first season will be six episodes, and I’m already hoping they get picked up for more — though part of me wonders whether AMC will move it over to one of their cable channels instead, it’s just that good. For now though, I’m just happy I can put away my Tales from the Crypt DVDs for awhile and watch something new for a change.

← 'A Million Little Things' Season Premiere Recap: Wait, Is That It? | Review: 'The Whistlers' Brings Entertainment, Leaves no Lasting Impression →