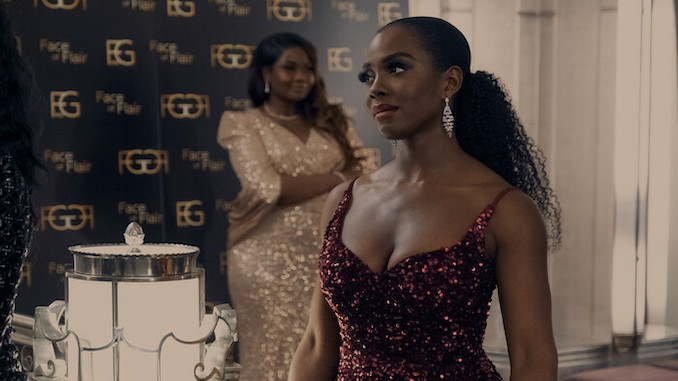 Prime Video's Middling 'Riches' Is a Misfire but Not a Disaster

Riches had a good starting point: a Black British cosmetics empire is thrown into disarray with the sudden death of its patriarch, Stephen Richards (Hugh Quarshie), one lonely night in the posh London offices. The fractured family he leaves behind have absolutely no love to lose for one another. Stephen’s children from his first marriage, Nina (Deborah Ayorinde) and Simon (Emmanuel Imani), grew up in America with their hard-working and entrepreneurial mother Oyin (Jumoke Fashola). It doesn’t help that Stephen abandoned his wife and oldest children to take up with Claudia (the radiant Sarah Niles), with whom he had a second family: online beauty influencer Alesha (Adeyinka Akinrinade), pampered playboy Gus (Ola Orebiyi), and trust-fund baby Wanda (Nneka Okoye).

Alongside the family are Stephen’s loyal company staffers, Maureen (Hermione Norris) and Gideon (Brandan Coyle), alongside conniving CFO Andre (CJ Beckford). As the will reading takes an unexpected turn (but let’s be honest, what will reading in the first episode of a drama series doesn’t), battle lines are drawn and the fate of the beauty empire—its finances, its identity, its reputation—are thrown into the balance.

It all sounds great on paper: a Black-led Succession-style drama that openly and directly speaks to issues of colorism in the beauty industry, police bias, and the daily experience of racism by even powerful and wealthy Black people. It’s incredibly promising. But sadly, it flies very far from hitting the mark.

Unfortunately, what we get is a stunningly middle-of-the-road, tangibly slow, and repetitive storyline with its twists telegraphed or falling flat. The characters seem to have stunning moments of personality and exuberance, which then utterly vanishes into serious-as-a-heart-attack standoff acting in ritzy offices. To be clear, everybody is bringing it: no one on the cast phones it in, and costuming is having an absolutely fantastic time. What lets the show down isn’t even its story—it’s writing, pacing, and editing.

Nina is eminently capable, ramping up sales and giving the struggling empire a much-needed boost. Simon reads, honestly, as a token gay character who is Nina’s compass in hard moments versus an actual full character of his own. The three younger Richards children are major characters with interesting premises but not a lot of convincing scenes.

Sarah Niles, as I hoped, is the most interesting centerpiece of the show—although the bar was set much, much lower than I anticipated. Claudia, whom it is repeatedly emphasized social climbed through marriage rather than work, is convinced she’s doing the best thing for herself and her children—seeking paydays and control with short-sighted, ultimately destructive effects. But her machinations and the force of her personality somehow feel deeply lifeless after a few introductory forays. By the time we get a dramatic sequence of Niles marching in a killer red outfit toward a definitive board meeting, I was mostly only engaged because I was hoping that Niles was having a good time.

Writer and creator Abby Ajayi, who also directed one of the season’s episodes, seems to have fallen uncharacteristically flat with this one. After penning sixteen episodes of How to Get Away with Murder and three episodes of Inventing Anna, she was poised to blow it out of the water with this series. Here’s the story IMDB tells me: Riches is one of three—count ‘em, three—major television projects, including Inventing Anna and the admittedly haphazard The First Lady, written by Ajayi that debuted in 2022 alone. Riches was Ajayi’s only solo project and her only one with Amazon. Those are the facts—do with them what you will.

Riches is a misfire, in my opinion, but it’s not a disaster. It’s a truly middling show that could have been genuinely great. I’ll admit I’m disappointed, but not enough to discourage folks from giving it a fair shot.
The first season is streaming on Amazon Prime.