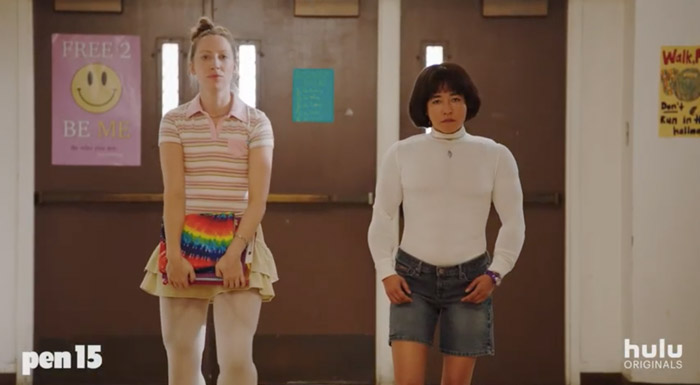 School is in session this fall at Hulu, where PEN15 Season 2 will debut! The coming-of-age comedy series created by and co-starring Maya Erskine and Anna Konkle will return with new misadventures from 7th-grade besties, Maya Ishii-Peters and Anna Kone. In their debut season, the girls tackled important firsts like first kisses, first beers, and the importance of your first thong. Set in 2000, all this went down with a dizzying nostalgia for Spice Girls, landlines, cargo skirts, and rainbow gel pens.

So, what’s in store for PEN15’s second season? Take a look.

The above trailer teases new milestones both traumatizing and hilarious, like thrift store shopping for hip name brands, a girl’s first shave, and some personal self-reflection with the help of a Caboodle beauty lightbox. Between this show’s stellar first season and Erskine’s hysterical performance in Plus One, we’ve craving PEN15’s return. When it comes to this trailer, they had us at indistinct yelling. 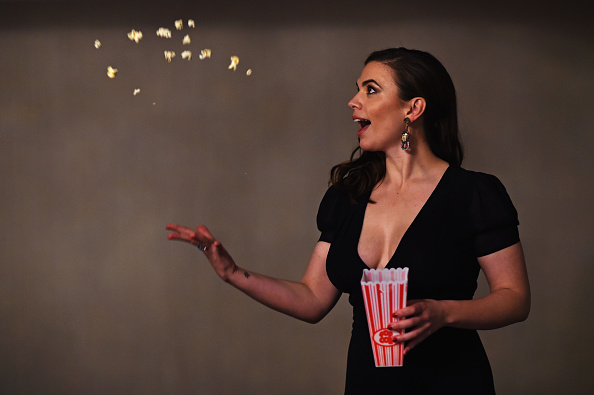