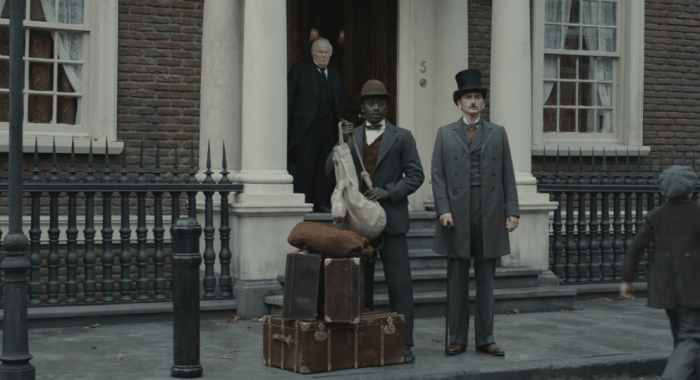 PBS is not our usual beat around these parts. It’s not mine, either, but I got excited last year when the network announced an Around The World In 80 Days mini-series starring David Tennant as Phileas Fogg. I love David Tennant, and it looked like it was going to be a nice adaptation. I’m constantly searching for family viewing that isn’t superheroes or Star Wars (not that there’s anything wrong with those things.) Battlebots is only on once a week, so this seemed like it might be perfect after-dinner viewing.

My family dove into the eight-part series with open minds and, truthfully, we enjoyed most of it. It’s a “cozy” version of the story. You know where there’s just enough intrigue and action to keep you interested but not enough that you’re ever really worried about the fate of the protagonists. There’s romance but no real passion. If you told me this version of Phileas Fogg lived in the same universe as Phryne Fisher, I wouldn’t be surprised (even though the time frames are about 50 years apart.)

But I’ll tell you where I made a mistake. I decided I should finally read the book while we were watching the show. Oh boy, where to begin? I’m a very good reader. I like to read. I used to read a lot. Like a lot a lot. Three books at a time a lot. Then I had a kid and, well, you know. Things happen. The point is that I’m not one of these folks who doesn’t read books. That said, Around The World in 80 Days by Jules Verne might be the most boring book I’ve ever read. It’s a slim 165 pages long and it legitimately took me a month to read because I couldn’t make myself pick it up every day. SUCH A SNOOZE. Nothing happens in the book. Phileas decides to prove he can make the trip and then proceeds to enjoy absolutely none of it. As a character, he is dour and humorless. He’s undertaking this journey to prove a mathematical concept, not as an adventure. We learn nothing about him as a person and he does not experience any sort of growth as part of his journey. 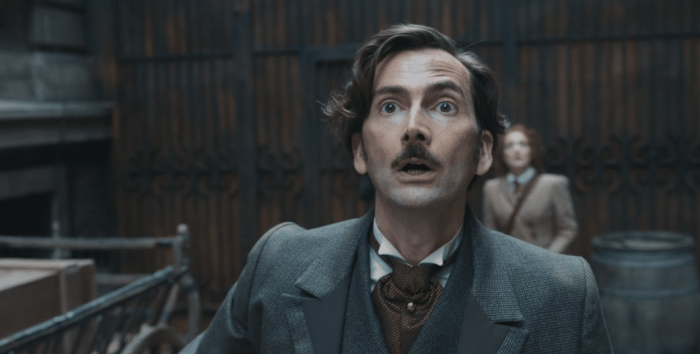 When we are introduced to Tennant’s Fogg in the first episode of the series, it seems like they might be taking the same route with the character. However, Tennant quickly imbues Fogg with more life and interest in both his surroundings and the people in his life than Verne did. In the book, Fogg doesn’t even look out of the windows while they travel, and Passepartout’s general mission is to make sure they have clean shirts at every stop. In the series, Fogg and his traveling companions are given robust backstories, desires, ideas. You know, actual personalities.

Let’s talk about those traveling companions for a moment though, shall we? In the book, there is Passepartout, a Frenchman who has come to serve Fogg’s household because he’s been gallivanting around for most of his life and he’s heard that Phileas Fogg is a settled, staid kind of gentleman who lives a quiet life. And then he gets unexpectedly dragged along on this trip. 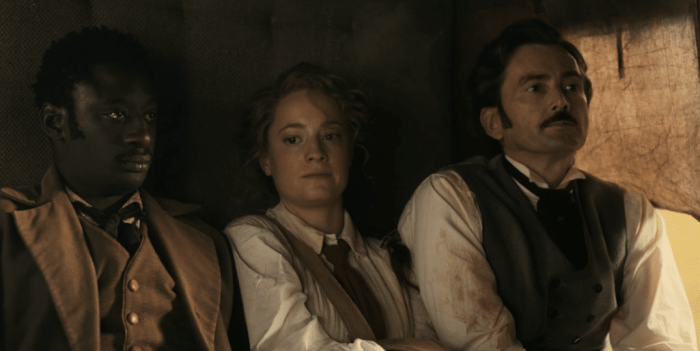 In the show, Passepartout is played deftly by Ibrahim Koma as a bit of a conman who has fled France where his family was involved in fighting against the Third Republic. Tennant’s Fogg has no real experience out in the world, and Passepartout is constantly trying to keep them on track and safe as they explore the great unknown, which was most of the world back in the 1870s. In the book, Passepartout is a bit of an oaf and a clown. I prefer the series’ version of him better, where he’s street smart, clever, and very handsome.

When I first heard about this series, it seemed like they were just going to gender-swap the role of Fix who, in the book, is a British police detective trying to serve Fogg with an arrest warrant for a bank robbery that took place in London the day before he left town. He’s also a bumbling idiot whose primary interactions are with Passepartout throughout. The Abigail Fix in the series is a woman, but she’s a newspaper columnist who has decided to embed herself with Fogg on his journey to prove to her father (the paper’s publisher) that she’s a capable writer. So, not only is the role gender-swapped, but Fix is also no longer the primary antagonist. Instead, the true antagonist is Phileas’ “friend” from the club, Niles Bellamy. Bellamy has bet Fogg a large sum that he won’t make it around the world. But, Bellamy is broke and, in a very ungentlemanly manner, hires someone to stop Fogg “by any means necessary.”

Leonie Benesch (Spin City, Babylon Berlin) does a fine job as Abigail Fix both in terms of prodding Fogg along when he doubts himself and as a reluctant love interest for Passepartout. Peter Sullivan (Poldark, The Accident) is sufficiently smarmy as false friend Bellamy. I had no problem believing he would hire someone to assassinate Fogg just to get himself out of debt. But, again, these are NOT characters that exist in the original story.

Really, none of the plot points in the series happen in the book either. To its credit, the series is much more interesting! Phileas solves puzzles and problems, accidentally saves the life of a French politician, rescues a young boy in Italy by getting a train across a dilapidated bridge, prevents a groom from being arrested for desertion on his wedding day in India, is briefly jailed in Hong Kong, gets stranded on a deserted island and has a run-in with the Ku Klux Klan as they cross America. The only truly adventurous thing Fogg is responsible for in the book is rescuing an Indian beauty from being forced to commit Sati (a mostly defunct Hindu practice in which a widow sacrifices herself on her husband’s funeral pyre.) That woman, Aouda, who completes Phileas’ travels with him and becomes his wife at the end of the story, doesn’t exist in the series at all. But we do get to hear a lot about Fogg’s lost love, Estella, whom he was too afraid to follow to America many years ago. He spends most of the series pining for her. Guess who shows up in the last episode?! I won’t give it away.

There are a couple of other film versions of Around The World In 80 Days. David Niven stars in the most well-known production from 1956. There’s one from 2004 starring Steve Coogan and Jackie Chan. I have vague memories of the first and never bothered with the second. But considering both versions have very famous hot air balloon ride scenes, I figure neither of them follows the book closely either. (There are zero hot air balloons in the book, in case you’re wondering.) Having read the book, I can’t blame any of these filmmakers for drastically veering away from the original text. In theory, it’s a good story and it is definitely improved by massive amounts of embellishment. 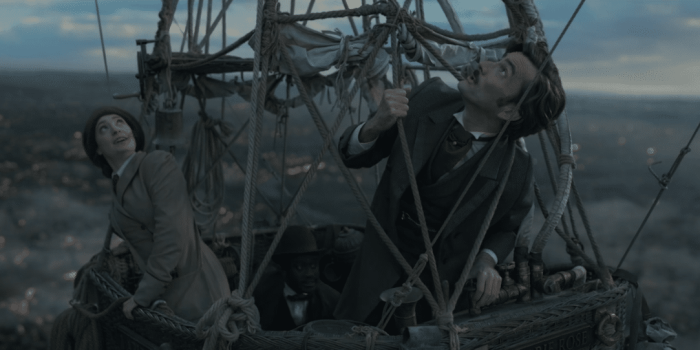 If you’re a purist, skip it. The further along I got in the book the angrier I got that the series had so little to do with the original story. Or maybe I was mad that the original story was so boring. Either way, it will drive you bananas. But, if you’re looking for something low stakes to stream as comfort food for your brain, or you’re looking for something to watch as a family that’s Mostly Harmless, you could definitely do worse than this version of the story. The Steve Coogan/Jackie Chan version is worse. I will tell you the same thing I told my kid, though: Make sure you don’t use this as source material if you ever need to write a report on the book.

All episodes of Around The World In 80 Days are available to stream on www.thirteen.org or on Prime’s PBS Channel.


← While Disney Demoralizes Pixar, Brad Bird Takes His Next Feature To Skydance | 'The Boys Presents: Diabolical' Fleshes Out a F'ed Up Universe →