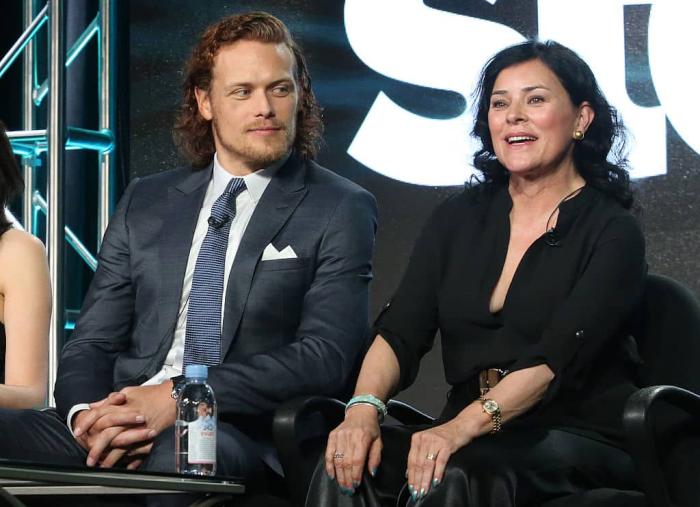 Outlander is a very big deal, a TV series and exceedingly long book saga by author Diana Gabaldon that has millions of fans worldwide. The time-travel historical romance has received plaudits for its attention to historical detail, although fans and experts have noted for decades that Gabaldon’s research is often flawed. Now, she has tried to take on the ultimate force: Scottish Twitter. We had fun with this.

It started when a fan asked about a particular hat that the lead character of Jamie Fraser is wearing in one scene. Gabaldon responded with some serious word vomit.

If you mean the ghost, he's wearing a Scotch bonnet (yes, I do mean Scotch) with a feather in it—very traditional (hence the "Scotch" — EVERYONE (including all the Scots) used that term until the SNP got into power in the mid-20th c.). If you mean Frank, it's a fedora. https://t.co/nTNLZO6SLG

Ooft. Where do we begin?

OK, let’s start with how Scottish Twitter reacted, because that’s where all the fun is.

The Telegraph disagrees with you. If you’re going to pose yourself as a Scottish expert maybe you should do some actual research first?https://t.co/trTn06l953 pic.twitter.com/wQYNYztjDU

You're absolutely correct of course, here's a contemporary picture of Bonnie Prince Charlie wearing one at the Battle of Brigadoon. pic.twitter.com/r8RxliGvfA

OK, now on to the facts.

Nobody ever calls it a Scotch bonnet. That’s a kind of chili. What she seems to be referencing is a Tam o’ Shanter cap, which was a kind of flat bonnet often worn by Scots in the 16th and 17th centuries. You sometimes still see them at cultural gatherings or military events, where they were frequently worn by the likes of the Black Watch. You also see them as part of tacky Halloween costumes, usually with fake ginger hair sticking out of them. If you call them a Scotch bonnet, you’re likely to be laughed at.

If you call a Scottish person ‘Scotch’, you’re likely to be slapped. This was not some frequently used term by actual Scottish people. You’re more likely to hear it used derisively towards the Scots than anything else. See Jeremy Clarkson.

As for the SNP claim? BUH?! Scotland didn’t get its own Parliament until 1999, and the SNP didn’t get into power until the mid-2000s. They were never a majority part in Westminster for obvious reasons. Where the hell did she get that lie from? The idea that the nationalists stormed to power before we even had devolution then stomped out a word none of us ever used is baffling. Frankly, it sounds like anti-nationalist talk. I’m not even a nationalist and I fought that was daft as fuck.

It’s no surprise that Gabaldon thinks she’s the almighty expert on a country she has no connection to beyond using it as the backdrop for her books (and weird thing for rape scenes.) Alas, because of the popularity of Outlander, which is filmed in Scotland, the tourism boards bend over backwards for her. She’s like so many non-Scots who think of our country as a backwards magical glen that they totally can call home because their granny’s third husband’s cousin’s puppies spent the Summer at Loch Ness one year.

I for one can’t wait to see what weird claim she comes up with next. Take your bets now, and don’t mess with Scottish Twitter.