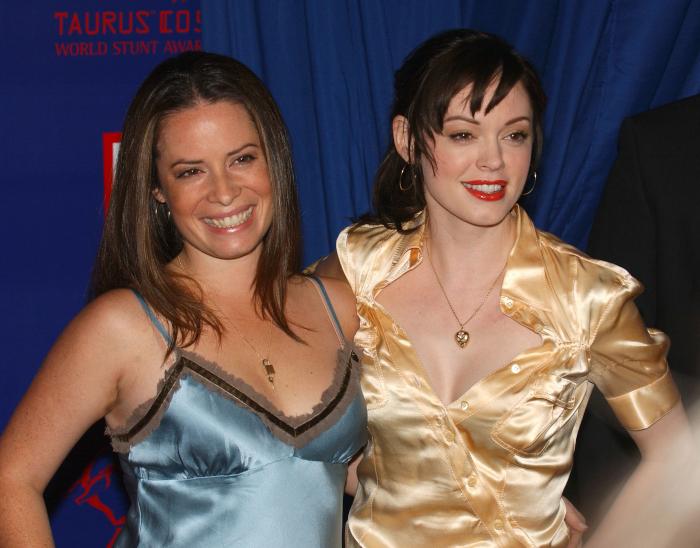 Holly Marie Combs has been vocal about despising the Charmed reboot’s existence since it was announced that there would be a Charmed reboot. However, this latest attack on The CW series occurred during an Instagram Live session with Combs and former Charmed co-star Rose McGowan.

They were discussing how the original show had been removed from Netflix, which Combs said, “I think it means when you search for it they want you to find the new Charmed and not the old people.” Hardy har har. McGowan responded to that comment by pointing out that the new Charmed “sucks,” even though she hasn’t even seen the show.

It’s been a couple of years since the reboot premiered and they honestly sound like they’re still salty. Are they going to keep complaining about the reboot so long as it’s on air? If every actor got mad about some reboot, remake, or revival, the complaining would never end because there are just SO many. Anyway, Combs and McGowan’s recent comments must have been the final straw for Sarah Jeffery, who plays Maggie in the Charmed reboot, and she responded accordingly.

2/2 I truly hope they find happiness elsewhere, and not in the form of putting down other WOC. I would be embarrassed to behave this way. Peace and love to y’all. https://t.co/MuyZCZjbCp

On October 12, Jeffery also threw Shannen Doherty (who starred as Prue in the OG Charmed for the first three seasons) in there for good measure, confirming that her dad had met Doherty and that she “sent her love.” It seems that Jeffery jumping into the drama instigated by Combs and McGowans’ Instagram comments (and that fans were already discussing) made Combs mad. The answer? She subtweeted Jeffery, saying that calling them pathetic was “some bulls—t.”

McGowan didn’t stay silent either, taking to her Instagram stories to respond to Jeffery (and in a very demeaning way). Unlike Combs, however, McGowan had a more direct response and named Jeffery lest there be any confusion as to whom she was addressing. She also claimed that their attack on the Charmed reboot had “nothing to do with race and that it was more an issue with the WB. 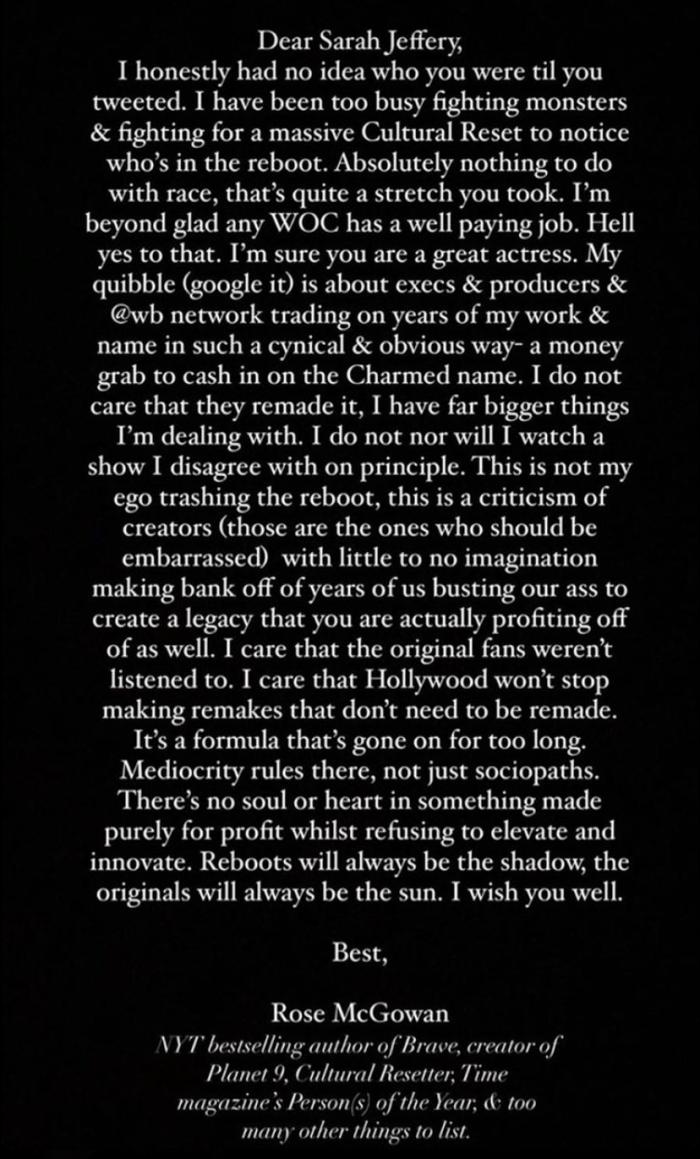 To go back a bit further, Combs first took issue with the words “fierce, funny, feminist reboot of the original series” used to describe the new show. Combs tweeted this after the reboot was announced to clarify why she was not exactly thrilled with the news:

“Let me say first that I appreciate the jobs and opportunities the Charmed reboot has created. But I will never understand what is fierce, funny, or feminist in creating a show that basically says the original actresses are too old to do a job they did 12 years ago. I hope the new show is far better than the marketing so the true legacy does remain.”

In a separate interview, Alyssa Milano pointed out that it would’ve been nice if she and her co-stars had been called about the reboot so they could be involved. What it all boils down to is that the original cast was not approached about the reboot and not that actually exists despite their comments to the contrary. Maybe if they had been, they wouldn’t be so reproachful of the new show.

Either way, their taking out their frustrations by publicly shaming the reboot’s entire existence and going back and forth with one of its actresses is petty. It’s turned into an us vs. them situation, with fans taking sides and even blaming the new cast for replacing Combs, McGowan, and Milano — this is on top of the hate they probably already get for being WOC. I’m not sure if Combs ultimately realized how they looked arguing in such a public space, but she tried to settle the tension with this final tweet (for now anyway). 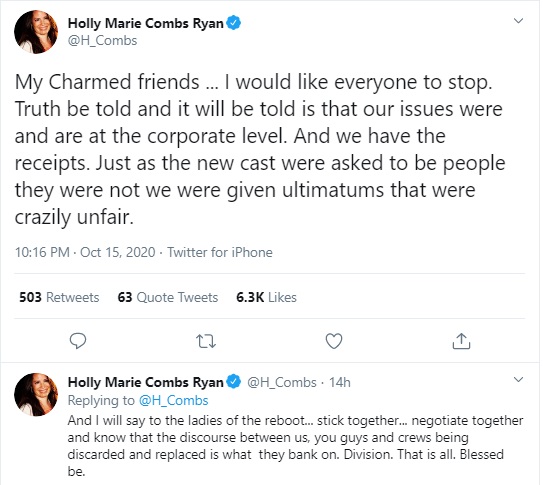 ← Twitter Reacts To Man's Inability To Open A Pickle Jar | Review: Spooky if Familiar Faustian Bargain 'Nocturne' Will Do in a Pinch →