New To Me: Netflix's 'The Who Was? Show' Modernizes History for Kids

There’s a rule in my house that the kids can watch TV during breakfast before school, so long as it’s educational. Odd Squad, classic or new Magic Schoolbus, that sort of thing. So you can imagine my confusion when one morning I was making coffee and I heard H. Jon Benjamin’s voice coming from the living room. Bob’s Burgers is delightful but I don’t know if it qualifies as educational. My parenting style is a little loose, but I still don’t let them watch Archer. It turns out they were watching The Who Was? Show after my daughter’s teacher introduced it to her. The 13-episode Netflix series from 2018 is based on the Who Was…? series of books, and features a different, unrelated famous pair from history. Benjamin Franklin and Gandhi, Albert Einstein and Joan of Arc, William Shakespeare & King Tut, and so on. Each episode, narrated by H. Jon Benjamin, comes with plenty of fourth-wall-breaking, animated and live-action skits, and the kind of wildly quick cuts the kids love these days. The parts are played by a small cadre of teenagers under the direction of Ron (Andy Daly), the ostensible man in charge. 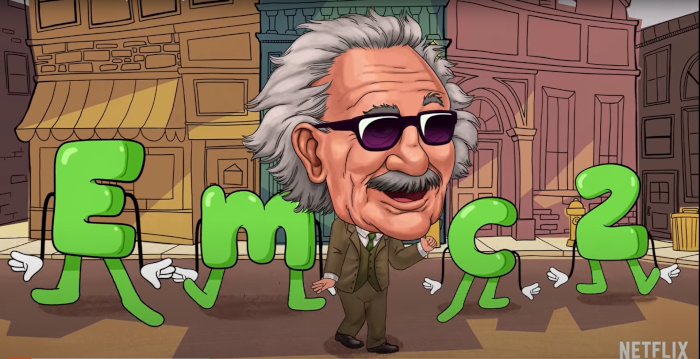 The best comparison I can make is it’s Drunk History for elementary school students. It’s lighter in content, obviously, and steers away from issues like Gandhi’s early racism in favor of more family-friendly fare, though events such as Joan of Arc’s fiery death are discussed. A number of guest stars like Ellie Kemper and John Oliver add to the entertainment value. It’s great for kids of all ages, and parents might learn a thing or two as well.

The show plays out a bit like The Muppets, with skits separated by ostensibly “behind the scenes” moments. These mostly involve the cast educating Andy Daly, who plays his part with oblivious affability. He’s a bumbling example of the Peter Principle, but at least his heart’s in the right place. The historical figures share a few major themes. Approximately half of them are women and/or people of color, and most of them faced a number of barriers to their education, career, or very existence. Most of them would show up as part of a basic world history class; others, like Frida Kahlo and Blackbeard, are historically interesting but maybe not folks young students would necessarily know about. 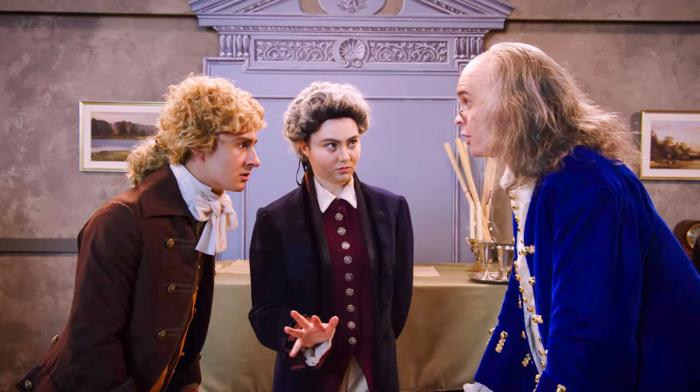 The Who Was? Show is appropriate for all ages and a great alternative to the many, many terrible CGI cartoons or tween sitcoms that are the bulk of Netflix children’s shows. It’s a shame they only made the single season; both of my kids love it, and my daughter’s on her third viewing already. The cast is personable, the quick skits keep things moving along, and it’s kind of wild to have Sterling Archer teaching your children history. I’m sure it can only lead to good things.