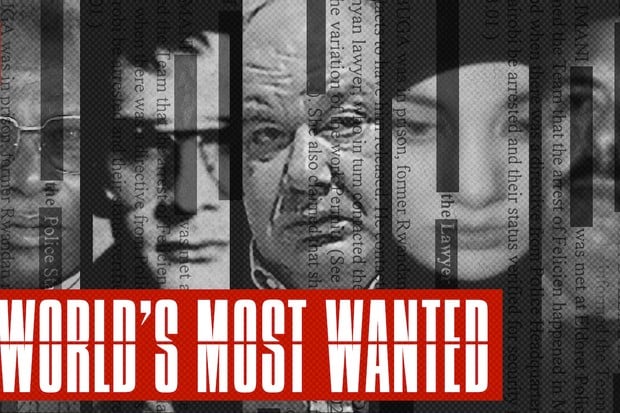 I went into Netflix’s new documentary series World’s Most Wanted without any prior knowledge of the alleged criminals being profiled in the five episodes. I didn’t think it mattered, as I watch Unsolved Mysteries and Forensic Files at night to unwind (blame my degree and untrod career path as a CSI for that). I thought that this docuseries would be similar to those but without a capture or update to wrap it all up.

Episode One covers the head of the deadly Sinaloa Cartel in Mexico, Ismael “El Mayo” Zambada García. The footage proved that El Mayo and his lower-level members execute police, army, and civilians without the worry of consequences while also peddling deadly drugs into the United States. The crew films interviews with alleged cartel members, their heads and faces wrapped to conceal their identities while they carry heavy firepower and crackling two-way radios. The film crew found these men, but they continue their business of making drugs and following orders unabated by law enforcement in the country.

When El Mayo’s son, Vicente “El Vincentillo” Zambada Niebla, meets with the United States government in Mexico to provide information on other drug cartels, the Mexican Army arrests him. While El Vincentillo is in custody, he is held by the US government until he breaks from solitary confinement and calls his father. Yes, attorneys were utilized to get a cell phone to the World’s Most Wanted subject but not to arrest him. This is how El Vincentillo rolled on Joaquín Archivaldo Guzmán Loera, El Chapo; his father’s lieutenant of sorts.

This coupled with the imagery of Mexican citizens —including children— lying dead in the streets and hanging from bridges and other tall structures after Sinaloa members went to war against the Mexican army for arresting El Chapo’s son? This was too much for me. As soon as Episode Two began recounting the 1994 genocide in Rwanda involving a purported bankrolling by businessman Félicien Kabuga and a radio station created solely to sow seeds of destruction, I was done.

In the best of times, I may have been able to watch this bleak series, but I unquestionably cannot stomach it in the current climate in which we live.

← Review: I Visualized That 'The Secret: Dare to Dream' Would Be Crap, And ... | 'Your Honor,' 'A League of their Own,' and 'Nine Perfect Strangers' Boast Impressive Casts →