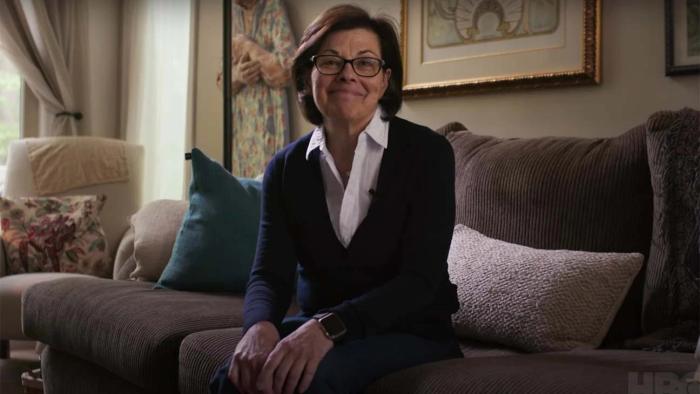 HBO’s The Vow Part II, from Jehane Noujaim, premiered this past week with a sure-footed landing back into the bizarre world of NXIVM. NXIVM, the so-called self-help group that housed a now-infamous all-female sex cult devoted to the NXIVM founder, Keith Raniere. The Vow was always the best program at picking apart the strange corporate-ish cult that was NXIVM, avoiding the pitfalls of shock-value sensationalism for the most part and instead keeping pace in real-time with cult escapees using their collective wits to bring down a group that ensnared and abused them.

While Part I followed NXIVM escapees trying to shed light on the vast messed-upness of the group and get the legal wheels turning, Part II is about Raniere’s trial. There are a few promising differences in how Part II seems to be proceeding.

For one thing, they’re doing the both-sides routine—but doing it really well, in a way that lets everyone involved be heard without propping up absurd or abusive perspectives to equal degree with the rational folks. By that I mean they’re interviewing everyone, including Raniere, his defense lawyer, and still-loyal followers. The producers let them talk, defending Raniere and spinning the story in every which way from the-sex-cult-was-really-about-female-empowerment (from the sleazy lawyer, who by the way has a whole list of equally unsavory prior clients) to the-sex-cult-was-really-just-a-walking-club (from the devotee).

While there’s nothing as heavy-handed as a voiceover picking apart why these defenses are ridiculous. The delusion of it is made perfectly clear in the context of the facts and testimony from experts and escapees. Rather than a frustrating and irresponsible platforming of non-reality-based perspectives, the both-sides interviewers make a gesture toward showcasing the mindset that escapees can only describe in hindsight. The bullshit stinks to high heaven, but nobody can accuse the documentary makers of picking and choosing the voices they include for the sake of building a narrative. The narrative that takes shape is all the more rooted and disturbing for the inclusion of people championing Raniere’s actions.

The Vow retains its level of quality documentary-making that the vast majority of true crime lacks: there’s a sense of embedded presence and care in its delivery, a measured story aware of its stakes. It’s confident, sure-handed true crime crafted to be at least relatively anti-sensational—the subject matter itself does all the sensationalizing. It certainly doesn’t hurt that one of the escapees, Mark Vincente, is a documentary filmmaker with massive stores of footage from within the cult.

There are a few stiff, contrived moments in the premiere: in one scene, Mark and his wife and fellow escapee Bonnie Piesse go to consult with a cult expert ahead of the legal proceedings. It’s clearly a conversation set up for exposition that could have been much better accomplished via an interview with said expert. There are a number of such scenes, where Mark specifically is trotted through conversations with major players from Part I in a calculated kind of continuity. The producers’ hand shows.

Emily Saul, a reporter for The New York Post, joined the cast of characters, with what in my true-crime viewing expertise is a rare look into the industry of sensationalizing. Saul walks the viewer through the grotesque fascination her job offers—with the clear-eyed and blunt addendum that obviously millions of readers and viewers feel the same way. Every line is exactly the kind of material that hooks readers, she says frankly. It’s a gold mine, and there’s no sense pretending the story she’s chasing is anything other than what it is: sensation and shock value.

We can all easily Google how the Raniere trial turned out. I remember getting the push notification of the verdict years ago while on my lunch break at work. Nevertheless, The Vow Part II remains engaging, excellent true crime that tells its story well and delves into its personality and nuance with at least a veneer of care and responsibility. I’ll be watching.


← Everything You Need to Know About 'Reservoir Dogs' on its 30th Anniversary | Jerry Seinfeld's Daughter, Sascha, Is On the 'Inside Amy Schumer' Premiere →