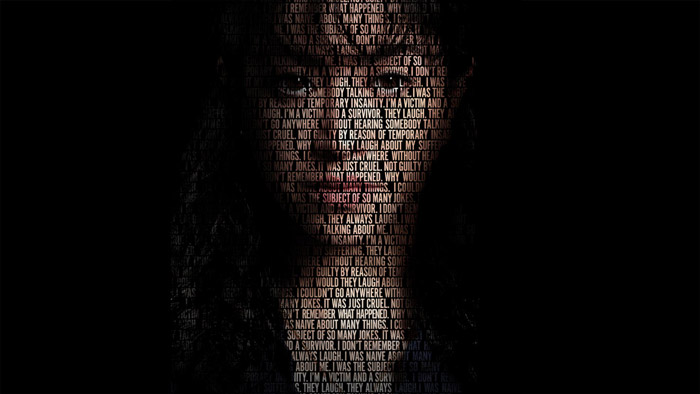 Hey, Remember How Lorena Bobbitt Is A Real Person And Not A Cheap Punchline?

In 1993, Lorena Bobbitt went from being an unknown manicurist to a punching bag for every comedian and late-night TV host. The public found it titillating, frightening, and darkly hilarious that she had cut the penis off of her husband John Wayne Bobbitt. The media painted her as a madwoman while he became a quirky D-list celebrity. What was lost amid all the sensationalism was the story of an abused wife pushed to the brink.

Last year, the Jordan Peele-produced documentary series Lorena thoroughly re-examined this true crime story, interviewing both of the Bobbitts to expose some unsettling truths about the case and American culture’s appetite for ignoring domestic abuse in favor of tabloid thrills. Now, Lifetime is offering a female-made biopic called I Was Lorena Bobbitt.

Check out its first trailer.

Written by Barbara Nance and directed by Danishka Esterhazy, I Was Lorena Bobbitt follows its immigrant heroine from being wooed by a man in uniform to becoming his battered wife to the night that would change her life forever. This “ripped from the headlines” feature aims to take audiences into the marriage that felt so threatening to Lorena that she took drastic measures to escape it.

While Lifetime movies are often an object of mockery (sometimes purposefully so), this one is taking Lorena seriously. There’s reason to anticipate I Was Lorena Bobbitt could be something special, as its female filmmakers have solid résumés. Screenwriter Barbara Nance has penned episodes of drama series like Crossing Jordan, In Plain Sight and The Client List, as well as the feminist fiction spin on Lizzie Borden, The Lizzie Borden Chronicles. (Also a Lifetime production!)

Canadian director Danishka Esterhazy has been making female-focused films since her 2009 feature debut, Black Field. She came onto our radar in 2018 with the fantastic feminist dystopian-drama Level 16, which embedded audiences into a strange boarding school dedicated to turning out “clean girls.”

Plus, I Was Lorena Bobbitt has Lorena involved. Now an activist, she and Lifetime have teamed up to create a tie-in PSA for the National Domestic Violence Hotline and the National Coalition Against Domestic Violence. Featuring the real woman behind the headlines as well as the biopic’s stars Dani Montalvo and Luke Humphrey, this PSA is part of NCADV’s Stop Violence Against Women campaign.

It’s more than a movie. It’s a movement.

I Was Lorena Bobbitt premieres May 25 at 8 p.m. ET/PT on Lifetime.

← We Must Not Normalize Death | Review: 'Natalie Wood: What Remains Behind' Aims To Be Tribute And Defense →