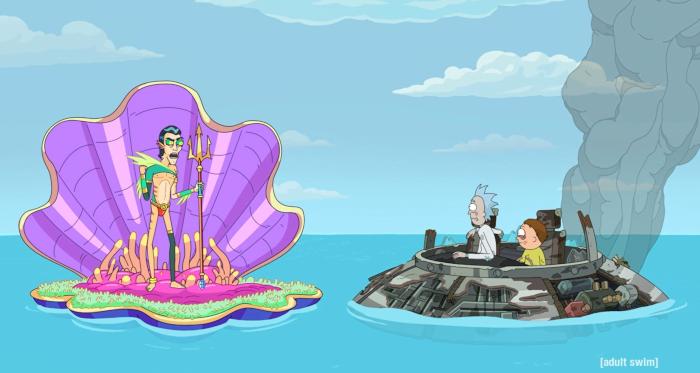 “All things of the body stream away like a river, all things of the mind are dreams and delusion; life is warfare, and a visit to a strange land; the only lasting fame is oblivion.”
— Marcus Aurelius, Meditations 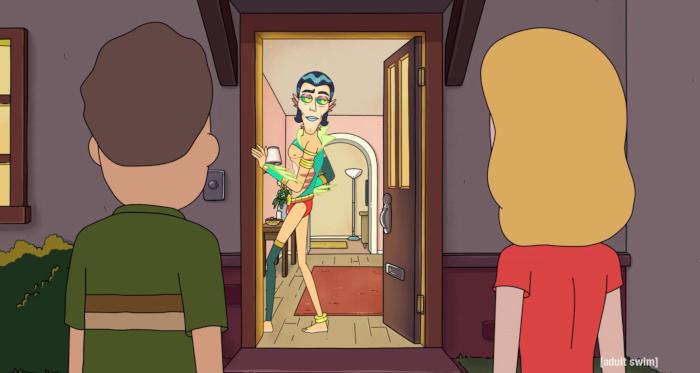 The season five premiere introduces us to Rick’s nemesis no one has met or even heard of before, though he rules 70% of the earth’s surface. He is Mr. Nimbus, King of the Ocean and ice-cold dick killer. He is powerful, ruthless, overtly sexual, controls the cops, and… wants to f*ck the newly sex-positive Jerry and Beth? Sure, makes as much sense as anything. Since Morty pulled a real dick move by crashing their saucer into the ocean to save their lives - and survive long enough to date Jessica - Rick needs to reforge the peace treaty with Mr. Nimbus before the surface world is destroyed. While he does, Morty’s one job is to retrieve rapidly aged wine from a highly accelerated universe. Meanwhile, Summer is sent to the ocean’s depths to retrieve the shell granting Mr. Nimbus all his special powers, because Summer can be trusted. 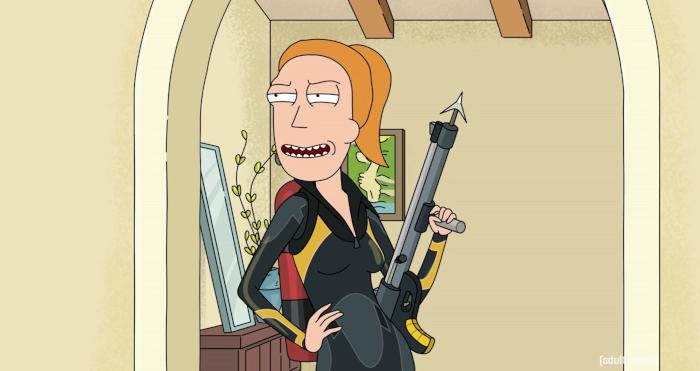 All Morty wants is a simple movie date with Jessica and maybe a bottle of wine. Simple, right? It is until one of the inhabitants of the other world, a jovial little dude named Hoovey, makes the profound mistake of stepping into our world. Hoovey returns to find that while only 15 seconds passed for him, decades went by for the family he left behind. His wife Bova died years earlier and Hoovey’s unborn son, Japheth, has to murder his deadbeat dad. 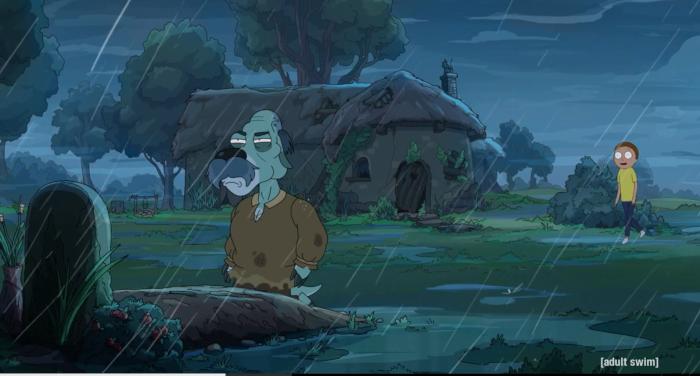 Things escalate as Morty’s repeated and evermore desperate wine retrieval missions lead to an accelerated evolutionary path for our sapient ungulates and soon they’ve moved past feudalism and religious wars and right into advanced tech and limited time control. Morty gets captured by an Archon-looking dude, Jessica gets trapped in stasis, and Rick tries to save the day only to be one-upped by Mr. Nimbus. And will Jerry and Beth ever get their menage a poisson? 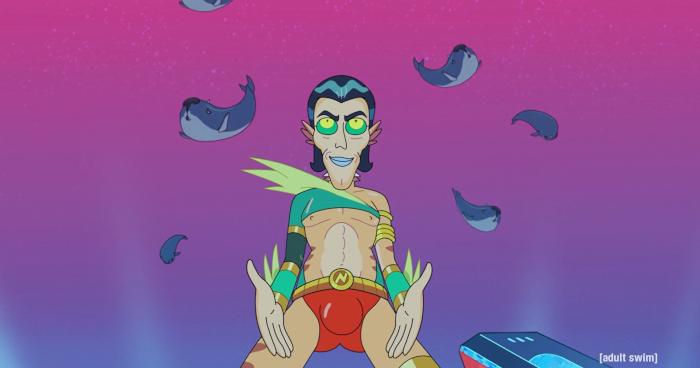 All told it’s a solid episode that explores how seemingly harmless acts spiral out of control, no matter one’s intentions. Morty’s been through some shit at this point, and being Rick’s little helper monkey isn’t the reward it once was. I expect this season to address that. Although Morty better be careful his complaints don’t get him replaced by Summer who, again, can be trusted. 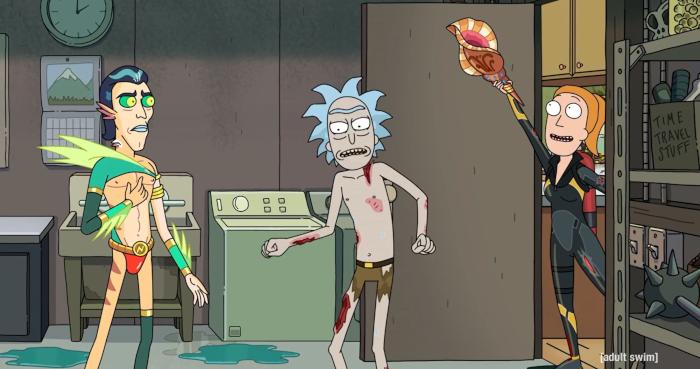 The Rick & Morty season premiere is available for free on Adult Swim.

← There Will Be No More 'Before' Movies According to Julie Delpy | Review: Willem Dafoe's 'Siberia' Is Impenetrable →