Kate Beckinsale Does NOT Have A Fake Leg, Does Believe She Looks Exactly Like Ryan Reynolds

Master of Instagram and cheeky pranks, Kate Beckinsale sparked rumors when she released a jaw-dropping video online. It starts out with a workout session of stretching, and then goes Stretch Legstrong.

This sparked silly speculation that Beckinsale was rocking a fake leg under those stylish leggings.

So, when Beckinsale came on The Tonight Show Starring Jimmy Fallon to promote her upcoming film Farming, she set the record straight on this stemming mystery. And then she offered an on-brand quirky theory of her own: that she looks “exactly” like Ryan Reynolds.

“I look exactly like Ryan Reynold,” Beckinsale said of the Deadpool star, “Like in a shocking way! Like sometimes when I see a bus going by with a poster on it, I think, ‘Damn, I look hot. Wait. That’s not me, it’s [Ryan Reynolds]. Also I never did that movie.” She also recognizes “He’s a big Canadian man.” But she insists the resemblance is uncanny.

Coming from the woman who has bragged about shoving a piece of chocolate between a lover’s unsuspecting cheeks, this might seem a joke. But… 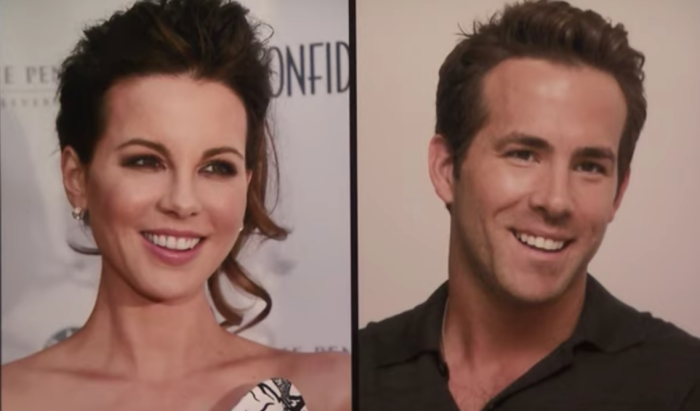 ← Twitter Reacts To 'Star Wars: The Rise of Skywalker' Final Trailer | This 'NYTimes' Piece on 'Anxious Democrats' Is Malarkey →