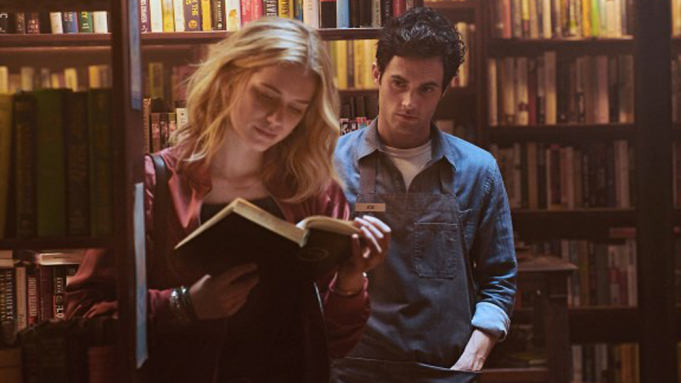 Joe is Back! 'You' Season 2 Gets Premiere Date and Creepy New Poster

Prepare for another tantalizing and addictive season of the hit drama, You. The series, which originally premiered on Lifetime before moving permanently to Netflix, finally has a Season 2 premiere date. So, get all of your holiday cheer out of the way, down some eggnog, and sit down to binge-watch You Season 2 when it lands on December 26.

Along with a premiere date for the show’s sophomore season, You also got a brand new poster. Look into Penn Badgley’s murderous eyes as he stares right at you! It’s creepy, but I’m intrigued. The series, based on Caroline Kepnes’ novel of the same name, is getting a sunny new home, too. Joe Goldberg is moving from New York City to Los Angeles in Season 2, and I don’t think anyone’s ready for what the show has in store.

Interestingly, the poster also includes Joe’s ex-girlfriend, Candace (Ambyr Childers), who is standing right behind him. Throughout Season 1, Candace kept appearing to Joe at random intervals and everyone legitimately thought she was a ghost. Turns out, Joe only thought that he’d killed her and it seems she’ll be following the killer to L.A. to haunt him for real this time. And honestly? The psycho stalker deserves whatever she’s gonna dish out.

Also? Why is Gossip Girl’s Penn Badgley so damn good at playing roles like this? It’s insane how he’s mastered the creepy/charming vibe and I hate how much it draws me in, but here we are. So, if you’re like me, you’ll be shamelessly (and happily) watching Season 2 of You when it premieres on Netflix in December. I’ll bring the popcorn!

You can check out the full poster below!