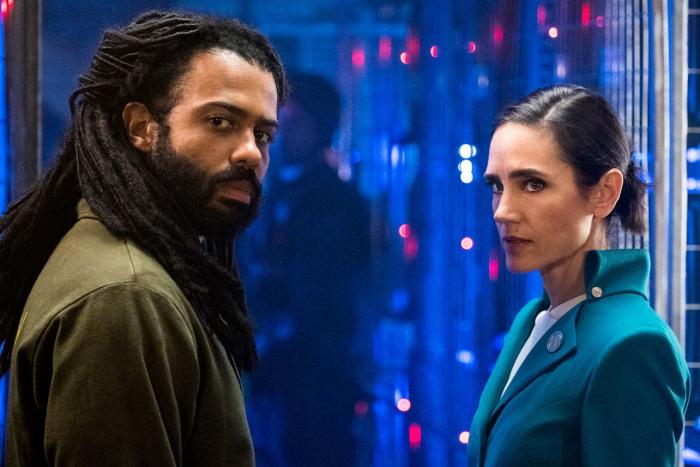 When TNT’s Snowpiercer was first announced (ages ago now), I was skeptical. How could any TV show ever top Bong Joon-Ho’s 2013 film? The answer is that it couldn’t, but that’s because what the Snowpiercer series had to offer was different. The premise of the drama is exactly the same as the movie, which is not surprising considering they’re both based on the French graphic novel Le Transperceneige.

However, the show is set only seven years after Earth freezes over (instead of 17), creating a tense atmosphere that is fraught with violence, hatred, and a deep despair that permeates the train cars. All of these things are exacerbated by the fact that all of the adults remember what life was like beforehand and escalating tensions threaten everyone aboard. Snowpiercer — which stars the talented Daveed Diggs and Jennifer Connelly — really surprised me when it premiered in the spring, intricately crafting a story about class and the lengths one will go to maintain power and control, all while digging deep into the dynamics of each train car section.

Snowpiercer was already renewed for Season 2 prior to the first season’s premiere. Filming halted earlier this year due to the pandemic, but I guess the season has wrapped up (or will wrap up) in time for a January premiere, which TNT announced during the show’s virtual panel at New York Comic Con. Joining Diggs and Connelly next season are Girl Meets World’s Rowan Blanchard and the inimitable Sean Bean as the mysterious Mr. Wilford.

I won’t spoil anything about the first season here, but now that Snowpiercer’s second season is fast approaching, now would be a great time to binge-watch the show’s first ten episodes (which are available on VOD, Hulu Live, or on TNT’s website if you’ve got cable). It’s an excellent show that expands on what the film has already given us and the well-crafted character arcs and storyline offer plenty of depth, mystery, and twists to keep you hooked.

← 'Hubie Halloween' Review: I Am Not Here To Redeem Adam Sandler's Bad Movies | Trumpdates: We Will Never Live Down 'Basket Full of Deplorables' →