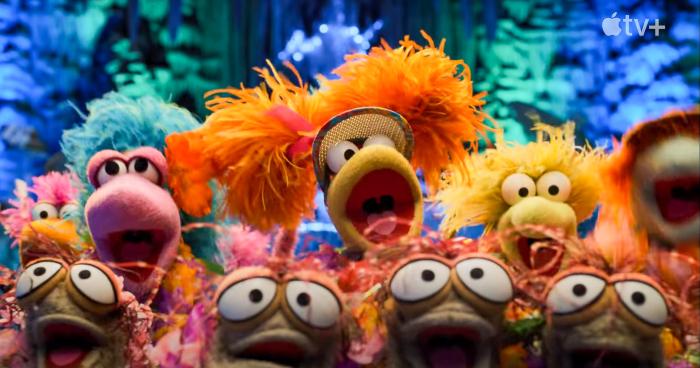 It's Almost Time to Get Down to 'Fraggle Rock'

It’s finally happening. Fraggle Rock, never given the respect of Sesame Street or The Muppet Show despite its international origins and 96 episode run, is getting a fresh start on Apple TV+. This reboot, Fraggle Rock: Back to the Rock, arrives next January, and Apple’s given us a teaser trailer with the updated theme song.

It’s not much to go on, but how much do you need? It’s the frickin’ Fraggles. Dave Goelz is involved, as one would hope, and so are John Tartaglia and Donna Kimball, who worked on The Happytime Murders. We lost Gerard Parkes in 2014 (RIP), but the Doozers, Gorgs, and Silly Creatures should all return. I hold out hope Sprocket will still be around. I’m very fond of the Fraggles, though I never saw most of it until adulthood. A new girlfriend and I spent 48 hours marathoning the Fraggle Rock DVD collection back in the day, consuming expensive beer and cheap Chinese food between spirited games of Hide the Doozer. I had the great fortune to marry that woman. It’s a much different experience now that we have children. Less beer, for one.

Gobo, Red, Wembley, Boober, and Mokey return with 13 all-new episodes on January 21, 2022, because apparently, 2021 is almost over? Not sure how that happened. Fraggle Rock: Back to the Rock is exclusive to Apple TV+. They’ve also got the original series if you want to introduce your own kids to it or use it to judge a new partner’s tastes. There are much worse ways to spend a weekend.

← Mel Gibson Will Reportedly Direct 'Lethal Weapon 5' | 'Beforeigners,' the Best Show You Didn't Watch During the Pandemic, Returns for Season 2 →