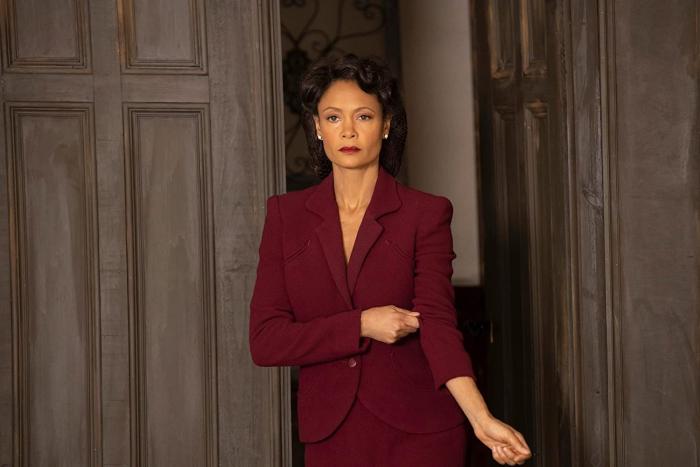 What You Need To Know About 'Westworld' Season 3: Real Worlds, Fake Worlds, Death Grips And 'Person Of Interest'

I’ll be honest: By the end of Westworld’s second season, I was dubious about the show’s future. Not only because the overstuffed HBO show was starting to feel more like homework than entertainment, but because, in the season finale, the show as we knew it ended. Almost all the characters were dead, the park was closed, and Dolores? She was heading off into the real world to wreak some havoc. What even is Westworld without multiple timelines and robot Hosts? What is Westworld without West World itself?

Season three picks up three months after the robot revolution and offers us our first in-depth look at the world outside the park. Delos is scrambling in the wake of the tragedy that took the lives of most of its board members and all of its positive word-of-mouth, and Charlotte has unofficially taken over the reins. Though, as we all know, Charlotte isn’t really Charlotte at all. Charlotte died, and this “Charlotte” is secretly a Host working with Dolores (we don’t yet know which Host, though, nor do we yet know which other Host CPU “pearls” Dolores smuggled out of West World in her bag). Whatever Dolores’s master plan is, it involves controlling Delos — though when we catch up with Dolores, she’s set her sights on another advanced tech corporations called Incite. And here’s where things get interesting.

Whereas Delos specialized in creating artificial intelligence so advanced it could be alive (and is!), the real aim was always to use that technology to recreate actual humans — giving paying customers the possibility of immortality in a shiny new body. Incite, by comparison, seems far less lofty in its aim even if its scope is broader. Incite runs a supercomputer called “Rehoboam” that oversees… the rest of the human world, basically. It mines data and manages systems, including finances and employment (workers receive ranks that dictate their job possibilities), and while the particulars of its functions remain cloudy, one thing that’s intriguing is that it also can track discrepancies. Things outside the natural order. Things like… Dolores. And Dolores, for her part, is doing her damndest to get a toe hold on Incite. First she uses her wealth of Delos park guest data to blackmail a former client who also happened to work for Incite, forcing him to hand over his money and the backdoor access to the system he’d stolen when he left. Then she uses her secret tap to get closer to the current head of Incite, only to discover that he’s no more than a figurehead. As she pushes him for information on the man who really runs the show, Incite’s security head, Martin Connells (Tommy Flanagan) realizes she’s not who she says she is and takes her away to deal with her. Permanently.

Or it would have been permanent if Dolores was human. Instead, she bests his goons, reveals a new Host-version of Connells ready to infiltrate Incite on her behalf, and kills the real man — all while bleeding from a gunshot wound. Which is exactly how newbie Aaron Paul finds her!

Paul plays Caleb, a down-on-his luck veteran facing depression, employment woes, and rising medical debt. He is our POV character in this new, real world, highlighting what we’ve known instinctively from the start: that not all humans are like the rich, privileged guests we’ve met in the park. He works construction, which doesn’t pay well, and so he also performs odd illegal side gigs for extra cash thanks to a fancy criminal enterprise app (think Tinder for underworld mercenaries). And for anyone who was getting tired of player-piano renditions of pop songs, you’ll be delighted to know that one standout scene finds Cal partnered with Lena Waithe and Marshawn Lynch to rob an ATM while a goddamn Death Grips song blasts out of all the nearby speakers. I mean, don’t get me wrong — I loved West World to death. But maybe the real world will be a good time as well!

There are two other characters we need to catch up with, so let’s start with Bernard. After Dolores rebuilt him and released him into the world, he went into hiding as “Armand Delgado,” an everyday Joe working at a commercial beef plant. Only he’s not pretending to be Armand, exactly — he’s actually got a sort of split personality, and underneath the facade is a very suspicious Bernard/Arnold personality ready to jump in and save the day at a moment’s notice. By the end of the episode, with his cover blown, Bernard hops on a boat to return to the West World park, proving we’re not entirely done with that place yet.

Finally, if you stuck around after the end credits, you were in for two huge surprises. One was the return of Maeve, who was seemingly killed at the end of last season. The other surprise is where we find her: In the previously unseen fourth Delos theme park, War World. Or World War World? WWII World? Nazi World? Whatever you want to call it, she wakes up in a fake European town where she’s clearly just been beating up some German guy, and there are tanks outside. How she was resurrected is a mystery, considering the destruction of The Cradle was supposed to mean that Hosts couldn’t be downloaded into new bodies anymore. Though based on the previews, it seems likely that the secret Incite mastermind had a hand in it…

All in all, it was a very promising start for the season, and though it had to take a lot of time establishing this new reality and catch up with all our characters, it never felt needlessly convoluted. Before, Westworld obfuscated its plot with time jumps and mysteries, but now for the first time as a viewer I actually feel like I have a firm grasp on where the show is going. There will be a war for supremacy, and leading the charge will be Dolores, who wants to secure a safe existence for her people — an entirely new race of organisms. As for who will be opposing her? Probably Bernard, who is in his own way the most “human” host, while Maeve will be the wildcard as always.

— Any Person of Interest fans out there? I’m getting big “The Machine” energy off of Rehoboam, which makes sense since Jonathan Nolan also created that PoI. If you’re unfamiliar, the show revolved around a government supercomputer that used surveillance data to predict terrorism acts, or really any acts of violence. The creator of The Machine left himself a backdoor so he could act on predictions that the government ignored, but the big hint we should probably pay attention to is that THE MACHINE ALSO WAS SENTIENT. Anyway, that was a good show!

— An interesting detail in Cal’s life is that he is introduced speaking with an old war buddy (played by Kid Cudi!) on the phone, only to later reveal that the buddy actually died and the “person” Cal was speaking with was essentially a therapeutic robo-caller AI custom built for him. He ultimately rejects the unreality of the calls, just as he also rejects the option to use designer drug implants to manage his emotional states. He is, in a lot of ways, mirroring the Hosts we’ve been watching for two seasons — beings that need to feel and remember their pain to reinforce that they’re alive.

— We haven’t yet seen The Man In Black, though I assume it was his place at the Delos meeting table that was being run by an AI delegate during Charlotte’s meeting.

— Just to reiterate: We still don’t know what other “pearls” Dolores has access to, so it’ll be interesting to see which characters are reborn in new bodies. Also, there’s been no mention of the Sublime (Host Heaven), which was saved and transmitted out of West World for safe keeping. Maybe that piece of the story, and all the characters who have been stored there, is done. Or maybe it’s out there, waiting to come back…

— Pom Klementieff is cute as a button, even when she’s being menacing!

— I dug the very strong Blade Runner vibes in this future-meets-1980s LA we find Dolores and Cal in, from the aerial shots to the corporate branding to the fashion.

— People seem very excited that Phoebe Tonkin (from The Vampire Diaries/ The Originals) had a small guest appearance in this episode. Not sure if she’ll be back, but maybe!

— As always, if you want refreshers or serious deep-dives into the minutia of this show, Joanna Robinson has you covered over at Vanity Fair!

← 5 Shows After Dark: 'The Plot Against America' Premiere HBO, 'Supernatural' 15th Season Spring Premiere | Who Died on 'The Walking Dead' Last Night in 'Walk with Us'? →