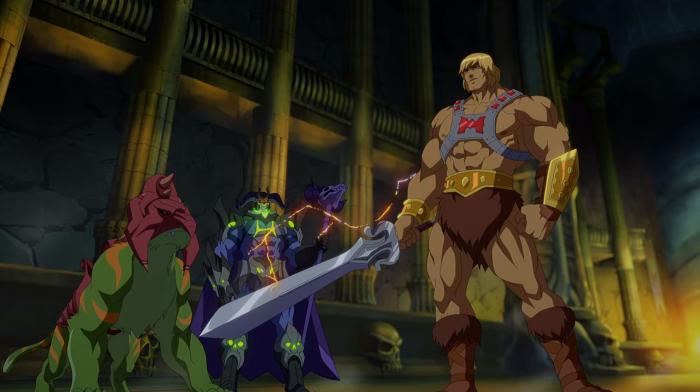 In 'Masters of the Universe: Revelations' Part 2, Everyone Has the Power

When last we left our Eternian heroes and villains, things didn’t look great for team He-Man. After returning from the heaven known as Preternia and restoring magic to the land, Skeletor thrust his spear into Prince Adam from behind. Adam took the whole shaft, and Skeletor seized the Power of Castle Greyskull for himself. And if that’s too much homoerotic subtext for you, then Part 2 of MotU:R might be hard for you. So, so hard. 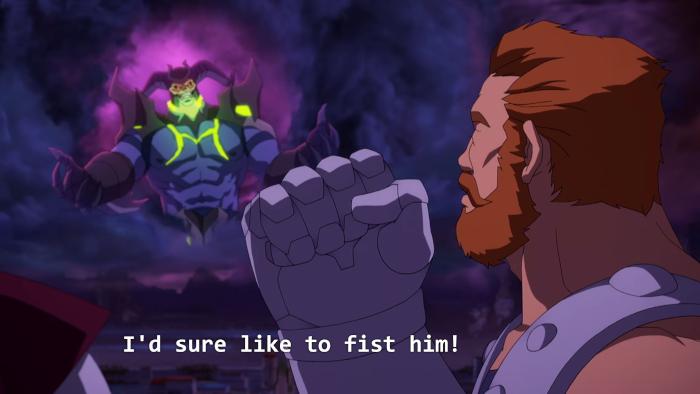 If there’s one thing I love about Kevin Smith — among the many things I love about Kevin Smith — it’s that the man is a grandmaster-level troll. After Part One’s controversial emphasis on Teela, Evil-Lyn, and family dynamics rather than punchy-punch smashy-smash, Part Two flips much of the script. Teela and Evil-Lyn are still the focus and Smith spends time resolving strained relationships, but Skeletor and He-Man are back with a vengeance. Their battles are cataclysmic in nature. Skeletor has the Sword, so he has the Power, but it turns out Adam doesn’t need the Sword. It’s a conduit, nothing more. And when Adam calls down the power without it he becomes a very different He-Man. 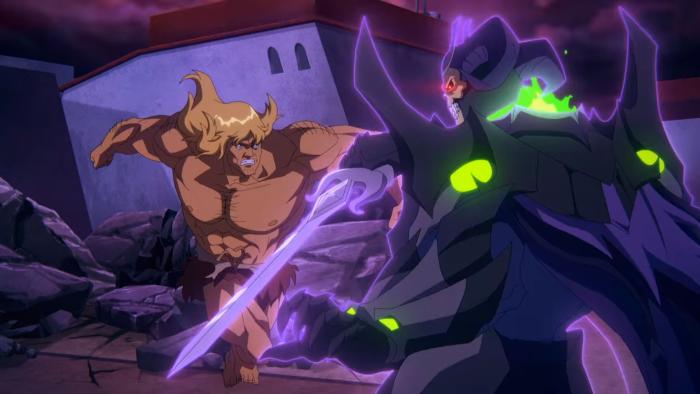 This new Savage He-Man, like a white Hulk, goes up against Skele-God in an epic struggle that feels like the final battle but turns out to be only a warm-up. Because Evil-Lyn also has the Power. Oh, and Teela does too. It’s less power-creep and more power-sprint, and the number of abs on display boggle the mind. It’s an absurd escalation of the stakes that puts the entire universe at risk, but it’s entertaining as hell. The 5 episodes of Part 2 have a total runtime of about 2.5 hours, and of that almost 2 hours are pure action. The fights are pure adrenaline, well-animated, and easy to follow. Everyone gets in on the action. 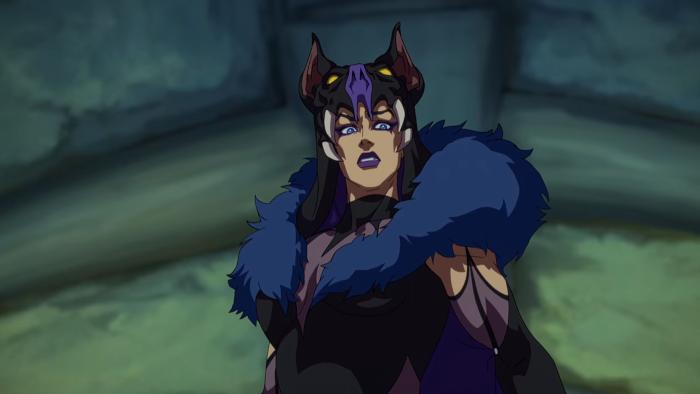 The fight scenes aren’t the only upgrade in Part 2. Sarah Michelle Gellar’s voicework is significantly better, though that might be because the writers give her fewer ridiculous lines. Chris Wood does a good job as Prince Adam, though he’s mostly there to look heroic and throw out the occasional uplifting message. Mark Hamill steals the show as Skeletor, of course. He’s legit hysterical in multiple episodes, and sounds like he hasn’t had this much fun since he was the Joker. The artwork is gorgeous and the animation smooth. The puns and innuendos will have your eyes rolling in their sockets, as they should in a He-Man cartoon. And Teela and Evil-Lyn are still central to all that happens, particularly Lyn. It mostly makes sense storywise, and Lyn becoming her own woman out from Skeletor’s shadow is satisfying.

It’s not all good news, of course. Not everything in the story makes sense, even for a cartoon. In particular, Evil-Lyn’s ending is… unsatisfying, given her actions in the back half of the season. Some of the dialogue is atrociously clunky. Most of it can be summed up thusly:

There’s not a whole lot of logic to be found. In addition, the setup for next season feels inconsequential after the universe-shaking final battle. Anything would feel like small potatoes after you threaten to wipe out all of creation. 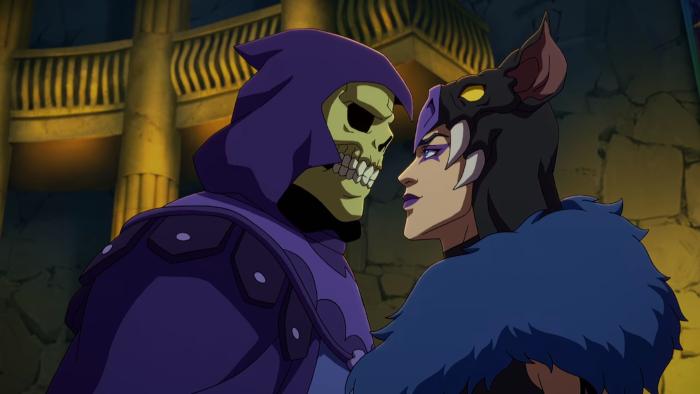 Long story short, it’s no Hit-Monkey. But it’s fun, and with such a short runtime there’s no reason not to watch. If you enjoyed the first half, or have 5 hours to watch the whole thing, check it out. I’d be surprised if Smith doesn’t get at least one more season out of Netflix. The same people who hated Part 1 will probably hate Part 2 as well, mostly out of spite. For the rest of us, Masters of the Universe: Revelations is a very entertaining way to waste a Saturday morning.