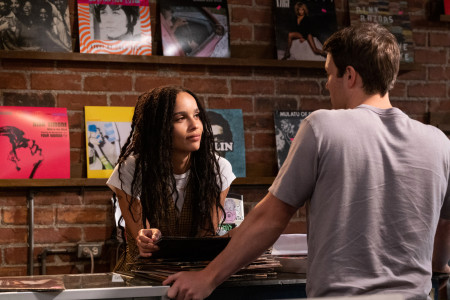 There’s this podcast I listen to where two best friends and former co-workers catch up on weekly calls and we get to listen. It’s delightful, but not what I’m writing about right now so they don’t get any additional free press. During one of their conversations about embarrassing obsessions from high school, one of the podcasters brought up how he identified with Dave Matthews and aspired to be more like him.

First Guy: I thought, “Here’s this guy, he’s balding, he’s a little chubby, and he’s kind of a spaz. And he’s still sexy.”

Second Guy: What about Nick Hornsby?

First Guy: Do you mean Nick Hornby or Bruce Hornsby? Doesn’t matter, I love them both.

I bring this up because I wanted to tell an unrelated story about a time that I was really thrilled that Nick Hornby was included in a conversation because I really love Nick Hornby. A Long Way Down is one of my favorite books, Juliet, Naked is an underrated masterpiece (and one of Hornby’s best film adaptations), and High Fidelity … look, there’s no way around this, it doesn’t hold up. The film is still charming as hell in places (“Charlie, you fucking bitch. Let’s work it out!” is one of the greatest lines in recorded history). But the entire premise of the film (immature man-child gatekeeps customers with his two equally manchild friends while obsessing about music and all the bitches who did him wrong) does. Not. Hold. Up. (At this point, I feel the need to remind everyone that in the original film, when Rob discovers that Penny Hardwick, the girl who he dumped because she wouldn’t put out in high school, was date-raped after their break up, his reaction was to rejoice that she hadn’t actually dumped him. How the fuck did we fall for this movie?)

The show seems to know this, and in a lot of ways, manages to correct for it but in ways that then make other plot points of the show unrealistic. The trio at Championship Vinyl is no longer three straight, white men, but two women of color and a gay man. They don’t debate if a specific customer is deserving of having them sell him a record but the moral complications of selling a record made by someone who raped people. These are all good things! But that then means that Zoe Kravitz’ Rob is now a remarkably beautiful, uber-cool woman who is running a successful enough record store to afford her great New York apartment, but somehow still manages to feel like a loser because she hasn’t gotten married by thirty? I do not want to live in that world.

It’s why my biggest disappointment in the show is that it tried too hard to recreate specific moments from the movies that just don’t work (Catherine Zeta-Jones’ character is now a wannabe influencer named Cat (well played). Is there anyone currently on the internet who doesn’t know that people who are trying to market their “brand” suck?). Especially because the departures from the movie are really, really good. I won’t get into spoilers about what those departures are, but the addition of Clyde (Jake Lacy rocking some tattoos that are making me change my mind on him) and the additional background on Cherise (Da’Vine Joy Randolph) and Simon (David H Holmes) (a character who disproves the hypothesis that I’m only attracted to men who will ruin my credit. Turns out they just have to be gay and therefore unavailable in another way) make the series worth it. It’s, unfortunately, all of the other moments that make it drag.

Zoë Kravitz is great at times, but her Rob is not Cusack’s Rob, and watching her trying to force herself into his mannerism and struggles just doesn’t work. She isn’t an unappreciated scholar who shits on the people who know less than she does. She’s passionate about music and gets excited talking about it, and she allows others to partake in her passion even when they aren’t great people or have made mistakes. She doesn’t feel persecuted by the people from her past but haunted by what she did to them. She wants people to understand her so she tells them about her drinks and music and podcasts of choice, because as much as she wants people to know her, it’s still scary to tell people who you are. The series is about finding the balance between communicating through what you love and using it as a replacement for communication. That’s a really good series. It’s just that that series shouldn’t have tried to be High Fidelity.

← Whatever Happened to Writing, Directing, and Acting Triple Threat, Edward Burns? | 5 Shows After Dark: 'Fresh Off the Boat' Series Finale, 'Dynasty' on The CW →