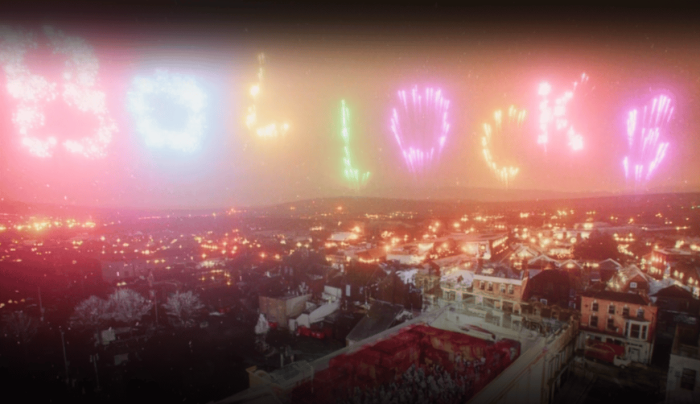 Hulu's 'Pistol' Is A Lot Of Noise But Not Much Else

Watching Danny Boyle’s Pistol on Hulu is like watching a movie about WWII. You know how it’s going to end, it’s just a matter of which story it’s going to tell to get you there. The six-episode series is based on guitarist Steve Jones’ memoir Lonely Boy, and while he is the entry point for the audience into the world of 1970s provocateurs and youth revolutionaries, he’s probably the least interesting person among them. No, scratch that. Based on this show one would think Pistol’s drummer Paul Cook never spoke and had no opinion on anything. So, second least interesting person.

By the time Maisie Williams (Game Of Thrones) makes her risque entrance in episode two, I was already wishing the show was about the women behind the band: fashion influencer Jordan (Williams), designer Vivienne Westwood (Westworld’s Talulah Riley), and musician Chrissie Hynde (Sydney Chandler, who will be in Don’t Worry Darling). They peak around the edges and clearly have their own stories to tell, but we’re here for another have-guitar-will-travel take on men’s influence on rock n’ roll. If all you knew about The Sex Pistols before watching this series was that they were the clown princes of British punk rock who all hated each other by the end then, well, you probably already know everything this show has to tell. The Sex Pistols might have inspired a punk rock revolution in the 70s, but I don’t think this show will inspire any new converts to punk rock or The Pistols. 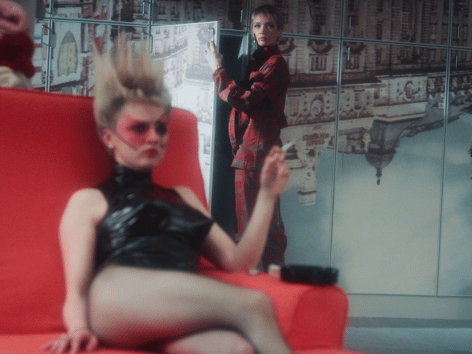 Anson Boon’s (1917) performance as Johnny Rotten is the real stand out here. Ridiculous, outrageous, outraging, insightful, and sympathetic all in turns. He also looks the part. It’s hard to reconcile this young punk with the real-life Johnny Lydon, who would probably be greatly disappointed with this version of his younger self. When Glen Matlock (played by Speechless’ Christian Lees) gives his sad little monologue in episode 4 about how he learned to play music because he was a lonely misunderstood schoolboy, you feel sorry for him because you know (or should) that he’s about to get the ax as the band embraces their own chaos and replaces him with Sid Vicious, played by Louis Partridge (Enola Holmes, Paddington 2). 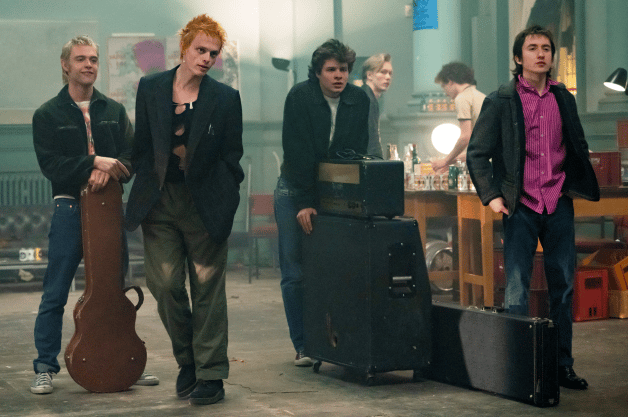 Yes, yes: Nancy Spungen (Emma Appleton) is also part of this story. Her relationship with Sid Vicious dominates the back half of the series as the band spirals and the scene itself starts to fall apart. The negative attention is all too much, as their manager/producer, Malcolm McLaren (played convincingly and with great energy by Game of Thrones’ Thomas Brodie-Sangster), pushes them harder to be the public face of his revolution. The members of The Sex Pistols barely liked each other — or themselves — to begin with, and becoming the most hated band in England took its toll on top of that.

There’s a shiny, dreamy quality to the way this show was shot that makes it all seem unreal. All of the scenes of the band’s early shows are appropriately claustrophobic and feel realistically DIY. I was at a lot of shows in my youth that looked and felt the same way. They probably smelled the same, too, before all of the smoking bans were put in place. 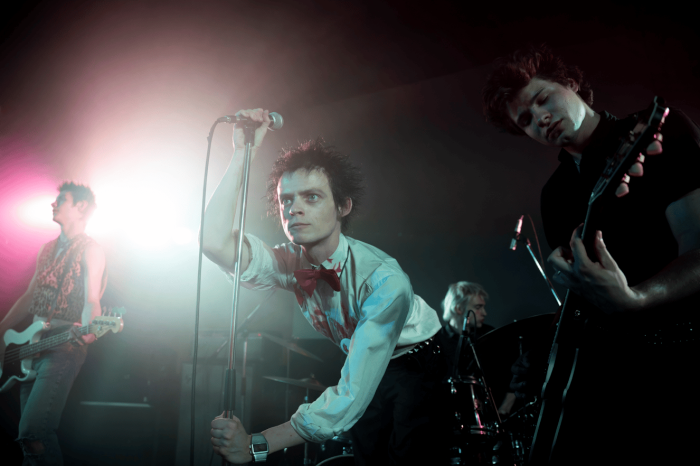 If you’re a fan of Danny Boyle’s other work (Trainspotting, Slumdog Millionaire, 28 Days Later) you’ll probably find something to like here. “Working-class sods,” scraping to get by, f*cking and fighting mostly amongst themselves, sometimes against the “dirty hippies” and metal head bikers who were the audience for a lot of their early shows. There’s a lot of drugs and sex and close proximity to rock n’ roll, but it’s not required viewing by any means.


← Mocking Disney Adults Was All Fun and Games Until Someone Brought in Religious Persecution | Review: 'Crimes of the Future' Is a Science Fiction Opus for the Sickos →