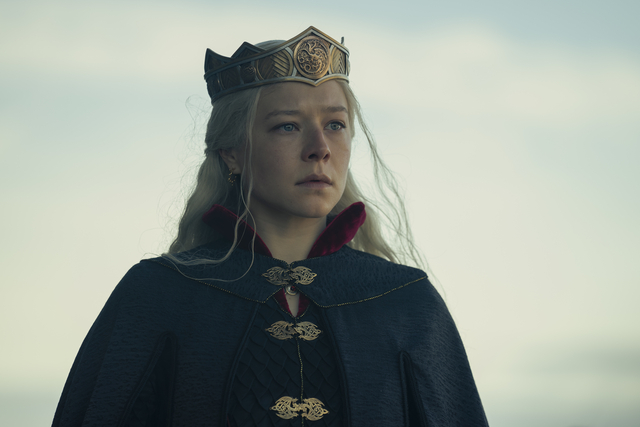 ‘House of the Dragon’ Showrunner Exit May Have Been Personal

HBO pinned a lot of money and hopes on greenlighting the Game of Thrones prequel, House of the Dragon. The company hedged their roughly $20 million an episode bet by tapping previous GoT director Miguel Sapochnik as showrunner, alongside Ryan Condal. The wager paid off big, with the series going on to bring millions of viewers and a smash hit for the network. Much of that success can be credited to Sapochnik, who directed some of the most acclaimed GoT episodes, including the Emmy award-winning “Battle of the Bastards.” But only weeks after the series premiere aired, Sapochnik gave the surprising announcement that he was leaving the series entirely, with Alan Taylor, another GoT alum, filling in for him (via THR):

Working within the Thrones universe for the past few years has been an honor and a privilege, especially spending the last two with the amazing cast and crew of House of the Dragon,” Sapochnik said in a statement. “I am so proud of what we accomplished with season one and overjoyed by the enthusiastic reaction of our viewers. It was incredibly tough to decide to move on, but I know that it is the right choice for me, personally and professionally. As I do so, though, I am deeply comforted to know that Alan will be joining the series. He’s someone I’ve known and respected for a long time, and I believe this precious series could not be in safer hands. I am so glad to remain a part of the HBO and House of the Dragon family and, of course, I wish Ryan and his team success and all the best with season two and beyond.

The season continued to air, receiving mostly praise from viewers, including from yours truly, and the story eventually cooled. But over the last twenty-four hours, it’s heated right back up again with the breaking story from newly founded media company Puck News that the real reason Sapochnik left is because HBO would not agree to let Sapochnik’s wife, credited season one producer Alexis Raben, join the production team for season two. It’s alleged that her inexperience was cited as the reason, resulting in a conflict bitter enough to require the use of a mediator.

If this is the case, this is both confounding—why someone would be able to garner production credit on a first season only to be denied for a second based on their lack of experience is a head-scratcher; there’s also the fact that Sapochnik still has development deals in place despite the alleged kerfuffle— as well as disappointing. Because while the success of the show is granted primarily to Sapochnik and Condal, the show’s greatest draw, the drama surrounding Rhaenyra and Alicent, is thanks primarily to Raben, according to Sapochnik (via Empire):

One day, she said, ‘This would be much more interesting if it was about the two main female characters, rather than the male characters,’” Sapochnik recalls. “‘If you really focused in on the patriarchy’s perception of women, and the fact that they’d rather destroy themselves than see a woman on the throne.’ That wasn’t a perspective I have ever told before. I think it made this show feel more contemporary too.” While the pair begin the show as friends, disruption in the kingdom finds them on opposite ends of an ideological spectrum when it comes to the patriarchal structure they’re trapped in. “We said, ‘What if Alicent is like “Women for Trump,” and Rhaenyra’s like punk rock?’” Anarchy in Westeros? Count us in.

I distinctly remember hearing Sapochnik saying as much during an “Inside the Episode” and thinking to myself how fortunate it is that unlike GoT, there was a woman in a position to give a much-needed perspective on a fantasy franchise that has received a large amount of (rightful) criticism regarding the use of women in their storytelling. If this story is true (so far all parties involved have yet to comment), it sounds like the series had a greater loss beyond just losing a showrunner. Behind the scenes, House of the Dragon has been savvy enough to have more women on the crew, including several female directors at the helm (whereas GoT counted only one woman director among its ranks throughout all eight seasons); hopefully, those remaining will continue to steer season two in the same direction when it comes to delving into the grim but fascinating patriarchal dynamics we saw in season one.

Kaleena Rivera is the TV Editor for Pajiba. When she isn’t twiddling her fingers waiting for 2024 (when season two will most likely air), she can be found on Twitter here.