Good news: The Good Place is back! Bad news: this is the final season. Which means we only get to hang out here for a little longer before it’s all over. But let’s enjoy it while we can, shall we?

If you’re new to these posts: rather than reviews that mostly just say “I loved it!”, my goal is to try to find as many of the weird, random jokes that might otherwise slip by unnoticed as I can.

This may lead to some spoilers, so you know, spoilers.

Anyway, enough preamble, let’s get to “A Girl From Arizona, Part 1”!

What Kant Chidi Do? 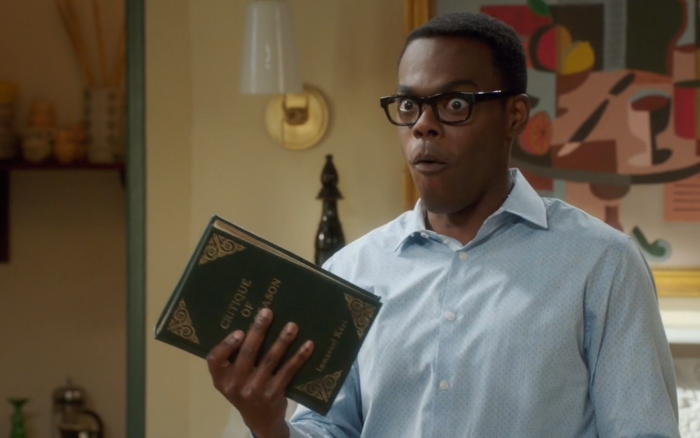 When Eleanor shows Chidi his new home, she also shows him a power he’s been given - the ability to summon books from his shelf by thinking about them! Naturally, his first choice is “Critique of Pure Reason” by Emmanuel Kant, which is no doubt a very funny philosophy joke commenting on metaphysics for people who are much smarter than me.

Some of the signs (such as “Lasagne Come Out Tomorrow”) remain from last season, but there were a couple new ones that I don’t remember seeing before: 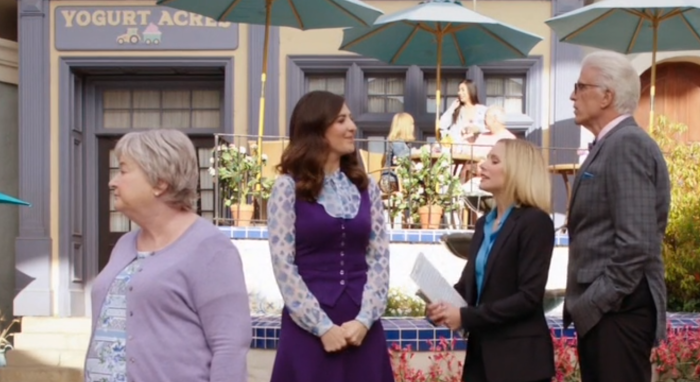 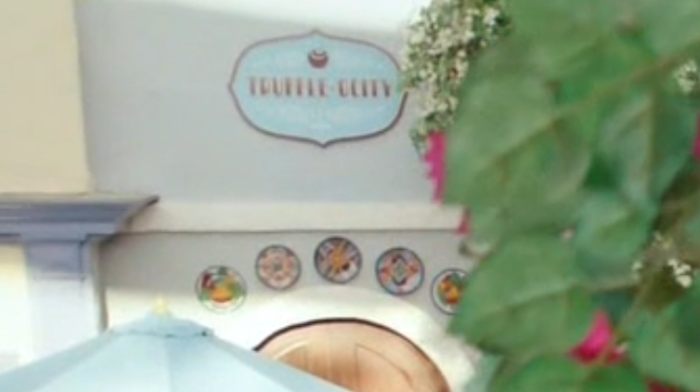 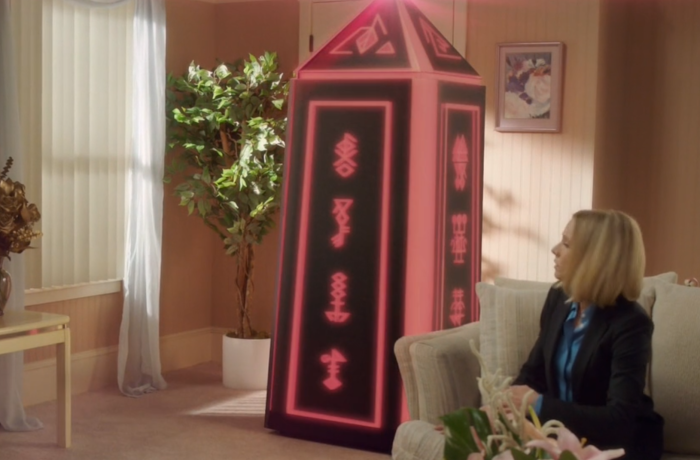 Remember the Obelisk from one of the previous 800+ reboots? Here, it’s being used as an isolation chamber for Matt the accountant to monitor the humans without interference from the outside world.

Side note: congratulations to Matt on his new gig! Last time we saw him, he was working on the “Weird Sex Things” beat and having his request for termination denied by his boss. 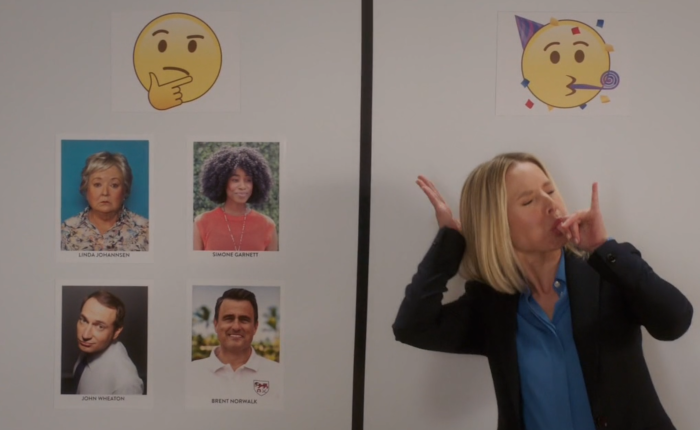 Every actor knows that the right headshot will convey the tone and look for the part you’re going for, which is why “I totally need new headshots” is a real phrase people say.

But these four happen to be perfect - in particular, John’s has that “I’m trying to look dramatic and also thinner” thing going for it, and I’m fairly certain Linda’s is her DMV photo. 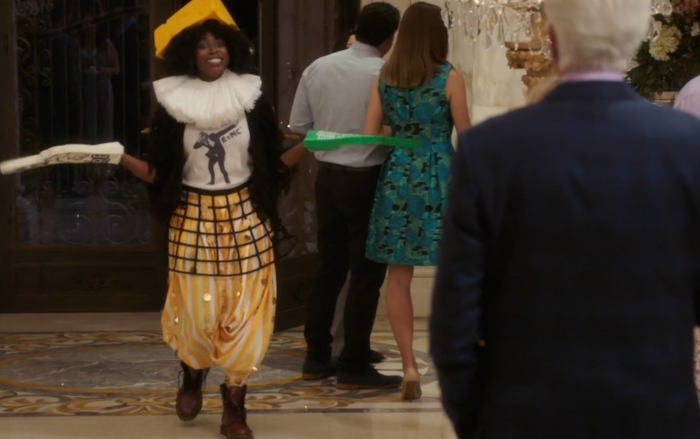 As Simone continues to believe that she can do whatever she wants because this is all in her head, she finds a unique way to dress for the party.

So much here. The foam fingers. The cheesehead. The dabbing Einstein. And are those hammer pants? 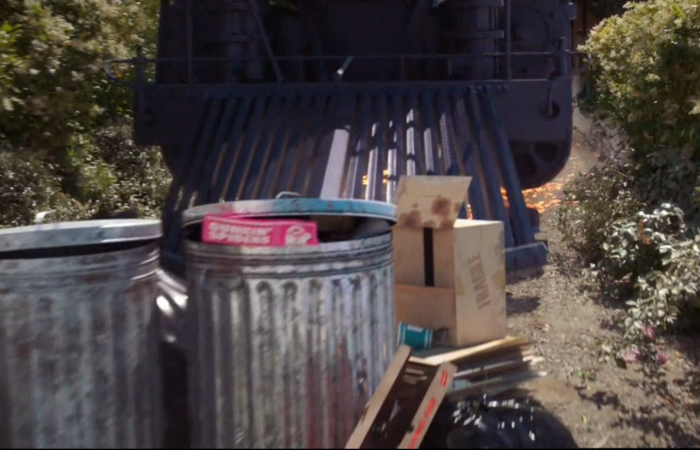 Pretty tough to see, but in the trash that Bad Janet placed in front of her train, it appears that there’s a box from Dunkin’ Spiders, which seems appropriate for The Bad Place.

That’s all I’ve got this week. What did you think? And what did I miss?

← Spider-Man Will Stay in the Marvel Cinematic Universe, For Now | Where Are You On The Joe Buck Hate Spectrum? →