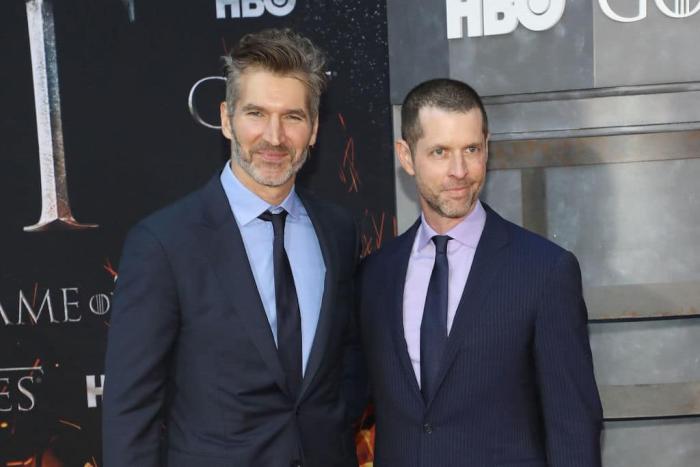 When you helped to create one of the biggest pop culture phenomenons of the century, you’re almost certainly going to be given every opportunity under the sun, regardless of how much grumbling fans or critics do. So we always knew that David Benioff and D.B. Weiss of Game of Thrones fame would be fought over by every studio and network on the planet. In the Peak TV age when everyone is desperate to make the next Game of Thrones, surely you just cut out the middle-man and get the people who made Game of Thrones? And the ones to land the duo? Netflix, of course.

According to Deadline (via io9), after three weeks of being courted by six studios, Netflix sealed the deal with a whopping nine-figures. That gives them exclusivity, except for that whole Star Wars trilogy they’re also making, because why not.

In a statement, the pair said:

‘We’ve had a beautiful run with HBO for more than a decade and we’re grateful to everyone there for always making us feel at home. Over the past few months, we’ve spent many hours talking to Cindy Holland and Peter Friedlander, as well as Ted Sarandos and Scott Stuber. We remember the same shots from the same ’80s movies; we love the same books; we’re excited about the same storytelling possibilities. Netflix has built something astounding and unprecedented, and we’re honored they invited us to join them.’

Netflix has been happy to throw their cash around for the big names, from Benioff & Weiss to Ryan Murphy to Shonda Rhimes. There are still questions surrounding how beneficial a Netflix deal is for smaller creators, especially since joining the streaming service means things like syndication deals are immediately off the table. Obviously, those major showrunners won’t suffer, although the dynamic created is hard to ignore. There’s no cash for Tuca & Bertie or One Day at a Time but there’s plenty for them? Uh-huh.

Benioff & Weiss also didn’t exactly end Game of Thrones on a high and fans aren’t quick to forgive on that front. How do you f*ck up the finale of something so anticipated and so critically adored? Well, you do what they do. But these guys already had a foot out the door and that boredom shows in season eight. They knew they didn’t really need to try because people were already throwing money at them left and right. They’re guaranteed an audience of some kind because of that legacy, although I’m curious to see what they want to make as the next watercooler series Netflix is so eager for.

The good news is that this means the HBO show they wanted to make about an alternate America where the Confederacy seceded and slavery remained legal will probably not be happening now. With stellar ideas like that, I’m sure this pair will go far.

← Celebrities Boycott SoulCycle After Learning the Owner Is Fundraising For Trump | Will The British Parliament Be Able To Stop A No Deal Brexit? →