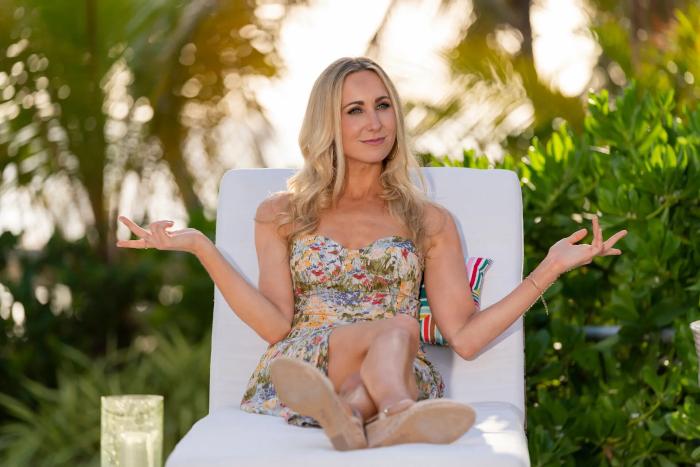 Because I have both self-respect and dignity, and because my brain was melting in one-hundred degree heat and oppressive humidity, I watched FBoy Island on HBO. And let me just say: game design is dead and everything is meaningless. This show is truly the debris of reality television at its finest and most absurd, burgeoning into gleeful self-parody as absolute nonsense piles high on screen.

For those blissfully unaware: FBoy Island is an HBO Max series where three hot women and a bunch of hot men get boated to the proto-typical tropical island paradise, and the women slowly eliminate the men as potential soulmates in the healthiest and most normal of dating environments. The shtick here is: half the men self-identify as f***boys, and half self-identify as nice guys. The women, who demonstrate horrendous taste in men throughout, try to fall in love with someone from the correct category of dude-bro.

Yeah, it’s as bullshit as it sounds.

And the kicker: they are on HBO. Where you can absolutely say fuck. The cast members do indeed say fuck not infrequently. But by some arcane logic of reality television, absolutely nobody says fuckboy. Despite fuckboys and their self-serving misogyny being the premise of the show.

But here’s the defining aspect of FBoy Island: It is absolute chaos. There is no structure, no design. Sometimes one-on-one dates will randomly happen. Sometimes there are pool parties. Sometimes contestants pretend to hitchhike across the island between villas. Periodically eliminations happen but never, apparently, with the same rules twice. The rules do not matter. Men literally pick women up and carry them away from conversations with other men. I privately dubbed one of the eligible women, CJ, as the resident chaos demon, who approaches the search for intimacy like a kid throwing lit fireworks into a trash can to see how the explosion plays out. At one point, trying to remember a contestant’s name, she asks in a talking-head interview: “Like to be one hundred percent honest, is he part of the cast?” You can’t help but feel the producers are taking a similar tac with the show as a whole and filming the fallout. As one contestant ducks out because of a medical emergency, literally everyone struggles to remember who he even is. The producers helpfully montage previous scenes while graying out the man’s face. Everyone is in on the joke, and everyone keeps playing.

FBoy Island is truly the fruits of decades of increasingly nonsensical dating shows. And it makes perfect sense that it exists. I remember driving to school listening to radio talk shows many moons ago, when The Bachelor was a relatively novel concept. The radio host asked one of the female contestants why she would go on a show like that to find love: Doesn’t that seem genuinely beyond reason, to competitively date one monogamous person against a dozen-odd other monogamous people who have never even met said object of desire before filming begins? My teenage brain was like, Yeah that does in fact sound truly beyond the scope of rationality.

Has the underlying logic of dating shows changed? If you ask me, no. It’s just much more normal, and if you don’t get love or prize money now you can grow your audience as an influencer for some more reliable income…or just go on another reality show and spin the wheel again while boosting your TikTok subscribers.

Host/comedian Nikki Glaser reigns over the show’s hellscape with a devilishly knowing smile. She’s fun and funny as ever and absolutely having a blast. While ostensibly she does the serious-host-face routine during the Serious Emotional Moments, she delivers casual punchlines on the complete absurdity of her domain. Overseeing a pointless game of three-way water-balloon dodgeball, she blithely comments that this is a truly unwatchable setup.

As more and more men are eliminated and are shifted to other villas on the island, it becomes increasingly clear that the eliminated players are hostage extras in Glaser’s comedy skits which pepper each episode. All the skits take aim at the men themselves and their complete himbo obliviousness. The himbos themselves eat that comedy up. A homoerotic smoothie-making montage occupies several full minutes of runtime, apropos of nothing. And the show goes on.

And it works. Chaos and comedy and self-parody reign as the himbos continue to be ridiculous and the search for love transcends into genuine nonsense. The women continue to make reliably horrible choices. The show is well aware. It’s a step beyond guilty pleasure watch: if anyone’s experienced The Onion’s Sex House, you know the kind of uproarious and disturbing satire that reality TV lends itself to. On FBoy Island, the audience, the contestants, and the host all have a good laugh at the insanity wrought in the name of showcasing very hot people on subscription streaming services.

As someone with an interest in game design, the tremendous absence of it is something to behold. The success of that free-range anarchy becomes a level of social commentary as nobody learns anything and people telecast emotional turmoil while very clearly not giving a single fuck if they’re about to run into their soulmate or their next margarita.

“Let the nonsense begin!” declares Glaser at the beginning of the second season, now streaming on HBO. Let’s not pretend she doesn’t have skits planned, gentlemen.