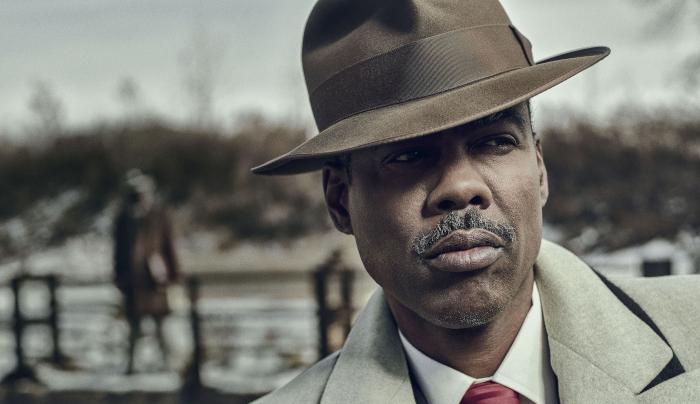 Spoiler alert: This review will contain plot points and mild spoilers for season four of FX’s Fargo. However, for those of you who may consider watching in the near future or who simply haven’t gotten around to finishing it, major plot elements have been avoided.

The most recent season of FX’s Fargo wrapped last Sunday to little fanfare. This was due in part to it airing the same evening as the highly anticipated finale for the HBO limited series The Undoing, which took up most of the social media chatter. But Fargo was up against more than competition: It was up against the expectations of the seasons that preceded it, not to mention a lengthy three-year gap since the last entry in the critically acclaimed series.

Season four takes place in 1950 Kansas City, with episode one providing us with a rundown of the local crime history via flashbacks, starting in 1920 with the Moskowitz Syndicate (the Jewish crime organization) and the Milligan Concern (their Irish counterpart). A formal ceremony is carried out in which the youngest son of both crime bosses is traded with the other, a living peace treaty of sorts. Later, when opportunity strikes, the Milligan son, Patrick, provides his family a chance to wipe out the Moskowitz Syndicate. A few years later, the Fadda Family, newly arrived from Italy, sets the cycle back in motion, trading their youngest with the ruling Milligan Concern. Patrick is once again traded, only this time he defects, betraying his family and shooting his own father. We then come to present day, with the firmly established Fadda Family repeating this ceremony with the African American crime family, Cannon Limited, with the Fadda son, Zero (Jameson Braccioforte), traded for the Cannon son, Satchel (Rodney L. Jones III). The stage is now set, the players in their positions, as the Fadda and Cannon factions begin wrestling for control.

These events are conveyed by narrator Ethelrida Pearl Smutney (Emyri Crutchfield), a sixteen-year-old girl who lives with her parents at the local funeral home they run and operate. As the Cannon/Fadda trade goes down, she tells the viewer, “And here’s what you need to know about the people in that room: none of them were white.” Showrunner Noah Hawley and company clearly want to acknowledge the time period in which the privilege of whiteness was afforded to a far narrower demographic, in addition to the backdrop of segregation. However, with the exception of an incident in the first episode, when the Fadda patriarch, Donatello (Tommaso Ragno), is horribly injured in a freak accident and the crew is denied treatment at the first hospital they seek, xenophobia and the immigration experience is only alluded to several times afterward, mostly via grandiose speeches. Hawley avoids directly tackling the subject of racism (probably for the best, really; not every writing room is capable of doing so), though we’re regularly reminded of the very distinct lines drawn between white and Black citizens, such as the segregated city bus Ethelrida takes to and from school, or the Black front desk worker who informs Satchel he should keep out of sight lest one of the hotel co-owners see him. But for anyone who goes into this season wondering if there will be an in-depth examination of race, that’s not this show’s intention.

The most developed example of race-based power disparity is personified in Oraetta Mayflower, nurse, autodidact, and serial killer. Played with zeal by Jessie Buckley (who will almost surely see an Emmy nomination for this performance, as it is a standout), the straight-backed, scurrying, articulate Oraetta is a nurse who, in prior years, would have been referred to as an “angel of mercy.” No one has any inkling of her murderous proclivities, and she is quick on the draw to throw up the shield of respectability whenever challenged. Her ability to wield her whiteness, and be utterly aware of doing so, is terrifying. When Oraetta takes notice of Ethelrida—who happens to be her neighbor—due to her clear intelligence (she’s an avid reader and multi-lingual), she attempts to ingratiate herself to the teen. To ignorant eyes, it may seem like an attempt at kinship (Oraetta even goes so far as to comment “I guess that makes us sisters of a sort,” at one point), but it’s little more than a bigoted condescension doled out by a person caught off guard and briefly amused by a person they deem a lower class than themselves. This dynamic grows even more insidious over the course of the season, and when Ethelrida begins to suspect something is truly off with her neighbor, it’s obvious that one is much more likely to be believed than the other.

The organized crime storyline is fairly straightforward. When the new Fadda boss, Donatello’s older son Josto (Jason Schwartzman) takes control, his tenuous command is challenged by the arrival of his younger, but far more physically intimidating brother, Gaetano (Salvatore Esposito, whose eye-bulging, Batman-growl affectation left me gritting my teeth; he thankfully eases up a bit as the season goes on, but until then all I could do was wince). Meanwhile, the head of Cannon Limited, Loy Cannon (Chris Rock), tries to obtain more power for his criminal organization while attempting to advance his legitimate enterprises. In the role of Loy, Chris Rock brings every bit of gravitas that he can. The problem is it’s not his gift (he’s much better when tenderness is called for, however), but more than that, his biggest hurdle is that it’s almost impossible to get away from the Chris Rock persona. Try as he might, he never disappears into the role, and it makes me wonder what could have been had someone like Lance Reddick been tapped for the role. Loy’s right-hand man is Doctor Senator (greatest name ever, hands down), played by the great Glynn Turman, and as his consigliere, he’s primarily responsible for the Cannon ship staying on course.

Like every other season of Fargo, law enforcement is present, but this time around, the lawman is dirty. Actor Jack Huston plays Detective Odis Weff, a WWII veteran who has what appears to be undiagnosed post-traumatic stress disorder coupled with obsessive-compulsive disorder. He’s in the Faddas’ pocket, though things get complicated when U.S. Marshal Dick “Deafy” Wickware (played by the only actor contractually obligated to play a marshal, Timothy Olyphant), hot on the trail of escaped prison inmates Zelmare Roulette and Swanee Capps (Karen Aldridge and Kelsey Asbille, respectively), comes to town and requests the assistance of local PD. Deafy is operating under the correct assumption that the two have sought shelter in Kansas City, as Zelmare happens to be the older sister of Ethelrida’s mother, Debril (Anji White), which is only the beginning of the Smutney family’s problems.

If you’re thinking this sounds like a lot going on, you’re right (there’s still plenty I haven’t covered). Ultimately the season’s main weakness is attempting too many tricks at once. After a while, it’s like watching a professional dancer start to trip over their feet. The show avoids falling face-first, but the narrow recovery is noticeable enough that the audience gets distracted from an otherwise decent routine. Because every ounce of energy is devoted to keeping all these balls in the air, the majority of the dialogue is dedicated to advancing the plot, leaving little room for anything else. There are few emotional stakes to be found and without that, the wins and losses have less impact. A notable exception is the mentor relationship that emerges between a Fadda henchman, the adult Patrick Milligan, now known as Rabbi (Ben Whishaw, who is absolutely lovely playing a man whose exhaustion with the world equips him with a complacency that runs at cross-purposes with his remaining sense of integrity), and young Satchel, whose education and general well-being has fallen to him. Their connection is incredibly touching and it’s a damn shame we couldn’t have more of it. Generally, the show’s greatest successes occur whenever any given pairing is allowed to simply interact, especially its foes, such as Odis with Deafy or Oraetta and Ethelrida.

Fargo’s fourth season makes for a good show, and if this was a limited-series on, say, HBO, it would be generating far more buzz. Alas, it’s not. It sits instead on the same shelf as its predecessors, whose brilliance (especially the first two seasons) emits a light so bright that it easily subsumes season four’s little candle. If you’re a fan of the previous outings, there’s almost certainly something here for you. It’s a departure to be certain, and while the road it takes may not present any radically new sights or unfamiliar destinations, it’s an entertaining trip nonetheless.

The fourth season of Fargo is available now in its entirety on Hulu.

Kaleena Rivera is a writer and pop culture enthusiast. You can find her on Twitter waxing poetic about Ben Whishaw’s dreamy eyes here.