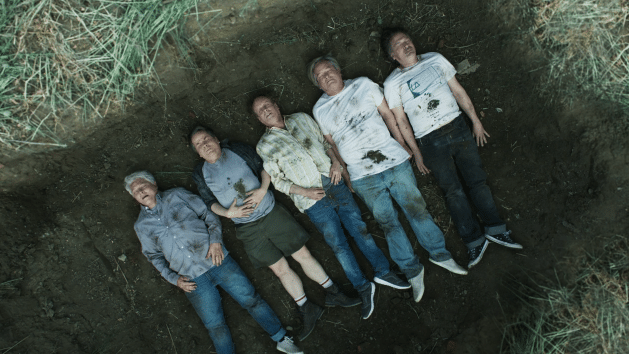 The Kids are back in the hall, everyone! Twenty-seven years after the cult classic ended its five-year run, Amazon Prime has resurrected everyone’s favorite Canadian comedy troupe for one more go. The Kids In The Hall have brought their old sense of absurdity and the old theme song by Shadowy Men On A Shadowy Planet with them.

If you’ve missed The Kids, you’ll be happy to know their humor hasn’t changed. It may feel toothless because they’re not interested in tackling politics or social justice issues, but they never really were interested in that. It’s comforting, like putting on your favorite pair of old, beat-up sneakers, to know that Dave Foley, Mark McKinney, Kevin McDonald, Bruce McCulloch, and Scott Thompson have not joined the ranks of old, white comedians who waste the goodwill we feel towards them on yelling at clouds, railing against “cancel culture,” and complaining that they’re not allowed to tell jokes anymore (except for when they’re playing old men yelling at clouds).

The eight episode season starts off with a sketch about how bad Brain Candy was, and I’m super glad we’re finally being honest about that. Two young women fall under a hypnotic spell at a yard sale and are compelled to buy a VHS copy of Brain Candy. The sale means that the movie finally breaks even and also breaks “The Brain Candy Curse.” This allows Paul Bellini, resplendent in his bath towel, to dig The Kids from out of the old show’s grave. From then on it’s a solid mix of classic callbacks and new characters over each half-hour. 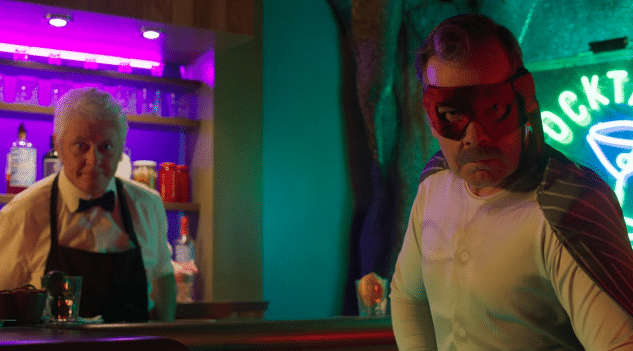 If there are any overarching themes to this season, I’d say it’s coming to terms with getting old and experiencing the end of things. Kathy and Cathie are back to send the very last fax ever from A.T & Love, which leads to aliens destroying the planet. Buddy takes his protégé on a tour of his old stomping grounds where they find, and rescue, the very last glory hole. There’s also a series of sketches in episode three about a Doomsday DJ who spins Melanie’s “Brand New Key” on repeat from his underground bunker after the apocalypse. That one’s a little bleak and hearkens back to their art-housey stuff, like Sausages as Motormouth In The Morning falls deeper and deeper into despair while his bunker crumbles around him. But the show is mostly upbeat, cross dressing, silliness. 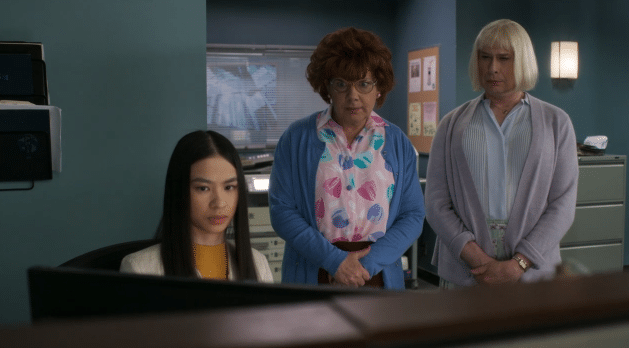 This is a mostly triumphant return for The Kids. They’re all a bit lot older, greyer and softer around the middle but they fully own that. Most of the jokes are at their own expense and are centered around being old, white guys. Like the 60-year-old former auto workers who turn to stripping, or the sketch about the lonely widower who has tricked out his recliner and takes it out to race against old hot rodders for pink slips. Why punch down when there’s so much comedy to mine in your own demographic? There are a few sketches that are funny, but less successful, where The Kids try to pass themselves off as either newlyweds or young parents. While I’ve never had any trouble buying them as women, it’s a bridge too far to believe 62-year-old Mark McKinney as a young dad showing off a brand new baby.

Unfettered by network censors, this season also has a lot more cursing and nudity. Dave Foley and Kevin McDonald go full frontal in “Money Mart,” the very first post-credits sketch of the first episode that also features McKinney and McCulloch’s cop characters. There’s a sketch about masturbating on company Zoom calls that gets graphic. There are a lot of naked butts, awkward sex and F-bombs all over the place. None of it feels forced or especially gratuitous. But The Kids having to come up with clever innuendos was part of the fun of the old seasons, and that’s all out the window here. The live audience has been exchanged for higher production values. I didn’t miss it, but it is another aspect of the show that has changed in the move to streaming.

There are also celebrity cameos. A reoccurring bit about “Friends Of Kids In The Hall” features Pete Davidson, Catherine O’Hara, Samantha Bee, Fred Armisen, Will Forte, Kenan Thompson, and Mark Hamill. Jay Baruchel and Eddie Izzard also pop in real quick in a couple of later episodes. They’ve bolstered their ensemble with a much more diverse group of background actors, which is nice to see.

I enjoyed the fan service they paid by bringing back so many of our (my?) old favorites. They did it right by keeping those appearances short. Bruce McCulloch pokes fun of himself for being too old to play a kid in a sketch that features him as Gavin. The Eradicator challenges folks to a game of squash and we even get to briefly see The Headcrusher as the nemesis of McCulloch’s superhero “Super Drunk” in a three-part sketch in episode 4. Hotel La Rut got a glow up and Francesca Fiore makes an appearance, although that’s probably one of my least favorite sketches of the season 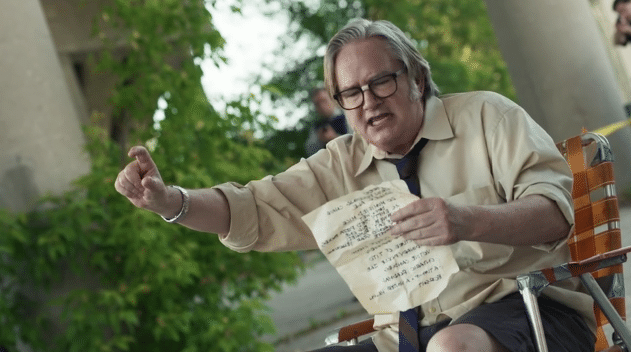 The Kids In The Hall have never been afraid of short sketches. The pacing is tight, very few of the sketches feel like they run long or drag anything down. Whereas every season it feels like SNL adds extra boring minutes to their cold opens, The Kids are still hitting us with their weird little drive-by jokes and musical numbers. There’s no shortage of quotable non-sequiturs either. My favorite comes at the end of the very last sketch of the show: “We’ll never finish writing this sketch before it ends!”

I don’t know if there will be another season, and it doesn’t seem like The Kids were sure either when they wrote the final sketch. But, if they do, all I really want is an appearance by The Chicken Lady. 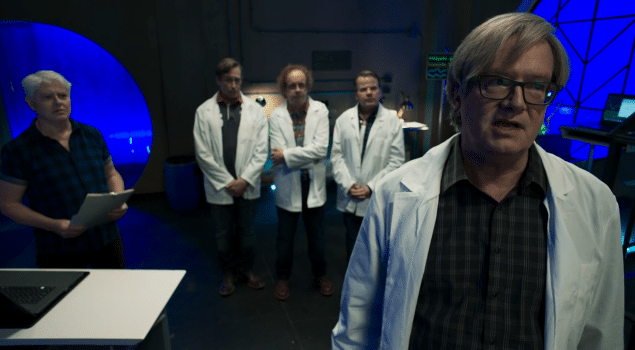 All eight episodes of Kids In The Hall, Season 1 are now available to stream on Amazon Prime.


← Watch the Trailer for the Most Underrated Drama on Apple TV+, 'For All Mankind' | Review: 'Firestarter' Is Stuck Rubbing Two Sticks Together →