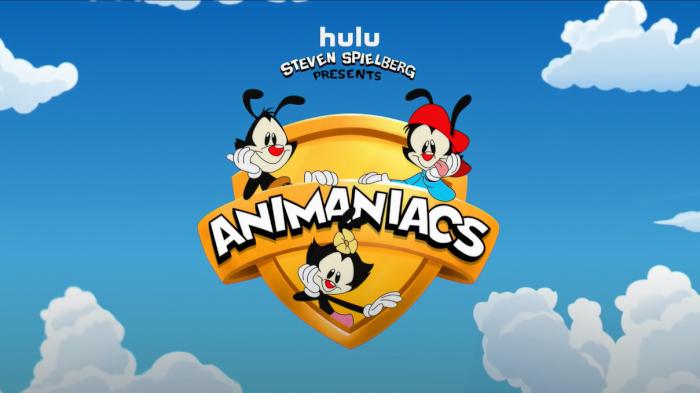 'Animaniacs' Season 2 Is a Step Up, with Minor Exceptions

Warner brothers Yakko and Wakko — and the Warner sister, Dot — have come a long way since their first appearance in 1993. The award-winning, original 99-episode series is a nostalgic walk down memory lane, laden with parodies of celebrities and politicians no one under the age of 38 would even recognize. The good news is that, for the most part, Hulu’s second season of Animaniacs skips that instantly dated material in favor of educational ditties and self-referential humor. A lot of it will go over your kid’s head, but that’s fine; there’s plenty of slapstick humor for fans of all ages.

Not every skit is a solid win, and I’d love to know when they wrote this season. Season one was written two years before its 2020 premiere, and so there was a lot of anti-Trump content that already felt stale. It’s not that we were exactly hopeful in 2018, but we had no real clue how bad things would get. Season 2 mostly skips the Trump analogies, and that helps a lot. Some of the weakest skits, including pitting the Warners against Emperor Nero, are weak because they’re so intent on the parody that it has all the subtlety of a hammer. But there’s none of the cutting humor directed at the anti-vax, anti-mask crowd. The closest we get is a song about the history of the universe that mocks creationists a bit. So, either writing was finished by early 2020 or they decided to skip the topic entirely. Disappointing, if so.

That said, there are some great skits this season. In “Rug of War” the siblings dive into the Bayuex Tapestry for a history lesson about William the Conqueror. “Know Your Scroll” has the Warners trying to find something to watch on a streaming service that’s definitely not Netflix. It skewers their subpar movies, the weak comedy specials, and random reality television contests. “Yakko Amakko” is a clever update of the classic 1953 Daffy Duck “Duck Amuck” cartoon and pits Yakko against an omnipotent animator. And in “Mouse Madness,” Brain’s attempts to repeatedly hop back in time and make a fortune betting on basketball games causes rips in space-time, allowing for bizarre changes to the continuity. It’s very reminiscent of Peter Clines’ The Fold, and I dug it a lot.

There are a few other killer sketches, mostly around classic literature or history lessons. The writers’ progressive values are on prominent display; workers’ rights get mentioned enough times that I really hope everyone who worked on the show is unionized. There’s a solid amount of adult humor right under the surface for parents to enjoy, mostly around the jokes they can’t say. Not every cartoon is a winner, but enough of them are that it’s worth viewing. The kids in my house enjoyed the show as much as I did, just on a different level. Not that different; I enjoy watching Ben Franklin get struck by lightning as much as the next small child.

Animaniacs is a quality waste of time. Great for background noise or when you need the kids distracted long enough to get dinner on the table. Conservative parents won’t find much to like, but for the rest of us, there’s more good than bad. Hulu’s already greenlit a third, ten-episode season, so now’s a good time to jump in.

A final note: If you had told teenage me that someday I would write a review of Animaniacs in exchange for beer money, I’d have wept with joy. I’m living the dream, Ma!

← Emilio Estevez Speaks Out After Being Fired from 'The Mighty Ducks: Game Changers' | Twitter Users Ponder Onscreen Pairings With No Chemistry →