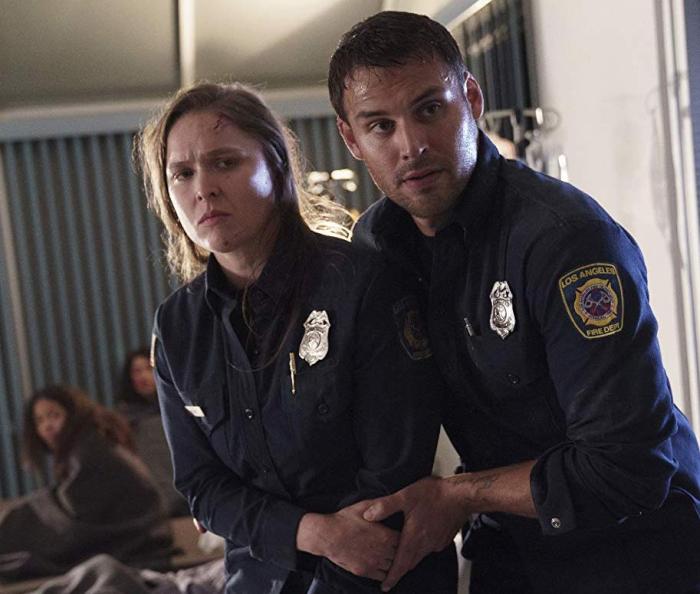 After last week’s heart-wrenching cliffhanger, let me put your mind at ease:

Christopher is JUST FINE. Of course, you don’t find that out until the last 10 minutes of this week’s episode, which distracted us with a variety of other rescues whilst periodically checking in to confirm that — yup — Buck still hasn’t found his little buddy amongst the survivors. But just like Chim has always managed to return unscathed from each near-death ratings grab the writers concocted for him, so too has Christopher survived to… probably be risked again, during another natural disaster. My money’s on a volcano next time!

The episode ends with Eddie bringing Christopher back to Buck’s apartment for another round of babysitting, insisting that Buck isn’t the reason the kid almost died — he’s the reason the kid is still alive (fact check: it’s actually a bit of both!). Then Buck goes on this whole terrible voiceover rant about how sometimes words are lifeboats, underscoring the fact that it took three episodes of drowning Los Angelinos to finally save the person who really needed it: Buck himself. Huzzah, I guess! Mostly, I’m just glad this whole tsunami thing is wrapped up, because as flashy as the disaster storylines are, they detract from my favorite part of 9-1-1: The pants-meltingly insane emergencies. Like, what’s a leaking gas truck compared to pimple-popping botfly larva? It’s boring. And 9-1-1 has nobody but itself to blame for setting the bar so dang high.

Speaking of gas trucks: Bobby, Hen, and Chim respond to an apartment complex that has gone eerily un-responsive… as everyone inside is suffering from acute carbon monoxide poisoning! Unfortunately, there’s also (ahem) a leaking gas truck parked outside of the building, and a leaning lamp post throwing sparks nearby, leading to what Hen accurately identifies as sort a street-wide “bomb” scenario. So the first responders not only have to escort their disoriented patients out of the building but also find a way to transport them to safety before everything goes KABLOOEY. Naturally, Chim steals some mail trucks and saves the day.

Athena, on the other hand, is organizing police patrols to prevent looters from ransacking the houses that have been evacuated. The first thieves she busts are actually from an animal rescue organization, saving pets that have been left behind, in hopes of reuniting them with their owners later. This is a real thing that many rescue organizations take part in during natural disasters (my friend actually adopted a chihuahua that had been rescued from Hurricane Katrina by — I kid you not — a chihuahua-specific rescue org). Perhaps more hilariously, one of the rescuers Athena questions refers to their group as “Raiders of the Lost Bark,” which is a) adorable, and b) ALREADY THE NAME OF A PUPPY-THEMED INDIANA JONES SPOOF ON YOUTUBE:

You’re welcome, world! But back to the “plot” — Athena lets the rescuers go, only to follow sounds of another disturbance straight to a pile of debris, where she discovers a fire chief trapped with his arm pinned under an SUV. Now Athena herself has to break into a house to loot some booze and sharp cutlery, cuz she’s gotta perform a street amputation! MY HERO.

Meanwhile, remember how Ronda Rousey was rescuing people on that Ferris wheel last week? Well, after Bobby’s team helped her save everyone, Eddie stuck by her side to help her seek treatment for her injuries while also investigating what happened to the rest of her unit (remember, she was one of the firefighters who was already on the pier responding to an emergency when the first wave hit). Eddie gets her to the makeshift trauma center at the VA hospital, where she finds out that everyone from her station is safe and accounted for except for her captain — and by the way, her name is Bosko, which I will literally never remember. The thing is, everyone is converging on that VA hospital: Bobby arrives with the people from the apartment complex, Buck is there looking for Christopher, and Athena shows up with that dude whose arm she just cut off. And naturally, he’s Ronda Rousey’s boss! It’s a happy ending for almost everyone involved, except for all the people who died tragically.

Really, aside from Christopher’s continued existence, there were only two things to take away from this episode. One is that I’m, like, 95% sure there’s a romance on the horizon between Eddie and Rousey, which I’m already bored by — but it did serve as a reminder that his estranged wife died last season, a fact I had entirely forgotten! So we’ll see where that goes. More importantly: Hen’s new glasses are HOT AS HELL and I want them! 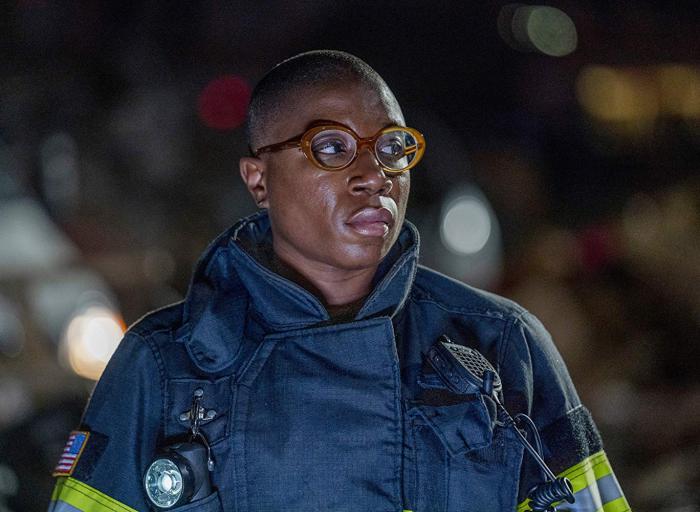