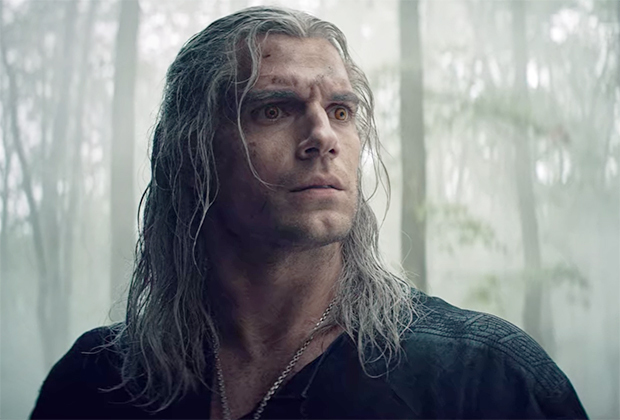 Spoilers for plotlines covered in The Witch 3: Wild Hunt.

The Witcher is a kick-ass Netflix series that plans to rule our lives for the next decade or two. At least. Which makes sense given that it’s based on the wildly popular video game series, which itself is based on the wildly popular eight-book series. There’s a lot of material to draw from, and as the time jumping in the first season proved, a lot of information to include in any contained storyline. There are a lot of important factors to consider when mapping out seven seasons of TV to cover eight books’ worth of material.

But more importantly, I played The Witcher 3: Wild Hunt all the way through twice. So I’ve got some goddamn ideas about what we need to see in the upcoming season. Specifically:

If I don’t see Geralt Igni someone to death, I’m going to be very upset. Has he even picked a single plant? Why hasn’t he ransacked any of the houses he keeps walking past? Go inside there, Geralt. They might have some cup or something that you could trade later. I understand those are more “game mechanics” than “actual plotline,” but while playing the game, after killing the monster or clearing the fort of Hessians, my immediate thought was, “Sweet, back to lootin’.” Just throw us a bone. And speaking of the monsters …

We got to see Geralt kill the giant water monster at the very beginning of the show, and then a few ghouls at the end. Between that? Almost nothing. A witcher’s whole thing is that they kill beasts of both the alive and undead variety for money. That’s their whole life. Geralt makes a point several times of explaining that he’s a beast hunter, not a hitman. And then all of those people he uses his twirling sword of death on? Just regular people. Kill a water hag, Geralt. It’ll get you back to your roots.

Geralt has a beard. Henry Cavill can grow a beard. Fix it.

This isn’t just about wanting even more pleasantly gratuitous sex scenes (although whenever we have scenes of women actively and eagerly enjoying sex in a way that’s not creepy or exploitative, I will support it). It’s more about setting up the deeper conflict Geralt feels about a lot of his life. He didn’t want to become a witcher (more on that later), but he’s made a certain amount of peace with his lot in life. Until this whole you’ve-been-called-upon-to-protect-Ciri-a-princess-who-might-also-be-magic-and-might-save-the-whole-world thing. It wasn’t what Geralt had in mind for his later years, but he’s also pretty sure he can’t just walk away from it. The tension between his feelings for both Yennefer and Triss feeds into that.

Now it’d be an oversimplification to say that the love triangle between Geralt, Triss, and Yennefer is because Yennefer is difficult but passionate, and Triss is easy but less intense. It’s more that witchers in general, and Geralt in particular, are not heroes. They sometimes help people out, but for a price. Geralt isn’t interested in politics or power, and when he’s been involved in them, it’s because he helped out a guy who turned out to be important. Triss isn’t opposed to being politically involved, but as a witch, she’s significantly less involved than Yennefer is as a mage. Geralt is unquestionably drawn to Yennefer, but that doesn’t mean they’re actually good for each other. Adding in the whole “my boyfriend used his last Djinn wish to inextricably link us together forever,” and there’s a lot to work through. Triss offers an easy alternative, and that ambivalence should be worked out onscreen.

Most importantly, the game itself doesn’t make any judgment on which path is taken. The choice is there and the options seem obvious, but there’s no penalty one way or the other. Both choices are “right” depending entirely on what we want to see Geralt do next. Also, full disclosure #TeamYennefer. God, I love a bad bitch.

Come on. Just do it. Have Yennefer put him up there as a joke or to get him out of danger or have a hungover Geralt find Roach there after a night he can’t quite remember. Just put him on the effing roof.

I did not trek my ass all across Velen collecting goddamn Scoia’tael cards just to have the TV show ignore the game entirely. I am owed the scene where Geralt wins a high stakes gwent game by playing Villentretenmerth at the last second. I’m owed that.

7) Geralt’s Trial of the Grasses

Yeah, remember when I said Geralt feels conflicted about being a witcher at all? That’s because of this shit. You’d think it would just be that whole “his mother abandoned him on the side of the road and maybe she knew a witcher would be along to pick him up but maybe not who knows but definitely she left him to the literal or figurative wolves” thing. Surprisingly that wasn’t actually the worst of the ordeal. See, in the game, Geralt is mentored by Senior Witcher in Charge of Kaer Morhen Vesemir. And Geralt really likes Vesemir. He even brings Ciri to Kaer Morhen to train as a witcher as much as possible. Why only as much as possible? Because witchers have to undergo the Trial of the Grasses, and seventy-percent of them die. Oh, and even for the ones who don’t die, it’s exceedingly painful. So little baby Geralt gets dumped by his mom, and presumably picked up by Foster Dad Vesemir who cares for him, trains him, and plays with him until the fateful day that Vesmir says, “Ok, now we’re going to give you some stuff that might make you a mutant who everyone will hate or it might kill you, but either way it’ll hurt like a bitch.” So that’s child abuse.

And even worse than the initial event of child abuse is that turning a child (actual literal child) into a witcher means he (always a “he.” Shit is sexist) can’t really just sign up to become a farmer (or vintner) later. I mean, technically Geralt could try, but the cat-eyes and super senses usually give witchers away. Opening them to the discrimination and ridicule of people who hate witchers, and the never-ending, “Hey, can you help me get the drowners away from the dock?” requests. Geralt was forced into a life he didn’t ask for at an age when he couldn’t have consented by means of a painful physical experience after painfully being rejected by his mother.

That could lead to some real psychological shit.

All of which manifests itself into Geralt’s personality and decision-making, but none of which is really explored. Both the books and the games pick up after Geralt has already reached adulthood. This might be the only chance to see the origins of his unwillingness to get overly involved. And I’m going to ugly cry so hard at it.

Ok, I’m going to level with you. I might have written this entire post just to talk about the bank quest. Paperchase is a quest in the second expansion pack, Blood and Wine, and it might be my favorite thing that’s ever happened. I’m going to give one additional spoiler warning because I really, really think everyone deserves to experience the joy of Paperchase on their own. I want you to seriously consider bailing now if you have any interest in playing for yourself the greatest quest of all time.

So here’s the bank quest: you sit in a bank. That’s it. Literally that’s it. You run into a guy who owes you money, and he tells you to go to a bank to collect it. When you try to collect it from the bank, the teller sends you downstairs to get the right form. But the form downstairs needs a form from upstairs. But when you go to get that form upstairs, the teller is on break so you have to actually just sit on a bench AND WAIT FOR THE BANK TO REOPEN. You, Geralt of Rivia, a lethally trained, eighty-five-year-old death machine, who has dedicated his entire life to battling and killing wild animals, monsters, and spirits with the two magically imbued swords you carry on your person AT ALL TIMES, is tasked with sitting in line at a bank.

And it’s glorious. It’s so wildly absurd that if you don’t immediately burst into joyful laughter, we cannot be friends.

The game designers decided that in the middle of an epic campaign to save a duchy by rooting out and destroying whatever evil force it is that’s killing former knights, we should watch Geralt deal with basic day-to-day bureaucracy, and they were fucking right. If the showrunners can’t understand and translate that beauty into their story, I don’t want to see what the next twenty years bring us.