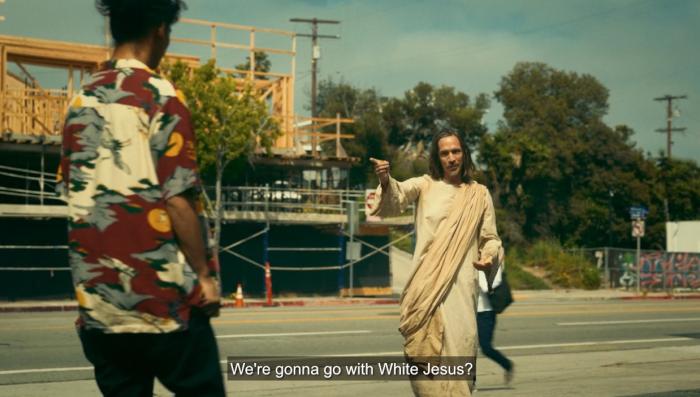 Who Does Dustin Love More, Tom Brady Or Rex Ryan? (Also, 'Reservation Dogs,' 'Interview With The Vampire,' And More On Podjiba!)

There is a weird problem that we run into here on Podjiba, particularly when it comes to shows that we truly love, which is that it is sometimes difficult to find the words to discuss a show that manages to hit constant creative highs week in and week out. Reservation Dogs, which recently finished its second season, is one of those shows. It’s beautiful and heartbreaking and funny and a true joy to watch, but also… that isn’t something we can say every week!

On the other hand, maybe we can and should. In any event, if you haven’t seen it, check it out. (I assume many, if not most of you, already have.) Two seasons on Hulu, with (at least) a third on the way!

In the meantime, there’s lots more television that we discussed this week, including:

- The new adaptation of Interview With The Vampire on AMC, which Dustin and Tori both enjoyed, and which I have yet to attempt.

- A discussion of last week’s She-Hulk as one of the weekly shows that we all watch somehow!

- A grab bag discussion of some of the other shows we tend to cover like Saturday Night Live, LotR and HotD, and as a special The Amazing Race-fueled bonus, Dustin talks about how he loves Rex Ryan and Tom Brady equally! (Publisher’s Note: I hate you.)

- Tori quizzes us with a game of sorts in which Dustin definitely cheated, because #Dustincheats! (Publisher’s Note: IT’S NOT EVEN THAT KIND OF GAME, GOD!)

Podjiba! Sometimes we just love a show so much we can’t really describe it. But when we do, you can find it anywhere podcasts are found, including right here.


← 'Frasier' Is Officially Returning, But Without Niles Crane | Conan O'Brien Needs A Friend Was Fact-Checked By Snopes →