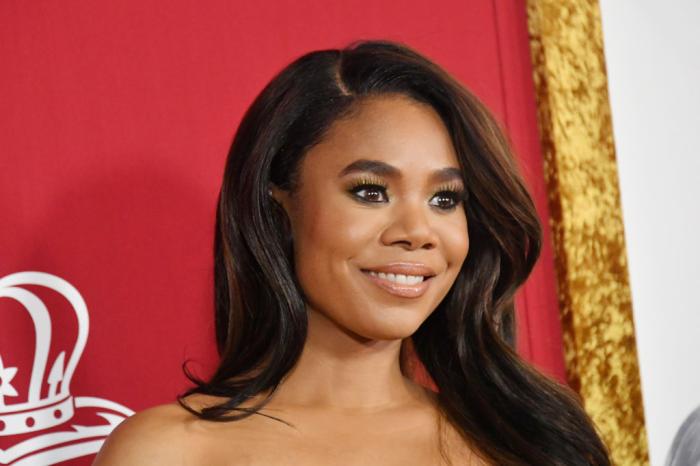 Pajiba 10 for Your Consideration: Regina Hall

Whenever it comes time for me to consider my annual P10 list, only folks with brains, talent, and depth will do (looks are nice, but I consider it akin to a nice paint job on a car sporting a high-powered engine). I like people who bring something interesting to the table. And sure, there’s plenty of celebrities that I have the hots for, but when it comes to who I want to actually sit down and spend time waxing poetic on their hottie brilliance, that’s a different challenge entirely. And then my brain finally kicked in: What about Regina Hall? Oh wow, Brain, what an inspired choice. You’re brilliant, really. Because not only is Regina Hall a comedic genius in addition to being a gifted dramatic actor, she’s also fine as hell.

Regina Hall has been a dedicated performer for over twenty years now. She’s best known for her performances in properties such as the Scary Movie franchise, The Best Man, and its sequel, The Best Man Holiday (MIIIIIIAAAAAAAA!!!). Even though she’s worked diligently on many films and tv shows ranging from Black-ish to the Think Like a Man films, she reached a new level of name recognition after her turn as Ryan Pierce in the sensational 2017 comedy Girls Trip. The film proved to be a critical and commercial success, and Hall has continued working on a variety of projects since, from big budget films like Shaft to small indies such as Support the Girls, which garnered her a Best Actress award from the New York Film Critics Circle, making her the first African-American woman to do so in the organization’s 83-year history (aside: Jesus H. Christ, that length of time is a travesty). Most recently, she’s been active in television as a series regular on Showtime’s Black Monday, a dark comedy set in the 80’s that follows the antics of a fledgling trading firm shortly before the infamous 1987 stock crash. As Dawn Towner, the lone Black woman trader in an industry that is both primarily male and overwhelmingly white, Hall brings her unique combination of warmth, humor, and contagious energy to the role.

All of the immense talent and accomplishments aside, there is plenty of superficial to also focus on here. The chestnut-colored eyes. The smile that lights up any room. The luminous skin. Those spectacular eyebrows. She’s the type of woman that seems like she’s down for just about anything, from spending a nice evening at the theater, only to later tear it up at the karaoke bar while doing shots. And on top of having the looks and the personality, she also has another thing on her side: maturity. As she so proudly (and hilariously) informed the world a few weeks ago, Ms. Regina Hall is now fifty years old. No, you read that right. Fifty human, Gregorian calendar-using years old. I mean, would you look at those legs?

With Black Monday renewed for a third season and a role in the upcoming Nine Perfect Strangers, an adaptation of the Liane Moriarty novel of the same name (and if it’s anywhere near as scandalous as Big Little Lies, it’s bound to be a hit), Regina Hall is poised to become an even bigger household name. She’s also going to have a bigger presence behind the scenes as well, having recently signed on to a Showtime deal to develop a range of shows for the cable network under her production company, Rh Negative. With a seemingly endless list of projects coming down the pike, although she already has a notable career, she still feels like a star on the rise. Whatever she does, whether it’s a raucous comedy or a thoughtful drama, it will certainly be something to look forward to, and we’ll all be here ready to be entertained. And, of course, to relish in her beauty and charm.

Kaleena Rivera is a movie and television writer. When she’s not wishing she could get drinks with Regina Hall, she can be found on Twitter here.

← Confederate Statue of Robert E. Lee Removed From The Capitol | The Best and Worst Books of Cannonball Read 12 →