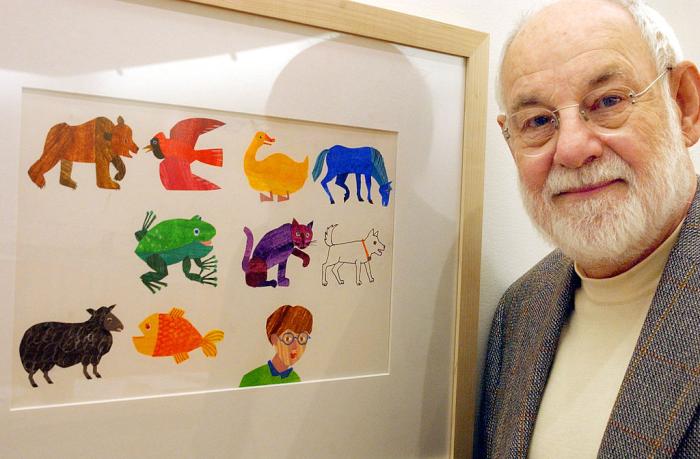 Eric Carle, the author and/or illustrator of many a beloved children’s book, passed away at his summer studio this past Sunday in Northampton, Massachusetts. Born in Syracuse, NY in 1929, Carle spent most of his childhood in Germany, including World War II. His father was drafted into the German army and, after years of warfare, spent 2 more as a Russian POW before returning home a broken man, and a stranger to his once-close son. Eric spent part of the war digging defensive trenches for the German army on the Siegried Line. After returning to America in 1952 and a stint drafted into the US Army during the Korean War, Carle spent his time working as an ad designer and the art director for an ad agency. Author Bill Martin Jr. (1916-2004) saw one of Carle’s illustrations in an ad and asked him to collaborate on a picture book for young children, and a lifetime of children’s literature began.

In 1967, Brown Bear, Brown Bear, Brown Bear, What Do You See? was published, becoming the first of his works read to and by millions of children, including my own. Over his lifetime, Carle worked on well over 70 books including favorites like The Very Hungry Caterpillar, The Grouchy Ladybug, and The Very Quiet Cricket, as well as continuing his more adult artwork. He loved working in multiple mediums, from tissue paper to cardboard and many found materials. He took trash and turned it into art and there was power in his work’s simplicity. One recent project was a series of cardboard angels, inspired by the work of Paul Klee. Carle continued his sketching right up until his passing. 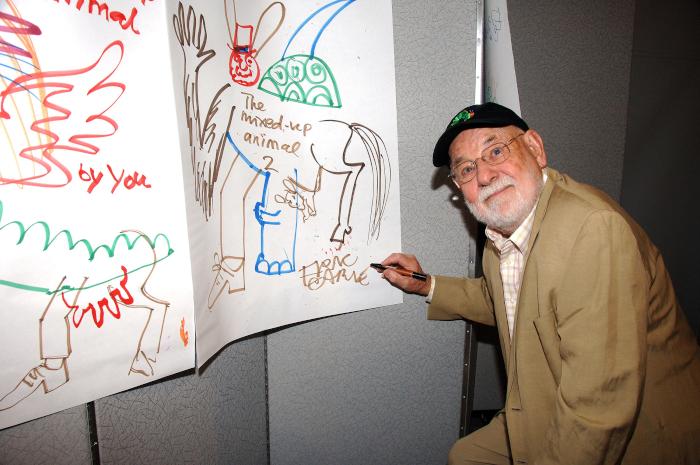 He received numerous awards such as the Regina Medal and the Children’s Literature Legacy Award (then the Laura Ingalls Wilder Award), as well as multiple honorary degrees from a number of institutions, including Smith and Williams Colleges. In 2002 Eric Carle and his wife Barbara founded the Eric Carle Museum of Picture Book Art on the Hampshire College campus in Amherst, Massachusetts. This beautiful, 40,000 square foot museum feels made of light and air, and celebrates the work of many children’s book authors and illustrators, including Maurice Sendak and Mo Willems. It’s very welcoming to children and families and is absolutely worth a visit if you’re ever in the area. I’ve included a virtual tour below.

As with Jim Henson and Fred Rogers before him, Eric Carle’s passing leaves a void in the world. A genuinely kind man who devoted his life to improving the education and imaginations of children, he left a mark not soon erased. Despite or perhaps because of a childhood torn by war that devastated familial relationships, he turned his passion for beauty into a lifelong dedication to his craft, and in the process touched literally millions of lives. I remember sitting in the dark in my babies’ bedroom, quietly reciting Brown Bear by memory as they drifted off to sleep. It was the first book my daughter learned by heart, as The Very Hungry Caterpillar was my son’s. His work is timeless, his enthusiasm eternal, and it shall continue to inspire children and artists for decades to come. 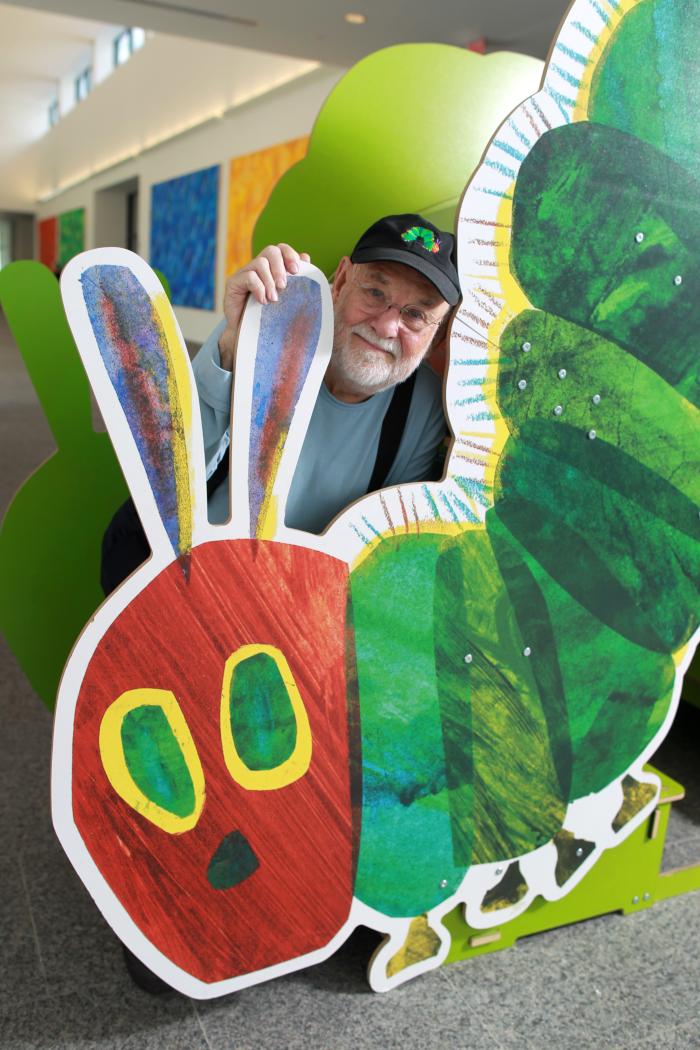 “We have eyes, and we’re looking at stuff all the time, all day long. And I just think that whatever our eyes touch should be beautiful, tasteful, appealing, and important.”
Eric Carle, June 25, 1929 - May 23, 2021


← Joe Biden is Playing Right into the Hands of Fox News | Trailer: M Night Shyamalan is Up to His 'Old' Tricks Again →