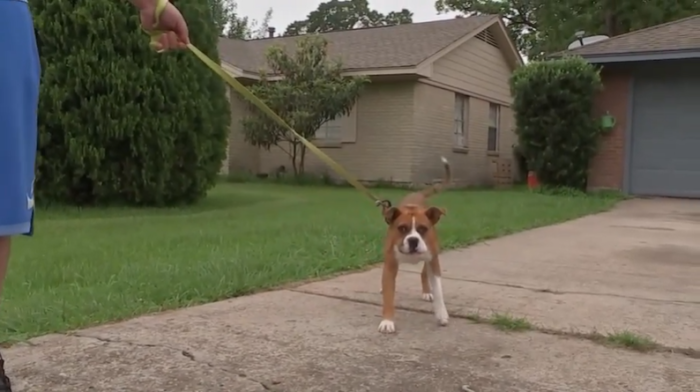 As previously discussed, the heavily armed population of Texas frequently demonstrates a lack of foresight that makes simple events like gender reveals so lethal. In the latest example of why people should have to pass a basic safety test for both owning guns and having children, Texas mother Angelia Mia Vargas has been charged with deadly conduct with a firearm after shooting her 5-year-old son in the abdomen on May 29. Ms. Vargas did this, according to police, because 6-month-old boxer puppy Bruno, seen above, ran out his front door and toward the Vargas family, who were out on a bike ride. In the footage shared by Bruno’s owner with ABC-13 reporter Miya Shay, gunshots can be heard less than one second after Bruno reaches the street, and while he’s still at least twenty feet from the family. Facebook embeds don’t always work, so you can view the non-graphic video here. Bruno’s owner is unharmed and the dog thankfully received only a small graze on his leg, thanks to Ms. Vargas’s utter incompetence.

Vargas’s near-lethal shooting of her child, in the face of a nonexistent threat, isn’t just every dog owner and parent’s worst nightmare. It’s also a perfect example of the lack of caution with which far too many gun owners already treat their firearms. And it’s got plenty of company. Yesterday a 60-year-old Hardin County man accidentally or deliberately killed himself at a shooting range with a single gunshot to the chest. Two days ago a 20-year-old man in San Antonio was accidentally shot by a stranger dicking around with an AR-15. Three days before Angelia Mia Vargas shot her son, a boy of 9 accidentally shot his 7-year-old brother in the face. And a week before that, a Walmart shopper was accidentally shot by a moron carrying concealed without a permit. You know, the exact kind of idiot Texas would like to enable with its permitless carry law. That’s in 2 weeks. A cursory Google search finds another half dozen accidental shootings since the new year. 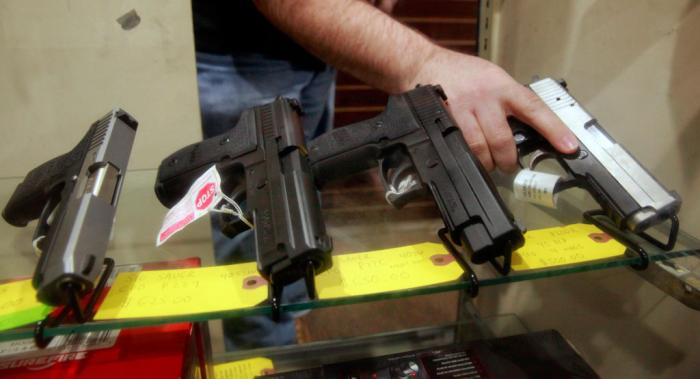 Mandatory safety training, licensing, and registration won’t stop every terrible parent from shooting their kid or leaving a gun unlocked under a pillow or car seat, of course. The problem with trying to idiotproof something as dangerous as a firearm is that the idiots are so very gifted. That’s why 28 people die in the US every day as a result of drunk driving accidents despite driver safety courses, seatbelts, and drunk driving laws. But those safety measures and changing public attitudes have led to a 52% reduction in drunk driving fatalities in the last 40 years. In a sane society, similar measures could limit accidental and deliberate gun deaths while still allowing for private ownership. Unfortunately for the United States, Texas is merely the tip of the iceberg.