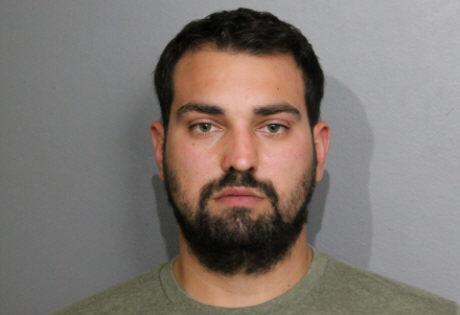 Keegan Casteel was arrested on July 4th at the W Hotel in Chicago, overlooking the Navy Pier. It’s a popular outdoor spot, particularly on a holiday weekend. Mr. Casteel, from Iowa, was arrested because a member of the cleaning staff reported a firearm on the hotel room windowsill. Police report that Casteel had a loaded .308 rifle with a laser scope, 4 additional magazines, and a loaded semi-automatic handgun. The suspect is licensed to own firearms in Iowa, but no corresponding FOID card to carry in Illinois. He doesn’t have a felony criminal record but was arrested multiple times, including two DUI convictions. 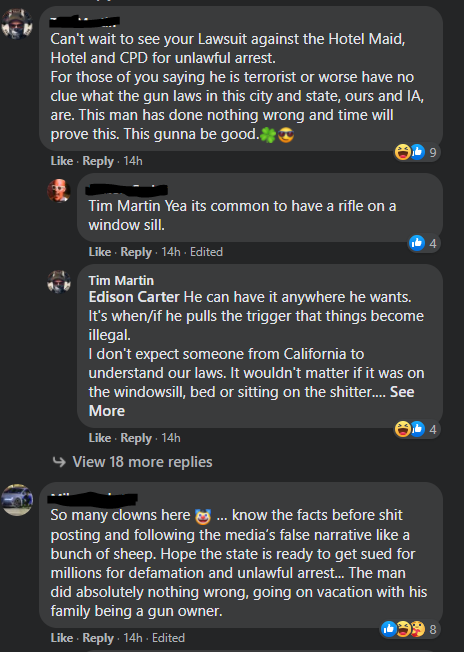 See? Jumping to conclusions. All we know is a man had a high-powered rifle with a round in the chamber and plenty of backup ammo next to a hotel window on the most popular outdoor weekend of the year. I know it sounds scary but honestly, who hasn’t been there? A .308 is a normal deer hunting rifle for Iowa. The laser scope isn’t unusual either (no sarcasm there; it’s functionally no different than a traditional scope). And only a cynical person could think that a rifle normal for Iowan backcountry is somehow sinister in densely populated Chicago. There are dozens of reasons to be that heavily and illegally armed in the city, only some of them nefarious. Here are a few:

• Self-defense. You never know when you’ll need to shoot an attacker, the person behind him, the wall behind him, and finally the person in the next room.
• You don’t want the illegal, loaded firearms stolen from your unlocked car.
• Somnambulistic gun maintenance.
• Terrifyingly large cockroaches.
• Planning a revenge rampage on the gang who swapped out your life-saving chemo drugs for candy corn and Zima.
• Your kid is terrified of the Bogeyman, specifically under hotel beds.
• You really, really hate pigeons.

I hope this puts your mind at ease. 2021 is a scary time. And sure, there’s been a serious uptick in gun violence. That doesn’t mean this gun this time was intended to do harm. It’s super judgemental to immediately jump to the worst possible conclusion. Honestly, I expected better of you.

← The Former President Is Filing a Class-Action Lawsuit Against Jack Dorsey and Mark Zuckerberg | 'America's Got Talent,' Matt Mauser, and Public Displays of Grief →