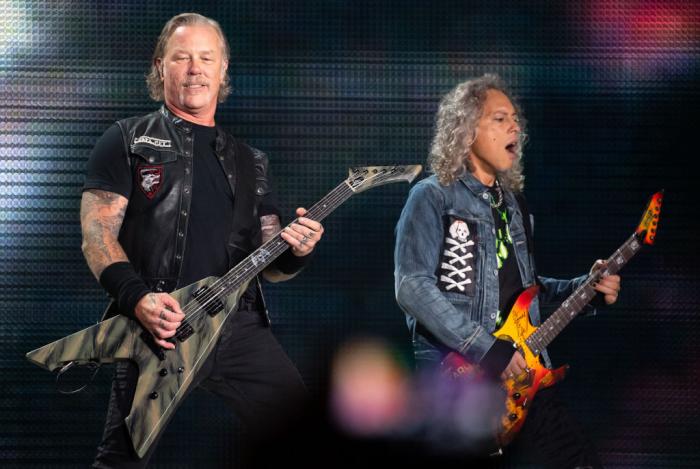 James Hetfield, Kirk Hammett, Jason Newsted (RIP Cliff Burton), and 8-time winner of the World’s Most Annoying Drummer Award Lars Ulrich made history in 1991. There’s no question that Metallica’s Black Album is a genre-defining masterpiece that 30 years after release still influences a broad spectrum of music and performers. Selling over 31 million physical copies worldwide, certified 16x platinum by the RIAA after selling more than 16 million copies in the US alone, the Black Album moved Metallica from the technically complex …And Justice for All to something much more radio-friendly. It has its detractors, certainly, who think Metallica sold out, trading musical godhood for popularity. That’s fine; if you want to define a band and musical genre by what happened in 1988 that’s your business, though it’s probably time to trade in the acid wash jeans for some khakis. Regardless of what the purists think, the Black Album was an evolution that changed American music forever. It had a similar effect on my own musical tastes. I cut my teeth on the classic country and rock that my parents preferred, and there weren’t a lot of radio station options growing up rural in the 80s and 90s. The Black Album was the first non-country CD I ever purchased and it got me out of the genre only a few years before 9/11 turned Toby Keith and Charlie Daniels into right-wing nutcases, so bullet dodged there. 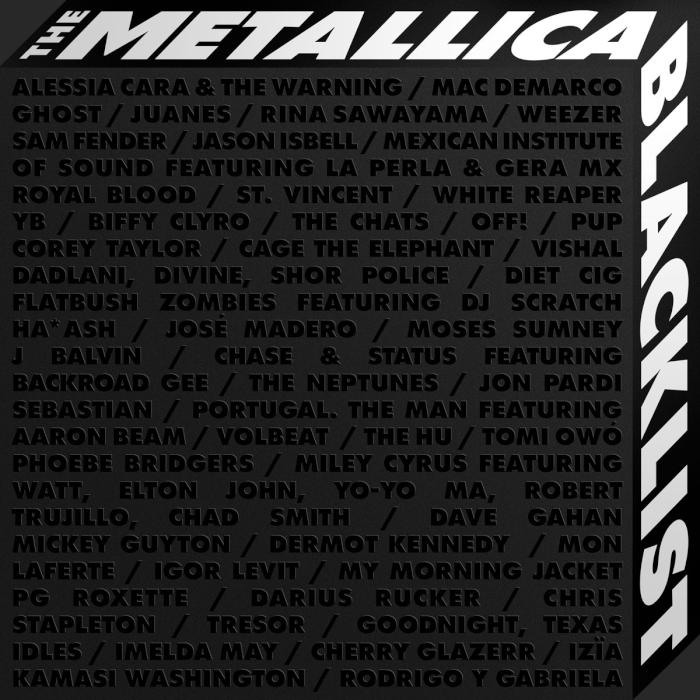 Now, three decades later, 53 musical artists have compiled the ultimate tribute album with Blacklist. This international group of performers spends four hours making the 12-track Black Album their own, with varying degrees of success. All proceeds from album sales go to a variety of charities. Metallica’s own foundation All Within My Hands takes a cut, as do the charities selected by each artist. A full list can be found here. From jazz to punk, from metal to instrumental piano to reggaeton and Latinx acoustic guitars, this seemingly unending homage has something for everyone. Unfortunately, like every subsequent Metallica album, there’s also a fair amount of filler.

Let’s get the biggest speedbump on this musical odyssey out of the way first; this album should not be listened to in sequence. All the tracks are in the same order as the Black Album. And with multiple cuts of the same track, that means we hear the same song over and over. The worst offender, “Nothing Else Matters,” has twelve versions. I love “Nothing Else Matters” as much as the next angsty 17yr old, but no one in this universe or any other to hear it twelve times in a row. Some are great; Mickey Guyton delivers soul, Mon Laferte gives it a Chilean spin I love, and My Morning Jacket brings an entertaining doo-wop version. Unfortunately, PG Roxette’s poppy track is uninspired, and Chris Stapleton takes a big swing at an outlaw country version that misses the mark by a country mile. Miley Cyrus’s version features Elton John and Yo-Yo Ma for some inexplicable reason and still doesn’t find greatness. I’m all for charitable donations, but a little selective pruning would make for a better album. So shuffle is absolutely your friend here.

As is common for a tribute album, the artists who make tracks their own are the standouts. Weirdly, that means the more metal the cover, the weaker it feels. The best of the metal covers by Mongolian metal band The Hu, uses Tuvan throat singing traditional instruments like the Tovshuur and morin khuur to deliver a truly foreign version of “Through the Never” I hope to see them perform in person - they put on a great live show. But Corey Taylor of Slipknot and Stone Sour fame delivers a metal version of “Holier Than Thou” that hews so close to the original it feels unnecessary. And Weezer’s “Enter Sandman” is… okay. A little different, but it would fit better as a B-side cover on a Weezer album.

On the other hand, Sam Fender’s piano lounge version of “Sad But True” is so good I’m almost angry at how much I like it. Unlike the country covers of “Nothing Else Matters” by Stapleton and Darius Rucker (serviceable but unnecessary), Jason Isbell and the 400 Unit grab “Sad But True” by the balls and make it their own. They add a little twang but don’t overdo it. Flatbush Zombie’s hip-hop version of “The Unforgiven” samples James Hetfield’s vocals and then delivers something great. I find Columbian reggaeton artist J Balvin’s cover of “Wherever I May Roam” enjoyable, but Pitchfork calls it “half-assed.” I guess I’m too easy to please. Kamasi Washington’s jazz version of “My Friend of Misery” shouldn’t work on many levels and yet it does. Mexican duo Rodrigo y Gabriela gives us a great Spanish guitar version of “The Struggle Within.” And Japanese-British Rina Sawayama’s soaring vocals elevate “Enter Sandman” in a way that made the hair on my arms stand up.

Blacklist isn’t perfect. It’s at least 10 songs too long and 8 of them are “Nothing Else Matters.” But its genre-defying format introduces sheltered listeners to a fantastic lineup of international artists. Much like the Black Album did for me in the 90s, Blacklist will broaden horizons. Even if you aren’t a metal fan, Blacklist is worth checking out on Spotify, Apple Music, or direct from Metallica’s own site where there are also vinyl and CD options. It’s as good for charity as it is for your earholes, and what else could you ask for?