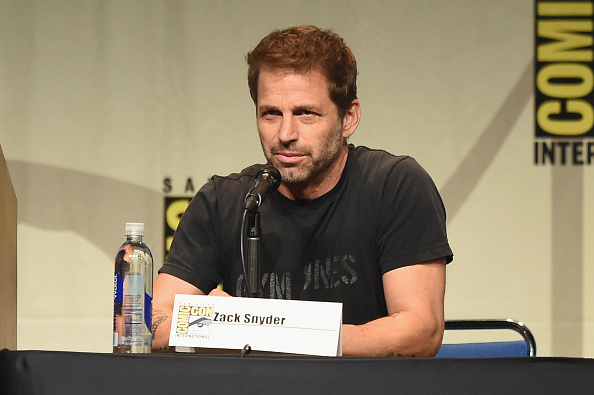 I am not a person who dislikes Zack Snyder as much as I dislike the idea of Zack Snyder, and those ideas largely revolve around Sucker Punch. Otherwise, I have been largely indifferent to his D.C. output, because I am largely indifferent to the D.C. movies (aside from Wonder Woman and sort of Aquaman). I have seen, however, that some folks have been reassessing Sucker Punch and don’t hate it (in fact, former writer Joelle Monique — now a producer on Braff and Faison’s Fake Doctors, Real Friends was raving about Sucker Punch on that podcast this week).

Meanwhile, the growing dislike for Joss Whedon has also somehow improved Snyder’s standing, as well. I get that, too: At least Snyder never pretended to be someone he’s not (as opposed to Whedon), and the fact that all those D.C. actors come to Snyder’s defense but not Whedon’s certainly suggests something.

Anyway, my interest in Snyder is largely related to Dawn of the Dead, which is legitimately one of my favorite zombie films, and zombie films — unlike D.C. films — are definitely my bag. Now Snyder is returning to the genre with Army of the Dead, the follow-up to Dawn, which will be set in Las Vegas. Here’s that logline:

“The movie takes place in Las Vegas. A zombie plague hits Vegas, and they’re able to contain the virus to the city - they build a wall out of shipping containers. And then the city falls. And six years later, one of the casino owners hires this group of zombie soldiers to go get his money that he left in a safe in the casino. It’s coming out on Netflix next winter.”

The thing about Army of the Dead — which stars Dave Bautista and Garret Dillahunt, among others, and will air on Netflix — is that it was already mostly done before the pandemic. The catch? It also featured Chris D’Elia, who has been canceled (hopefully for good) for obvious reasons. To Snyder’s credit, he’s decided to remove D’Elia out of a finished movie, and not only that, he’s going to replace him — with reshoots, green screens, and digital insertions — with One Mississippi star Tig Notaro. The fact that Tig Notaro (and Sarah Polley) have been willing to star in Snyder films speaks well of his character (although, Notaro may have no idea who he is, since she lives under a rock, although she does know enough about Louis C.K. to hate him).

Anyway, I love Dawn of the Dead, and the fact that Snyder swapped out D’Elia with Notaro makes me less hesitant to check out Army of the Dead. Sucker Punch, however, still sucks, and I don’t give a damn about any Snyder cut that doesn’t involve fast zombies, but you do you, y’all.