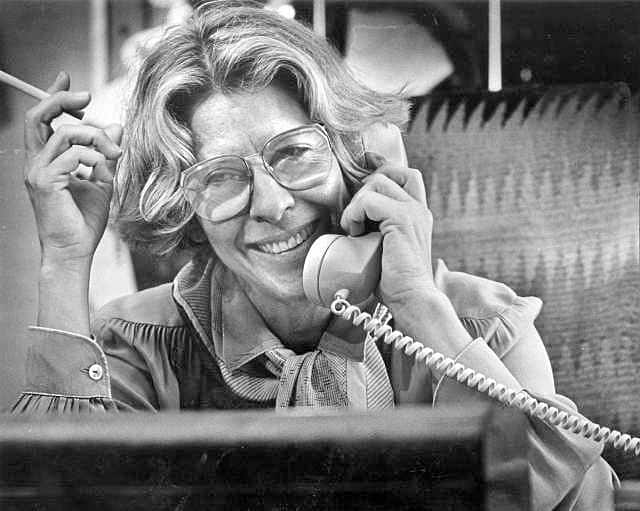 ‘You Must Remember This’, Polly Platt, and the Need To Rewrite the Rules of Film

You Must Remember This, the long-running podcast dedicated to exploring the overlooked and misunderstood aspects of Hollywood history, has long been one of the best things on the internet. Writer and critic Karina Longworth’s work combines a scholarly approach with the style of alluring gossip to tell stories of immense range, empathy, and knowledge. Listening to Longworth detail, say, the behind-the-scenes drama of Barbra Streisand’s A Star is Born or the torrid marriage of David O. Selznick and Jennifer Jones is an endless delight, like listening to your good friend letting you in on a secret, right down to the most agonizing little details. Longworth’s objective has always been clear: To show that the history of the industry as we know it leaves out not only the juiciest parts but excludes some of the most important names from the narrative. Said names and stories are, unsurprisingly, usually those of women. History isn’t just written by the victors: It’s written by the writers, and we know who Hollywood chooses to tell those tales.

This has never been more evident than in Longworth’s latest season of the series, ‘Polly Platt: The Invisible Woman,’ which wrapped up its run this week. Expanding on her usual formula, Longworth dedicated ten whole episodes to the story of Platt and included various interviews with guests and experts in ways she typically does not do. While Longworth has done multi-episode runs on one or two people at a time — including seasons on Jane Fonda and Jean Seberg, as well as Boris Karloff and Bela Lugosi — this was the first time she committed so much not only to one person but to someone who remains an unknown to general audiences (as well as a lot of avid film buffs.)

For those of you who did not listen, Polly Platt was an Oscar-nominated production designer, screenwriter, producer, and occasional actor. She wrote an Oscar-winning short film, became the first female member of the Art Directors Guild, and worked as the executive vice president at Gracie Films. As a producer, she helped to bring Cameron Crowe and Wes Anderson into the mainstream, and she introduced James L. Brooks to the work of a cartoonist she liked and suggested they work together on something (said artist was a dude named Matt Groening.) She is perhaps best known, however, for the work she did on the first four movies of her ex-husband Peter Bogdanovich, who directed The Last Picture Show and Paper Moon. Bogdanovich infamously left Platt during the making of the former movie for its star, Cybill Shepherd, who Platt had recommended for her first film role.

With unprecedented access to Platt’s unfinished and unpublished memoir, Longworth expertly crafted an intricate study of Platt’s life, from her childhood with alcoholic parents and a secret pregnancy to her professional highs and lows, culminating in her death from ALS in 2011 at the age of 72. The end result is a loving and passionate portrait of an accomplished, trailblazing woman who never truly got her dues during her own lifetime. I vaguely knew who Polly Platt was before I listened to the show and now I feel humbled that I got to discover her in such a wonderful way.

I also, it must be said, felt angry. I was mad at myself as a hardcore cinema lover and film studies graduate that I had never been properly introduced to her before this year. I literally have a Master’s degree in this subject but I still had no in to the life and work of Platt, someone whose failures are more fascinating than most industry legends’ victories. Of course, I knew why I hadn’t thought much about her before. Hollywood is an industry of ‘genius’ and that’s a shoddy label that is only selectively applied through the lens of privilege and misogyny. You don’t need to sign up for a film studies course to understand how that title is awarded, to whom it is given, and the power it bestows.

In the 1950s, the French film magazine Cahiers du cinéma proposed a new means to analyze the work of Hollywood studio directors like Otto Preminger, Howard Hawks, and Alfred Hitchcock. Rather than understanding them as hired hands doing what the producers or script told them to, they should be welcomed as autonomous creatives with authority and distinctive ideas and styles applied to their work. Andrew Sarris would later coin the phrase ‘auteur theory’ to sum up this notion. As Hollywood left behind the studio system and ushered in a new era of hot young directors striking it out on their own with increased control over their output, auteur theory never seemed more potent or necessary. This was the era of ‘geniuses’ like Steven Spielberg, Michael Cimino, William Friedkin, Francis Ford Coppola… and Peter Bogdanovich.

To this day, Bogdanovich loudly insists that his ex-wife exaggerated her input on his early movies, something that basically every other person in the industry refutes. Platt didn’t just do production design on The Last Picture Show: She did hair and make-up, designed the costumes, did producer duties, and introduced the original novel to her husband. She received no credits for this work beyond one for production design. At best, history painted Platt as a muse, the inspirational woman to a brilliant man. At worst, it mocked her for being the third wheel in one of the era’s most lavishly reported on celebrity couples when Bogdanovich left her for Shepherd. He was the one who got the Oscar nominations, the industry opportunities, and the endless retrospectives of his genius. He was the auteur and that was all that mattered.

What makes this season of You Must Remember This so powerful and necessary is in how it drives home how truly wasteful and destructive it has been to cinema as an artform to strip it of its status as a collaborative medium. Film needs collaboration. Alongside video games and architecture, it is the most important artform driven by it. While there are notable exceptions of films wholly defined by the work of one person essentially doing most of the parts, you simply cannot make a movie based on the contributions of a sol individual, even if they are a ‘genius.’

What is Lawrence of Arabia without the stalwart and genre-defining editing of Anne V. Coates, who created the best match-cut in cinematic history? Does Spike Lee’s work come alive as vibrantly as it does without the costumes of Ruth E. Carter? George Miller may have directed Mad Max: Fury Road but with John Seale, Margaret Sixel, Colin Gibson, Lisa Thompson, Jenny Beaven. Lesley Vanderwalt, Elka Wardega, Mark Mangini, and so many more creators, it wouldn’t work. I don’t say this to diminish or misunderstand the work a director does, but as a reminder of how much we lose when we discuss cinema solely through the lens of one genius white dude in a baseball cap yelling ‘action.’ It’s 2020 and we’re still so stuck on diluting the power of film down to ‘genius’ men and ‘visionary directors,’ a label that has become as meaningless as ‘cult movie.’ We’re actively stripping a hell of a lot of incredible people of their agency, their ideas, and their rightful place in art history.

Why is film history told the way that it is? It’s the question that Longworth seems fuelled by in her work. Why is the story of the Manson murders reduced to its most violent ends and stripped of the full cultural context that shaped it? What’s the reason behind Howard Hughes being defined to this day as a wacky genius rather than a terrorizer of women? Make no mistake, it’s a heavily gendered issue, and Longworth has never beaten around the bush on that front (honestly, the show’s subtitle could easily be ‘Men Are Trash’.) Moreover, it’s a matter of undoing decades, or even centuries, of bias over who gets to make art, who gets to be celebrated for it, and our default mode of exceptionalism over collaboration. If the now-told story of Polly Platt gives us anything, it’s the drive to rewrite the rules of this medium.

← Netflix Is Giving You The First Scene Of 'Umbrella Academy' Season 2 Now | Spoilers: 'The Rental' Ending Explained, For Morons →