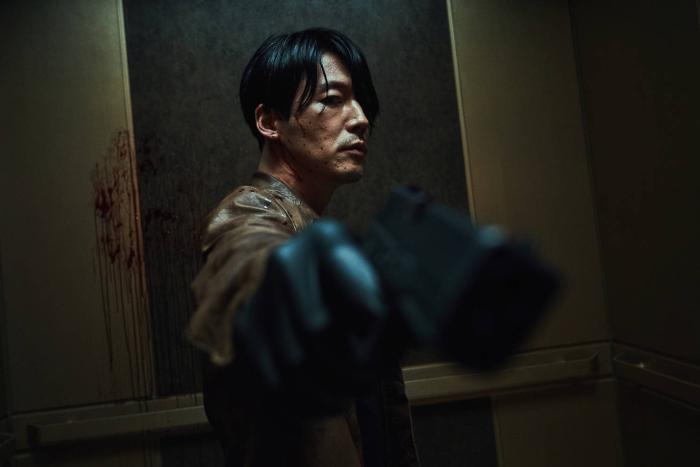 Where ‘The Killer’ Excels in Action, It Lacks in Plot

Based on a popular Korean web novel, Choi Jae-Hoon’s The Killer may seem familiar at first blush. We’ve seen many movies about spies or assassins getting stuck looking after a kid (My Spy) or having to rescue their own (Taken). Choi’s film is a combination of the two but executed much more stylistically than anything before it. Nam Ji-Woong’s screenplay is hard-hitting as it takes an unfiltered look at the terrifying reality for many of South Korea’s young people, and also the country’s deeply rooted corruption. However, the script is too focused on building its titular killer that it forgets to do the same with the victim, whose story is supposed to tie all the film’s pieces together.

The action hits high gear right in the film’s opening frames as an ax is thrown into a wall. With blood dripping from its blade, a hitman goes in for the strike. The hitman is Ui Gang (Jang Hyuk) and he’s supposed to be retired. Flashing back to earlier events, his wife is about to go off on a three-week vacation with a friend. She asks her husband if he can take care of her friend’s teenage daughter while they’re away. He reluctantly agrees to look after Yoon-ji (Lee Seo-young), but his idea of “looking after” is giving her money to go out with a friend. He views teenagers as reckless, immature, and unpredictable, the opposite kind of person he’d want to be around during a peaceful retirement. Then, Yoon-ji is kidnapped and becomes the victim of a sex trafficking ring, sending Ui Gang on what may be the biggest hit of his (ex) career.

A Korean film openly criticizing a heinous crime like sex trafficking is bold because of how prevalent it is in South Korea, often facilitated by members of organized crime and gangs. In the film, we see the deep pockets of this trafficking agency, leading to examples of police and political corruption. The people who are supposed to serve and protect only abuse, even as an agency tells Ui Gang that they are protecting these women and young girls. This topic is also timely, as it has only been three years since the Burning Sun scandal that showed how widespread sex trafficking is in the country, even involving some of its biggest K-pop stars. However, the film never really shows just how underground and unnoticed this epidemic is, known to lure victims through secret websites and apps. The film does explain that for runaways, it’s hard to find work anywhere else; boys become hustlers and girls sell their bodies. Ui Gang follows a trail of scattered pieces hoping to build a puzzle that tells him where Yoon-ji is, making The Killer feel as much like a detective mystery as it does an action thriller.

Jang Hyuk’s character is fascinating. He’s haunted by events of his past, so he is flawed in that way, but he’s also a killer that never seems to lose. He’s always the most skilled in battle and is also always one step ahead of everyone. He’s not a relatable hero at all; the related hero always falls down and struggles to get back up at least once. Ui Gang, however, never even gets a punch in the face. He takes on dozens of men without a scratch. At one point, he walks into a fight with a gun in one hand and coffee in the other, takes out everyone with ease, and takes a sip in between, left only with a bit of blood splatter. He feels like the embodiment of karma — steamrolling his enemies in a way that’s impossible to prepare for. The situations he gets into don’t always go according to plan, which allows the film to retain some level of unpredictability.

The action scenes here are exhilarating and executed with skill. They have a panache not seen in Hollywood. This is perhaps because Hyuk is doing his own stunts, bringing some real authenticity to the action. The sound editing is fantastic, making you feel the impact of every blow. The soundtrack’s rock energy both complements and heightens every tense moment as Ui Gang desperately fights his way to find Yoon-ji. The action is very John Wick in style, especially when shot under neon lighting, and it’s a reminder that the Keanu Reeves-lead film was in part inspired by Asian cinema, specifically John Woo’s 1989 film, The Killer.

The filmmakers hit the audience hard with the reminder of how disgusting and heartbreaking this reality is for South Koreans, women especially. There are many secrets of this underground prison that Ui Gang must discover. Unfortunately, there are too many pieces to this web, and it snaps under the weight of plot holes. The biggest plot hole is Yoon-ji’s backstory. It’s suggested to be the catalyst for the film’s events, but the picture of why she was chosen by sex traffickers remains blurry. The film also fails to capture Yoon-ji’s trauma, and after everything the film presents, it concludes with a cheesy, sunset on the horizon kind of ending, like Yoon-ji can easily go off and be happy after all this. But the end doesn’t even really focus on her; instead, it shows Ui Gang putting his haunted past to bed. Victims are forgotten in real life; we don’t need that in our movies, too.


← 'Where the Crawdads Sing' Is Like Nicholas Sparks Crossed with Demented, Burbling Cries of a Dying Harper Lee | Everything You Need to Know About the 'Ms. Marvel' Finale, Explained →