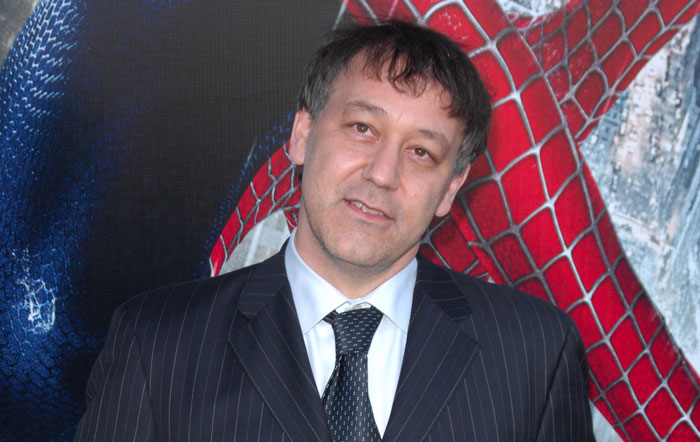 Before the Marvel Cinematic Universe cemented the superhero genre, Sam Raimi was setting the stage with trilogy of Spider-Man movies. He offered audiences high-flying action, heartbreaking scenes of sacrifice, and a gleeful whimsy that sometimes veered into the ridiculous. Thirteen years later, this genre pioneer may be returning to superhero cinema as the helmer of the Doctor Strange sequel.

Variety reports Raimi is in talks to direct Doctor Strange in the Multiverse of Madness, which Doctor Strange helmer Scott Derrickson ditched over “creative differences.”

On paper, Raimi seems an excellent choice to take on this particular branch of the MCU, which blends superhero stories with a darker, horror-influenced edge. Raimi not only made the Spider-Man Trilogy but also forged his reputation in horror, creating the iconic Evil Dead trilogy. However, Raimi’s reputation has been marred by the missteps of Spider-Man 3, which has become a laughing stock, and his last studio offering, the deeply terrible Oz the Great and Powerful.

So, what does Twitter have to say about Raimi’s potential return to Marvel movies? It’s a mixed bag!

Sam Raimi came out of left field and is perhaps the ONLY name that could have gotten me to do this in the wake of Scott Derrickson leaving: https://t.co/cymzBArAaJ pic.twitter.com/3lXXPeQCnl

You gotta remember, Feige worked with Sam Raimi on the original Spider-Man Trilogy and Sam complimented him and Marvel on the Spider-Man 3 audio commentary for allowing him the freedom to explore the darker side of Peter Parker. I think they’re on good terms

Coincidence? I think NOT. Sam Raimi foreshadowing his involvement in Doctor Strange 2 back in 2004’s Spider-Man 2. pic.twitter.com/p8WO2c51aS

Me: "I'm done with the MCU, they should have called it quits with Endgame. I can't see myself ever getting excited about a Marvel movie again."

Sam Raimi’s last movie Oz the Great and Powerful was a soulless corporate product that Sam Raimi STILL found a way to inject life and heart into. Even if Marvel doesn’t let him go full Raimi, I still think he can make something great out of Doctor Strange 2 pic.twitter.com/zJYqab7S5l

Sam Raimi absolutely still has it—Drag Me to Hell is a modern classic, with an all-time great ending. He’s the perfect choice to do PG-13 right-up-to-the-edge horror.

I’m so scared for doctor strange. Remember Sam raimi did most of the movies that destroyed the reputation of the superhero genre. This could be the first bad bad MCU movie.

Sam Raimi in talks to direct Dr Strange 2? Uh oh, you know what that might mean! Bruce Campbell in the MCU! pic.twitter.com/dMZznRYhf6

I love that Bruce Campbell starts trending as soon as Raimi is announced as the Doctor Strange director pic.twitter.com/57ZupxdIJt

Doctor Strange in the Multiverse of Madness is slated to open May 7, 2021.